2017 Infants : How does the DLC decide which lemurs to breed?

This is the 2nd of a series of posts exploring how the DLC determines which lemurs are bred, what ‘baby watch’ is like for techs and vet staff, and why it’s so important to increase captive populations of these rare and amazing animals.

Learn more, submit your own questions, and see our gallery of 2017 infants here.

Question 1: How does the DLC decide which lemurs to breed?

At the Duke Lemur Center, breeding is very carefully controlled. We’re a member of the Association of Zoos and Aquariums (AZA), and we adhere to the Species Survival Plan (SSP) for each of the species we actively breed. SSPs outline the breeding plans for each species as determined by a team of experts, which selects breeding pairs of males and females based on how genetically valuable their offspring would be to the captive population. The goal of each SSP is “to ensure the sustainability of a healthy, genetically diverse, and demographically stable population for the long-term future.”

Because we work within a network of excellent and responsible zoos, conservation partners, and other facilities, breeding plans are managed cooperatively. This means that, if the breeding recommendations aren’t in-house, we may send one of our lemurs to another facility for breeding or even receive a new male or female to pair with one of our lucky residents. For example, this year our new female crowned lemur, Sanura, was transferred from the Cleveland Zoo to the DLC because the SSP had determined that she’d be a good genetic match for Zuberi, one of our resident males. In this way, facilities across North America (and even around the world) all work together to build and maintain a genetically viable population of each species in captivity. 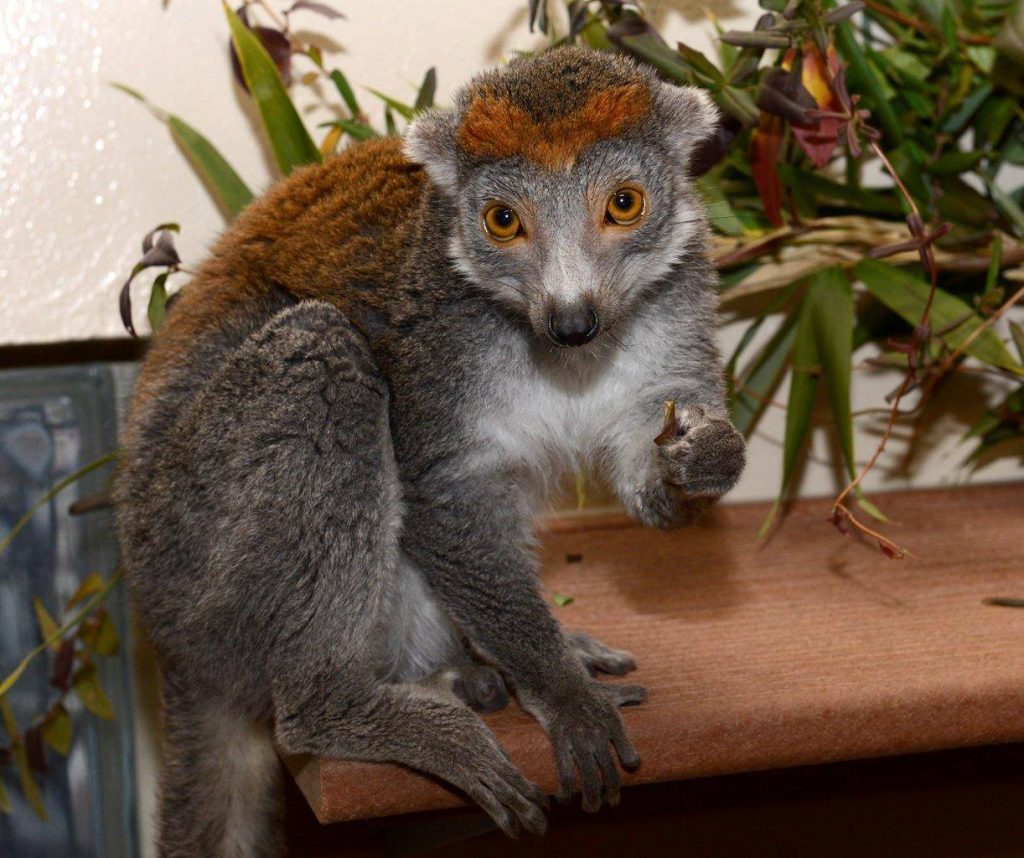 Photo: 2.5-year-old Sanura arrived at the DLC from the Cleveland Zoo in Nov ’16. After clearing quarantine, she was introduced to two brothers, 3.5-year-old Xonsu and 2.5-year-old Zuberi. Xonsu took an immediate and intense shine to Sanura, and he actively discouraged his brother from doing likewise. Alas for poor Xonsu, the crowned lemur SSP had previously selected him for pairing with a young female at Chicago’s Lincoln Park Zoo, while Zuberi was chosen as the lucky one to be paired with the lovely Sanura. Sorry Xonsu, may you have better luck in the Windy City!

Are there other considerations?

Yes indeed! SSP managers’ jobs can be quite complicated, and a variety of factors is considered in addition to genetics. For example, if a thriving family group of sifaka has four juveniles who continue to live harmoniously with their adult parents and together comprise a dynamic and interesting exhibit group or research group, and the SSP determines that the female would be a better genetic match if she were paired with a different male (thereby breaking up the family group), the value of the group as it is vs. the value to be gained by the new genetic match would be carefully weighed by the SSP managers. Ultimately, the recommendation might very well be made to keep the family group together as they are.

SSPs also take into account single animals who may not be genetically valuable, but who need a companion animal. In these cases, the SSP managers may recommend moves like transferring a single female to another institution where she can be paired with a non-breeding companion. Kidman, a blue-eyed black lemur born at the DLC in 1994, recently returned from the Los Angeles Zoo to spend her final years as a companion animal to our blue-eyed black lemur Presley. 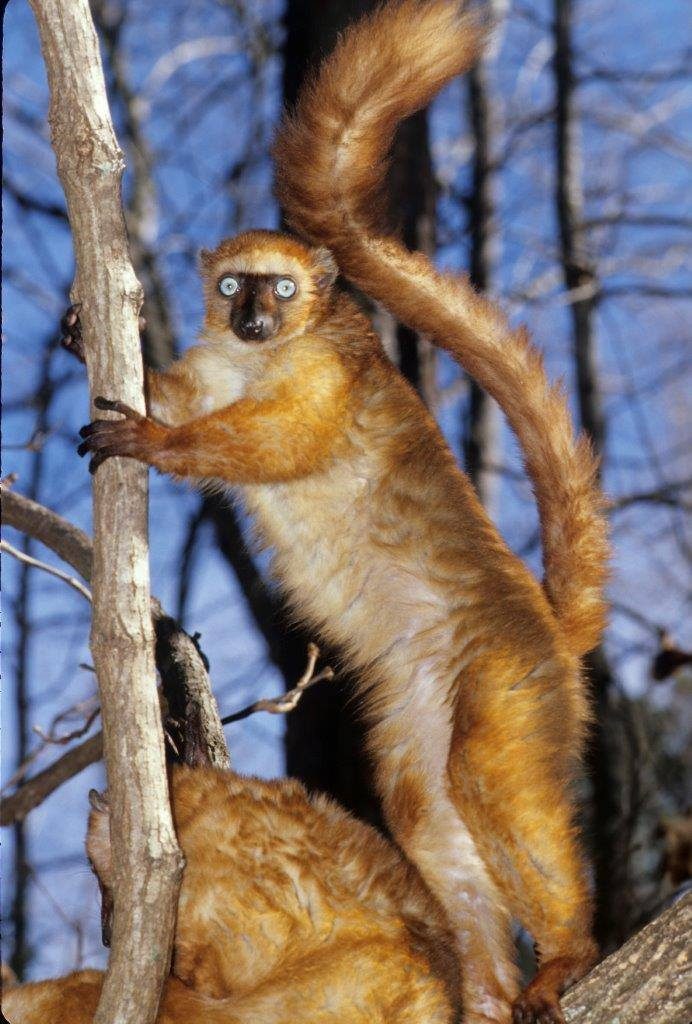 Photo: Kidman, now in her mid-20s and unable to breed, has returned to her original home at the DLC as a companion to our single male, Presley. The DLC, of course, welcomed the return of our prodigal lemur with open arms! Although Kidman is 22 years older than she was when this photo was taken, she is still a stunning animal.