Learning from a Loss: The story of Winnie, a rare lemur with an even rarer disease

An aye-aye’s cancer diagnosis brings together veterinarians, doctors, and scientists from NC and around the world

Originally published in December 2021 in Issue 3 of the Duke Lemur Center’s annual magazine. 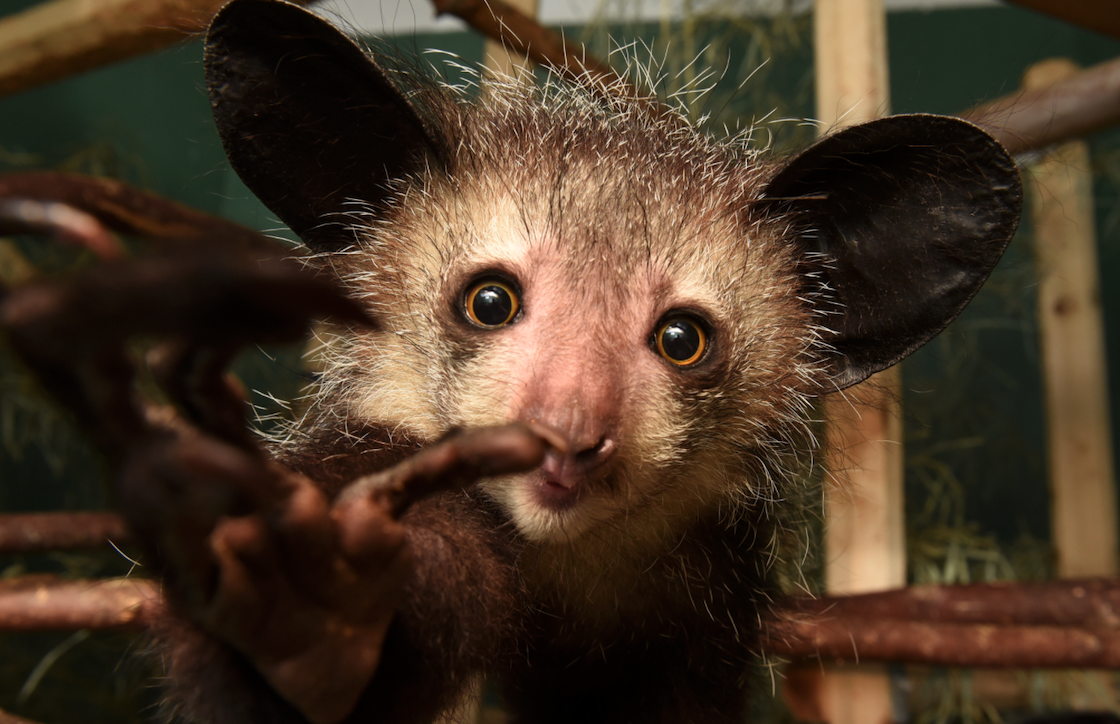 Named “Winifred” after Bette Midler’s character Winifred Sanderson in Hocus Pocus, the infant was born to first-time mom Fady, a five-year-old female on loan from the San Diego Zoo.

Fady arrived at the Lemur Center in September 2019 to join our conservation breeding program, as organized through the Association of Zoos and Aquariums’ (AZA) Species Survival Plan. Aye-ayes are endangered in Madagascar, and there are fewer than 30 individuals within human care in the United States. Of those, 10 live at the Duke Lemur Center, where they help maintain a genetic safety net for aye-ayes in the wild.

As Fady’s first offspring, Winnie’s birth was especially exciting. Her grandsire, Nirina, had been imported from overseas and was unrelated to any other aye-ayes living in North America. Through him, Fady and Winnie introduced a brand-new genetic line into the DLC’s aye-aye population. That infusion of fresh genetic material is essential for the success of any conservation breeding program, as the more genetically diverse a population is, the more resilient and healthy it tends to be.

During her first stage of life, Winnie was a typically active and inquisitive aye-aye infant. She appeared to have inherited her mother’s curiosity, peeping out of the nest at just five weeks old and venturing fully out of the nestbox by two months of age—ready to explore the wider world.

Fady proved to be an excellent mother, and she and Winnie were often seen wrestling and playfully chasing each other around their enclosure.

By spring 2021, Winifred had entered the stage, typical of aye-aye infants six months of age and older, where she might alarm human visitors by charging them from across the room in mock attacks.

At that point, however, things began to change. In mid-April, at around 10 months old, Winifred’s keepers noted that she was acting a bit “off,” showing less interest in solid food and spending far less time than she typically did moving around and exploring her room.

Winnie was brought in for an exam, during which the DLC’s veterinarians discovered a large mass in her right arm. The biopsy results came back with bad news: The mass was a cancerous tumor that occurs in bones and soft tissues, known as a sarcoma.

Never before had an aye-aye been diagnosed with cancer.

The prognosis was grim. “Because sarcomas tend to be particularly aggressive in human children,” says DLC veterinarian Laura Ellsaesser, DVM, “we knew that what were we up against was probably not good.” So the Duke Lemur Center sent out a call for help, reaching out to experts worldwide for assistance in Winnie’s case. After the call went out for consultations and information, the number of responses was simply astonishing.

One of these experts was Tara Harrison, DVM, MPVN, a veterinary oncologist and Associate Professor at NC State University’s College of Veterinary Medicine. Dr. Harrison and NCSU have collaborated with the Lemur Center for many years, and both were quick to get involved in determining the diagnosis and potential treatment for Winnie’s case.

Dr. Harrison offered not only her own expertise, but also looped in the Exotic Species Cancer Research Alliance (ESCRA), an international network of veterinarians, researchers, and doctors from over 90 animal care facilities. “We all work together on multiple cases to try to help come up with the best outcome for that animal,” says Dr. Harrison. “Through collaborations with human oncologists, we shared Winnie’s case with the top experts of pediatric sarcoma medical oncologists worldwide.”

Once Winnie’s sarcoma was confirmed, the next step was to get a better picture of the extent of the cancer. The DLC and collaborators reached out to the Triangle Veterinary Referral Hospital (TVRH) in Durham, NC, who graciously agreed to provide state-of-the-art veterinary diagnostic tools at no charge to assist with the case. At TVRH, Winnie underwent a CT scan to map the cancer and an echocardiograph to test her heart function.

But there was one additional test required to confirm those results: Winnie needed a positron emission tomography (PET) scan, the gold standard for imaging scans that test for cancer throughout the body. Because PET scans are rarely used in veterinary medicine, finding one that could work for Winnie was a challenge.

The Duke University Medical Center stepped in, and the Positron Imaging Research Lab in the Duke Department of Radiology immediately began working with the DLC and Duke’s Institutional Animal Care and Use Committee to determine whether their facility could work with animals as unusual as an aye-aye. Access was approved, and just over a week after her diagnosis, Winnie underwent a PET scan. 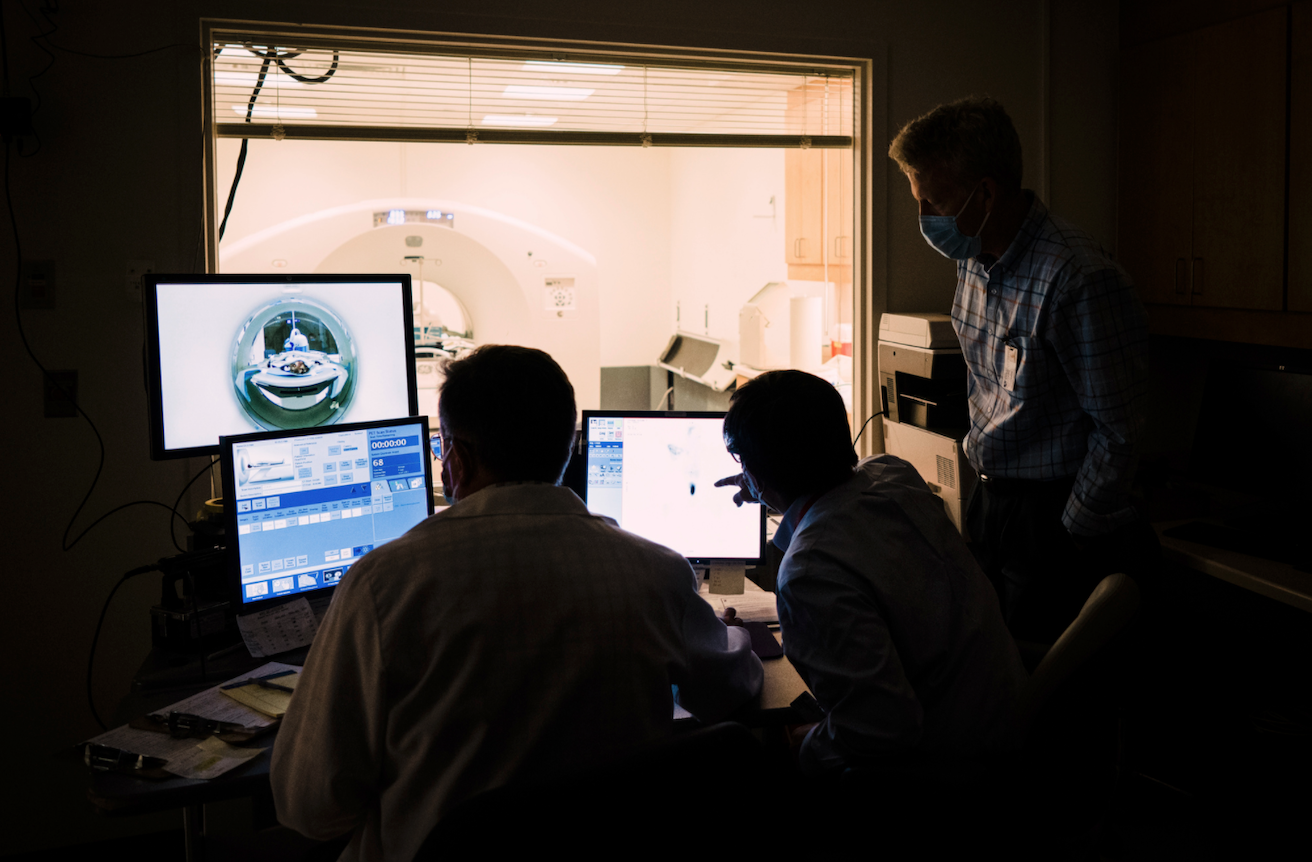 Sadly, the CT and PET scans revealed that there were cancerous cells in the lymph nodes of Winnie’s arm.

“A large part of the conversation was about how the various treatments would affect Winnie,” recalls Dr. Cindy Eward. “If relatively minor surgery could remove the mass and cure her, everyone would be on board.” But with the cancer in Winnie’s lymph nodes, it was determined that the most effective treatment would be an aggressive one: the amputation of the limb, including removal of the infected lymph nodes, followed by chemotherapy or radiation treatment. But it was a complete unknown how Winnie would react to these aggressive treatments.

“We needed to consider how she would tolerate recurrent visits to the hospital and whether these treatments would have long-term effects on Winnie’s health and even her future fertility,” says Dr. Cindy Eward.

Because aye-ayes rely on their arms and hands for many aspects of their behavior, including their specialized foraging technique, an arm amputation would alter Winnie’s behavior and adversely affect her quality of life. In addition, although there are many treatments for cancer, none has ever been tested in aye-ayes and the potential side effects of chemotherapy are unknown.

Lastly, for many sarcomas, it is still unknown whether the cause is heritable; so if Winnie were to have infants of her own, there was a risk that she could pass on a genetic risk of cancer.

Ultimately, with the input of all the experts, it was decided that the consequences of aggressive treatment were too harmful and that the best course of action would be to monitor Winnie over time and to promote her quality of life.

Meanwhile, Winnie herself was remarkably resilient and her personality always shone through her disease. Winnie’s caretaker, Jenna Browning, recalls that Winnie remained “full of curiosity, spunkiness, and always so playful with her devoted mom, Fady.”

Throughout the case, Jenna and the DLC’s Curator of Behavioral Management and Welfare, Meg Dye, MSc, worked with Winnie on monitoring and training. “Using positive reinforcement training, lemurs learn to actively participate in veterinary treatments or exams, making it less stressful for them,” says Jenna.

For example, Winnie learned how to stay in one spot for an extended period and to hang upside down with her arms extended towards the ground. She was also being trained to grab onto a wooden dowel to test her grip strength and range of motion in the affected arm. “These behaviors,” Jenna explains, “would make it easier for vet staff to examine her arm and mass closely in her own environment, as frequently as needed.” 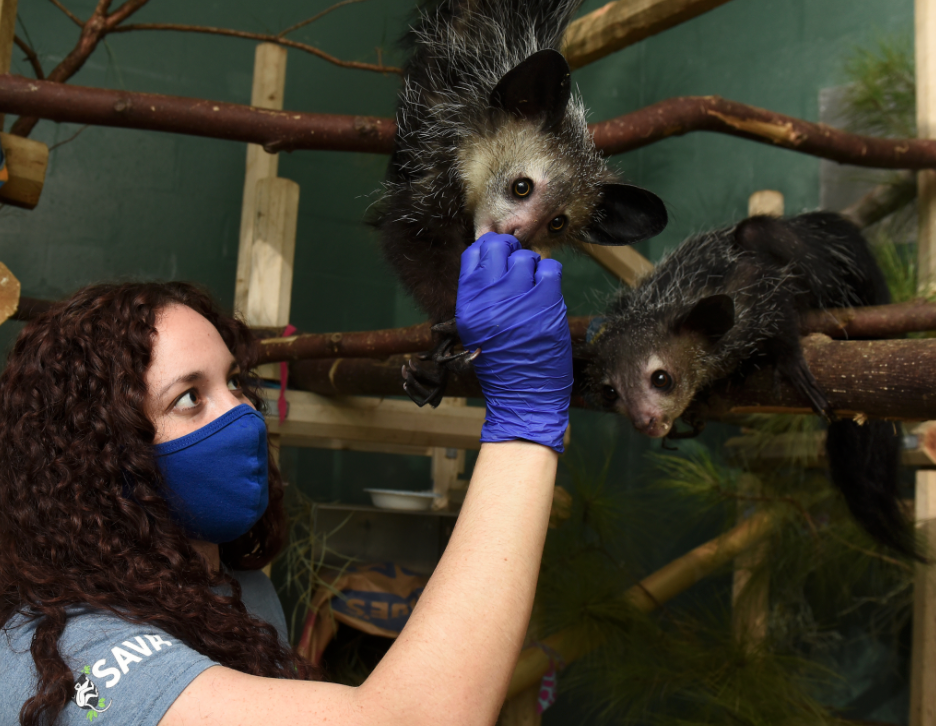 With the help of Winnie’s caretakers, veterinarians were also monitoring Winnie’s overall quality of life, including her appetite, locomotion, behavior, and any signs of irritation or pain. “We created an in-house animal welfare assessment customized for aye-aye behavior and individualized specifically for Winnie,” says Dye. “These data were shared with the veterinary and husbandry teams on a regular basis and served as an additional tool alongside in-person observations.”

By midsummer, Winnie’s quality of life had begun to decline. Her disease had progressed rapidly and she was showing signs of discomfort. The first week of July 2021, two weeks after Winnie’s first birthday, the decision was made to humanely euthanize her to avoid the suffering she would inevitably have endured had she continued to live. It was a crushing loss and a devastating decision to make, but it was undoubtedly the right thing to do for Winnie.

Upon her death, DLC veterinarians discovered that, since Winnie’s PET scan three months before, the cancer had metastasized throughout her body, infecting her lungs and other organs.

Despite the sad ending to Winnie’s own story, her legacy will help us care for future generations of lemurs. Upon Winnie’s death, Dr. Harrison was able to take samples of the infected tissue for extensive testing. “We’re growing cell cultures and sequencing the genome of the cancer cells to see where the mutations are and whether they’re heritable,” says Dr. Harrison. “We can then treat those cells in the lab with different chemotherapies to give us some insight as to which potential therapies can be tried if it is diagnosed again.”

Throughout Winnie’s unique case, a vast and dedicated network of veterinarians, doctors, and scientists came together under the unifying goal of improving the lives of Winnie and other animals like her. All services were donated pro bono, and the entire case will be published in a scientific journal and included in ESCRA’s growing database so that other veterinarians and animal professionals will have access to the knowledge gained throughout this process.

“The answer we get from Winnie’s cancer could have greater implications not just for animals but for humans too,” explains Dr. Harrison. “Winnie has the potential to save many others.”

When asked what they took away from Winnie’s case, everyone on Winnie’s care team shared the same sentiment. As Dr. Ellsaesser puts it, “The most incredible part of this case was how hard everyone was willing to fight to get us the information we needed to make the best decision for Winnie. The willingness of so many people to dive in and provide their input and expertise, was really humbling and phenomenal.”

Cancer is a broad term used to describe when the when the normal cycle of cell birth, growth, and death has gone wrong. Just like humans, lemurs have many millions of cells that die and are replaced every day. Cancer occurs when there is a hiccup in this process. Cancer cells are those that grow too rapidly or spread to the wrong place in the body, known as metastasizing, which causes masses of cancerous cells, or tumors. These tumors can disrupt the function of normal cells throughout the body.

Cancer is considered a genetic disease, meaning that the source of the disease is controlled by genes. Genes are the code that tell cells how to function, including when and where to replicate. If there is an error or a mutation in certain genes, it can cause problems in the normal cell cycle.

The genetic errors that cause cancer can also come from environmental factors. These cancer-causing factors, known as carcinogens, can damage genes and disrupt their normal function.

Why is cancer so difficult to treat?

Because cancer can be caused by so many different things, it is often difficult to determine the source of the disease. With millions of cells replicating and growing every day, there are millions of opportunities for something to go wrong. When and where these errors occur can sometimes be predictable, but it can also be spontaneous, making it difficult to catch in the early stages.

In cases where a type of cancer is rare or not well understood, it is difficult to predict which treatments will be effective. Because our understanding of cancer comes mainly from studies on humans, it is even more difficult to identify and treat cancers in animals. But veterinary oncologists, those who study cancer in animals, are rapidly gaining more knowledge with the goal of one day having successful cancer treatments for a wide range of animals. 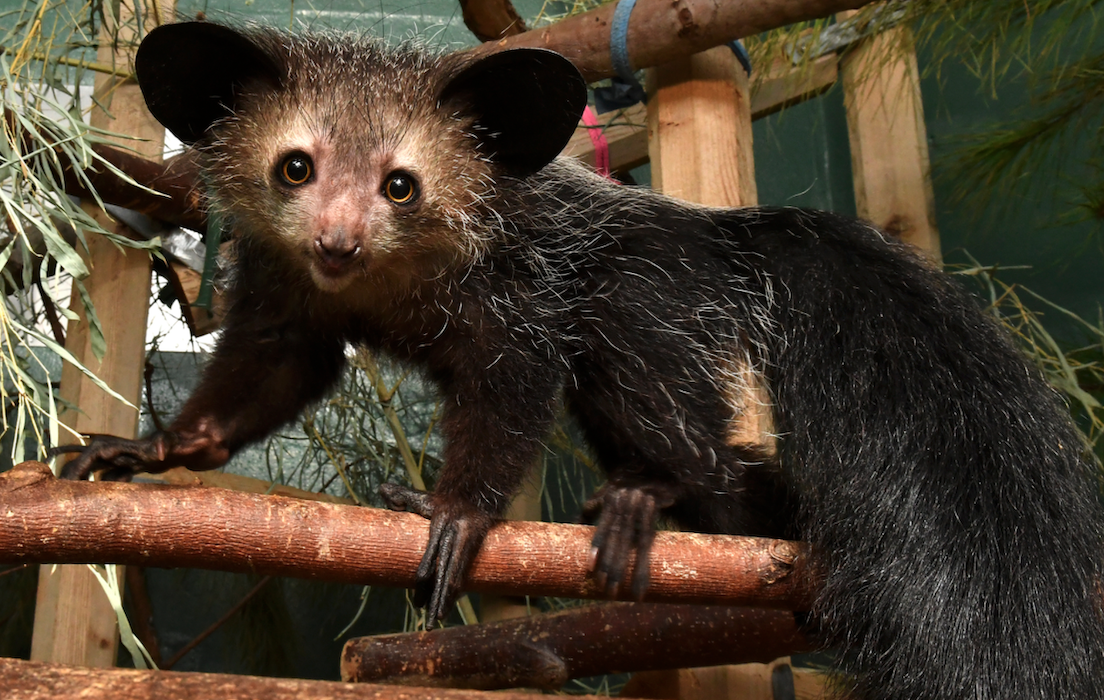