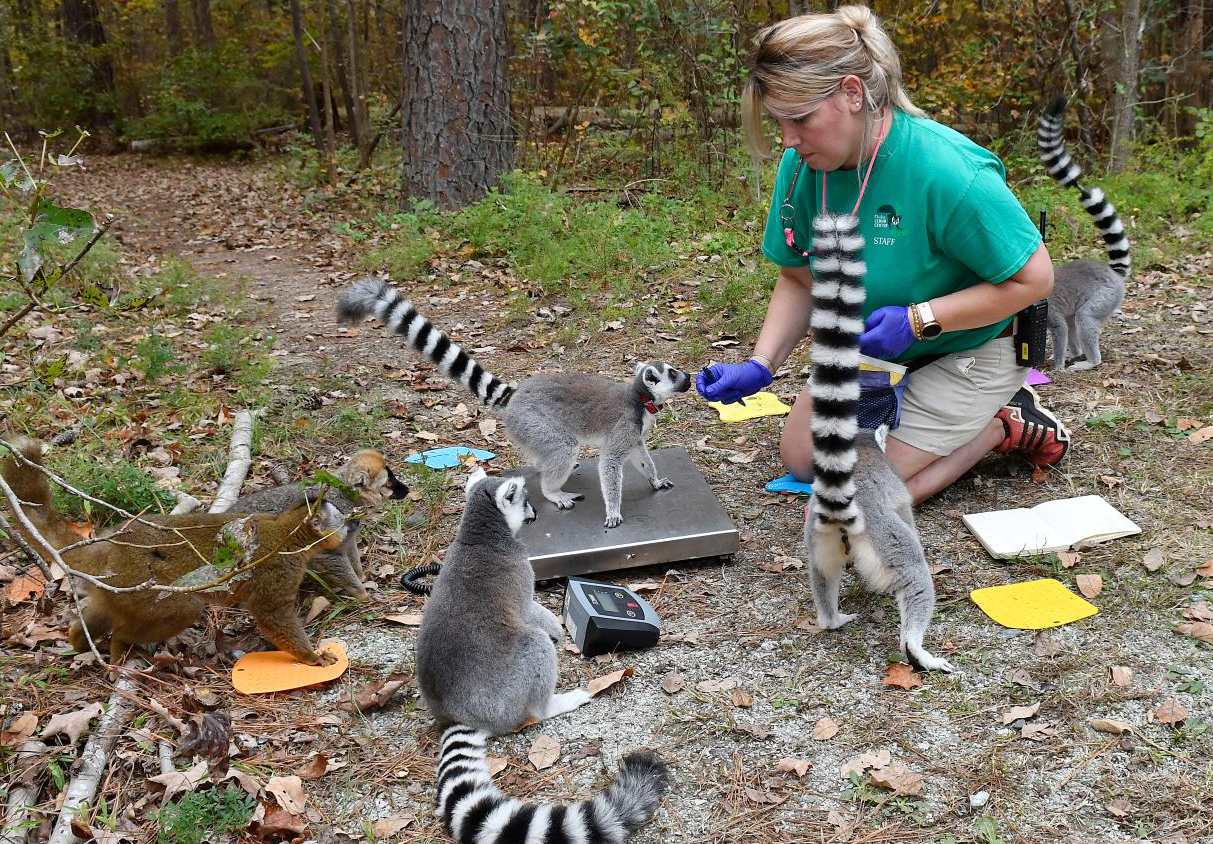 Julie uses positive-reinforcement training to teach ring-tailed and red fronted lemurs to voluntarily sit on a scale for routine weighings. Note: this photo was taken pre-Covid; masks are now required.

“To say that I have wanted to work with animals since I was little is far from an exaggeration. I knew ever since I was a girl that I wanted to be a zookeeper. Knowing this, my mom found an explorer program that I could participate in, and off to the Pittsburgh Zoo we went! At the zoo, I had the opportunity to talk with the reptile keeper who told me, ‘I’d rather work with someone who has wrestled an alligator than read about them in a book.’ He suggested that I attend the Santa Fe Community College Zoo Teaching Program in Gainesville, FL. In fifth grade, I packed my bags and waited!

“In 2002, after high school graduation, I headed to Gainesville to attend SFCC. They offered a 10-acre AZA-accredited zoo with 70 different species, including some of my favorites: red ruffed lemurs, Matschie’s tree-kangaroo, Asian small-clawed otters, collared peccaries, white-handed gibbons, and caracals. They also gave me the opportunity to conquer my fear of snakes, which I did not!  I worked five semesters handling venomous and non-venomous snakes, and lizards. At the end, the only reptiles I enjoyed had legs! Most importantly, I learned some of the golden rules for working in the zoo field, which has helped me in so many ways in the job I have now. While at school, I also volunteered at a large cat sanctuary and the Jacksonville Zoo.

“I graduated in 2004 and moved back home to Pennsylvania to marry my high school sweetheart. While there, I worked at a small animal veterinarian practice as a veterinarian technician, while applying to zoos all over the country to get my foot in the door. I so enjoyed my time as a vet tech, and learned things that had previously been out of my comfort zone. I was able to assist in surgeries, draw blood, give fluids, and so much more. I had no idea how useful the medical knowledge that I gained there would help me in this job as well.

“I never thought that primates were my passion; instead, I always felt more like a carnivore- or hoofstock-keeper. Desperate to get into the field, I had the opportunity to apply here at the DLC in 2006. During the interview, I met Merlin (an aye-aye) and Titus (a golden crowned sifaka), and I was hooked on lemurs!

“Throughout the years, I’ve had amazing opportunities to work with amazing people and animals. I became a lead technician in 2011, and was selected to be the aye-aye vice chair in 2014. I have traveled all over the world, including Madagascar, working with aye-ayes and training zookeepers on aye-aye behavior, breeding, and handling while learning from them as well.

After working at DLC for so many years, I was able to experience the non-invasive research that is done here—and, wanting to grow more and learn another side to the Lemur Center, I began thinking about a career change. At the beginning of 2021, I had the opportunity to start working part time as a research technician. During this year I began training and learning a whole new set of skills. I a full-time research technician position in January 2022, and I’m excited for this new path in the animal field!” 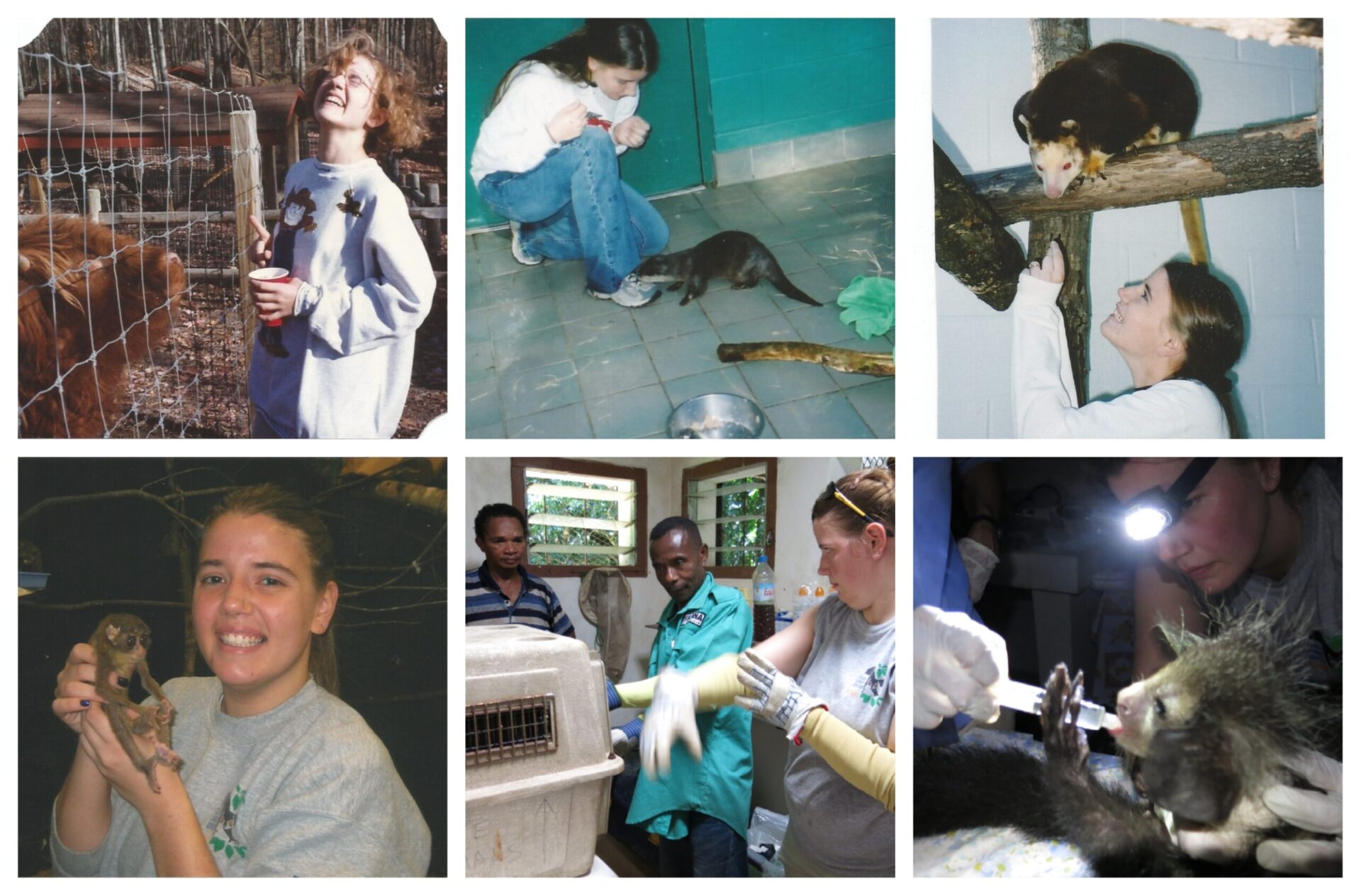