On Christmas morning, many children are excited to see what Santa has brought them. Animal care technicians at the Duke Lemur Center also received a special delivery on December 25: Camilla, a critically endangered Coquerel’s sifaka! Camilla is the first infant of the season and the second infant born to Lupicina (Lupi) and Elagabalus (Gabe). This family group also includes older brother Felix. 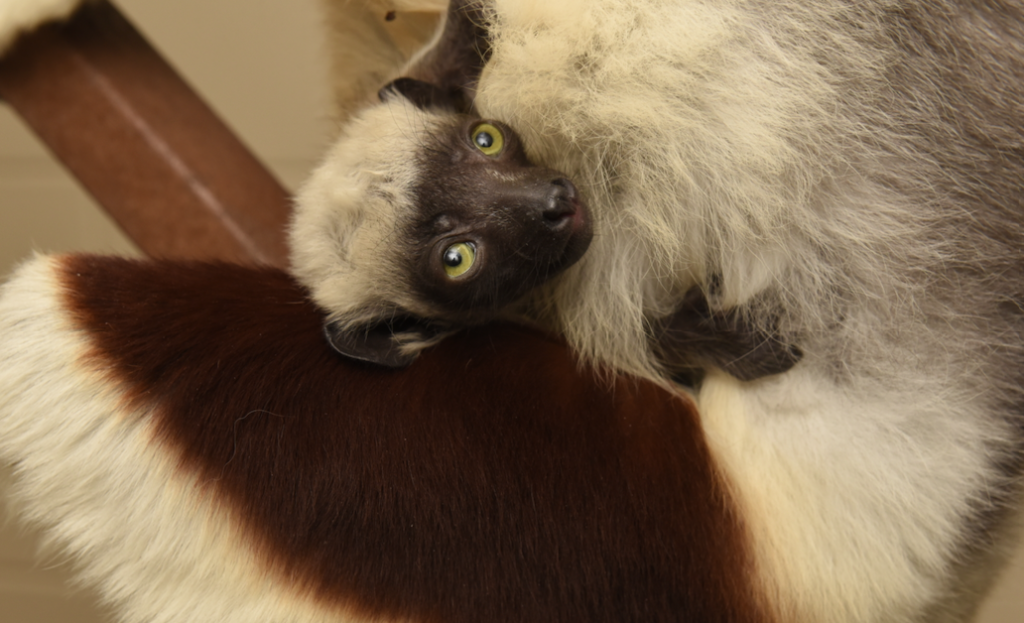 Coquerel’s sifakas, like most lemur species, are female dominant. Lupi gets to decide how much access the rest of her family has to her newest addition. As an experienced partner, Gabe respected her space during his first supervised introductions to Camilla, occasionally coming over to smell and groom the infant before moving away.

“Felix has been grooming and holding his little sister for short periods of time before Lupi takes her back. He definitely knows his limits and has been gentle and sweet with her,” adds the family’s primary caretaker, Brittany Canfield, who has been excited to see Felix embrace the role of big brother. While she is too small to bounce and play just yet, we cannot wait to see the fun Camilla and Felix have free-ranging in their forested habitat this summer. 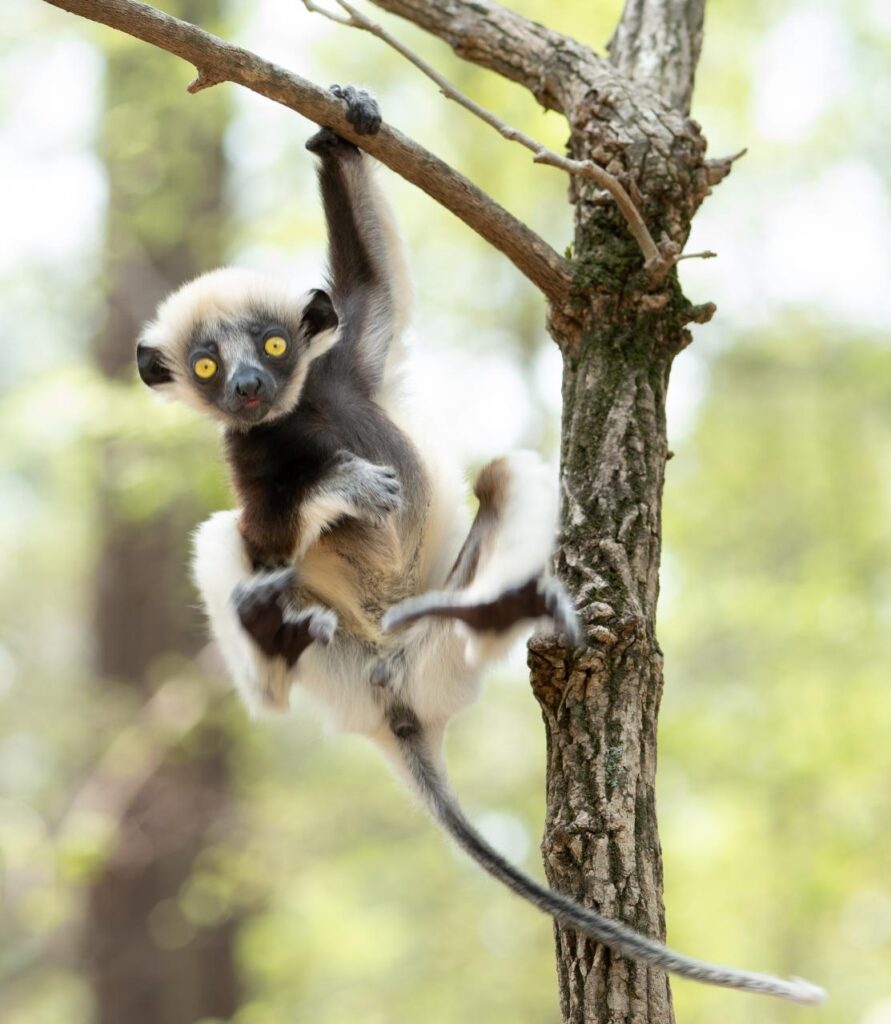 In Madagascar, Coquerel’s sifakas are threatened by habitat loss and hunting. As a group, lemurs are the most endangered mammals on Earth, with 95% of species at high risk of extinction. Coquerel’s sifakas were uplisted from Endangered to Critically Endangered in 2018 by the International Union for Conservation of Nature (IUCN). Camilla’s birth strengthens the genetic safety net we’re building at the Duke Lemur Center to protect this critically endangered species from extinction.

How you can help Coquerel’s sifakas

Send a Valentine: Last year, our Love and Lemurs Valentine’s Day fundraiser helped provide funds for our conservation breeding program, allowing us to welcome new infants like Camilla this year. Help support the next generation of lemurs at the Duke Lemur Center by ordering a Valentine for yourself or a loved one! With a donation of $25, you’ll receive a truly unique, and absolutely adorable, shareable video valentine.

Send a “baby shower” gift: Make a lemur’s day by sending a special gift in Camilla’s honor via the DLC’s amazon.com wishlist!

Adopt a sifaka: Want to learn even more about sifakas AND help support their care, not only here but also in Madagascar? Consider symbolically adopting Pompeia, a female Coquerel’s sifaka, through the DLC’s Adopt a Lemur program! Adoption packages start at just $50, and every contribution helps provide the complex care that all lemurs, including Felix and his family, receive every day at the Duke Lemur Center.