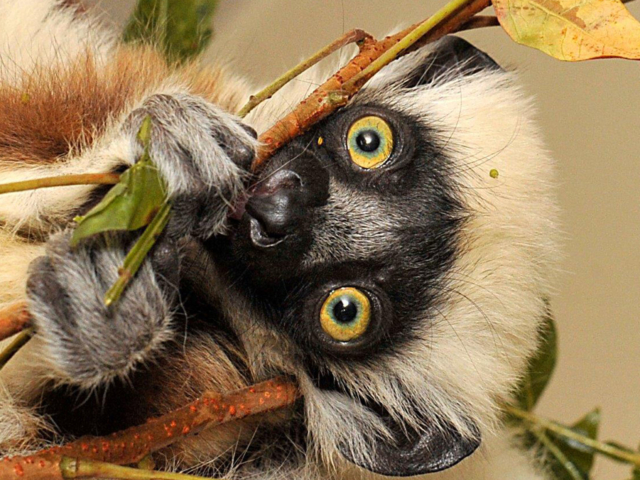 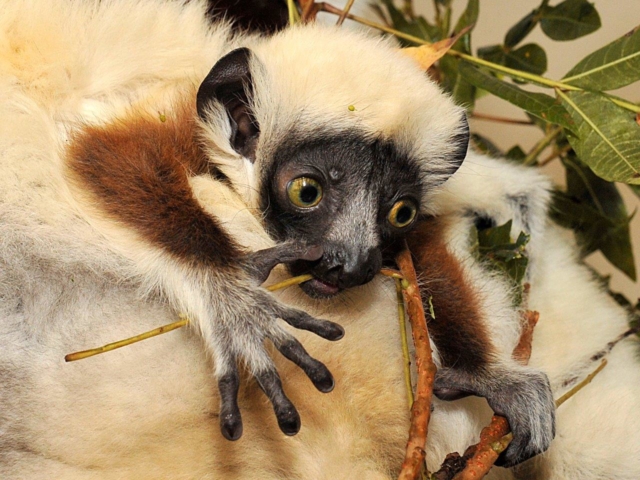 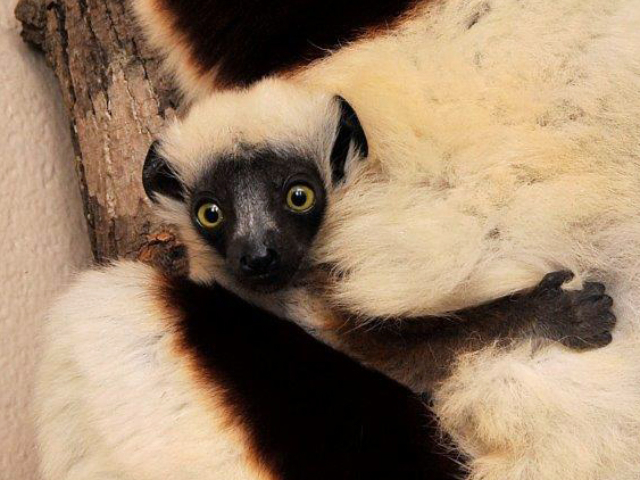 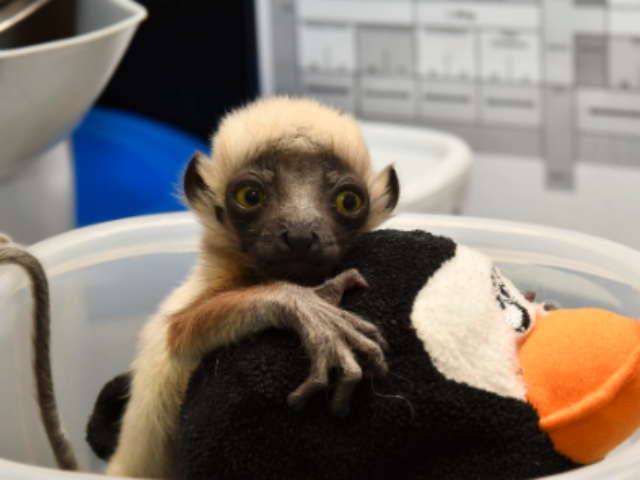 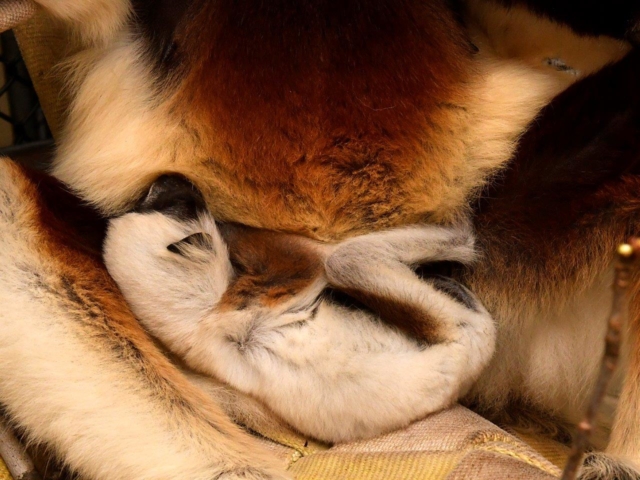 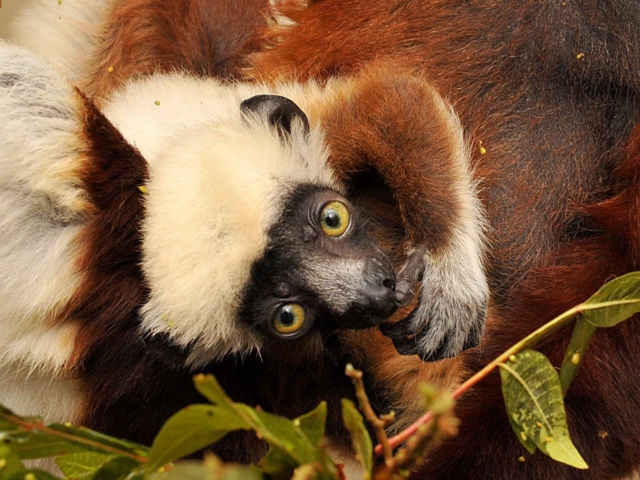 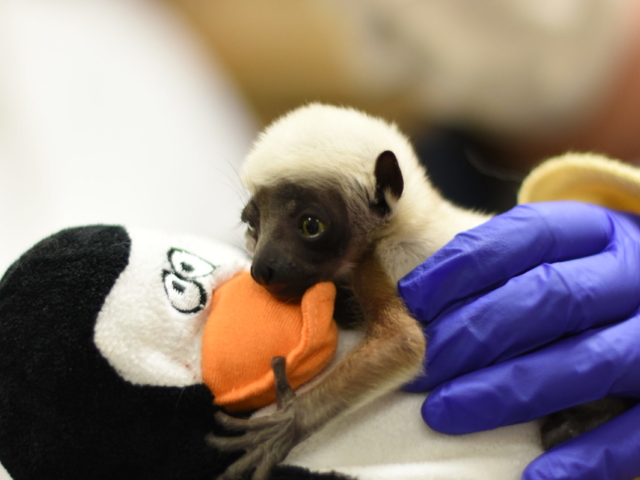 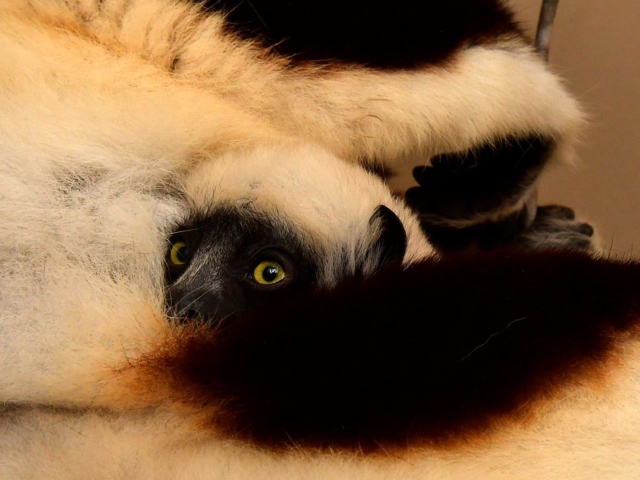 Lemurs are Earth’s most threatened group of mammals — and sifakas are among the most threatened lemurs of all. At the Duke Lemur Center, we’re excited to announce that this winter, the population of these critically endangered primates has increased by an additional TWO!

“The arrivals of these two infants remind us, even in difficult times, of the power that lemurs have to make us smile,” says Greg Dye, Executive Director of the Duke Lemur Center. “New births bring joy and instill hope; and we’ll continue to do everything we can to protect lemurs from extinction even in such uncertain times.”

Please join us in celebrating the arrivals of our brand-new Coquerel’s sifaka infants, Terence and Didius, nephew and grandson of the famous Zoboomafoo! 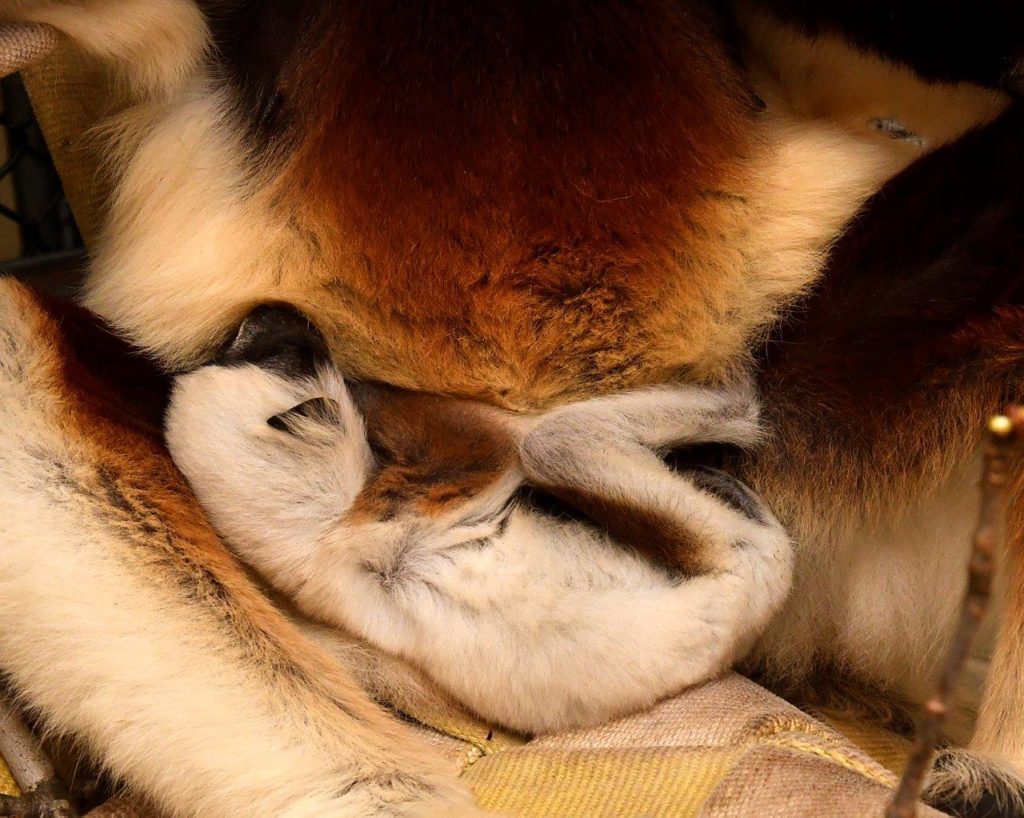 Meet Terence! Lively, vocal, and strong, Terence was born on January 21, 2020 to parents Rupillia (Rupi) and Gordian. Rupi was born in 1999 and is little sister to Jovian, star of the Kratt brothers’ beloved PBS show “Zoboomafoo,” who was five years her senior.

For their first week together, Rupi and Terence — like all mommas and infants at the DLC — lived together in a “nursery suite” separate from dad and big sister Magdalena (born May 14, 2017), as infant survival rates are significantly higher when mom and baby are away from the group for a few days and gradually reintroduced when the infant is less vulnerable. On their first meeting on January 27, Magdalena appeared very excited to meet her little brother. Rupi allowed her daughter to groom and touch the infant, but when Magdalena got too carried away — boisterous grooming that began to border on wrestling — momma put her daughter in her place, settled onto a shelf, and quietly nursed the baby.

Watch this video of Terence, just shy of 1.5 months old, nibbling leaves from the comfort of mom’s lap! 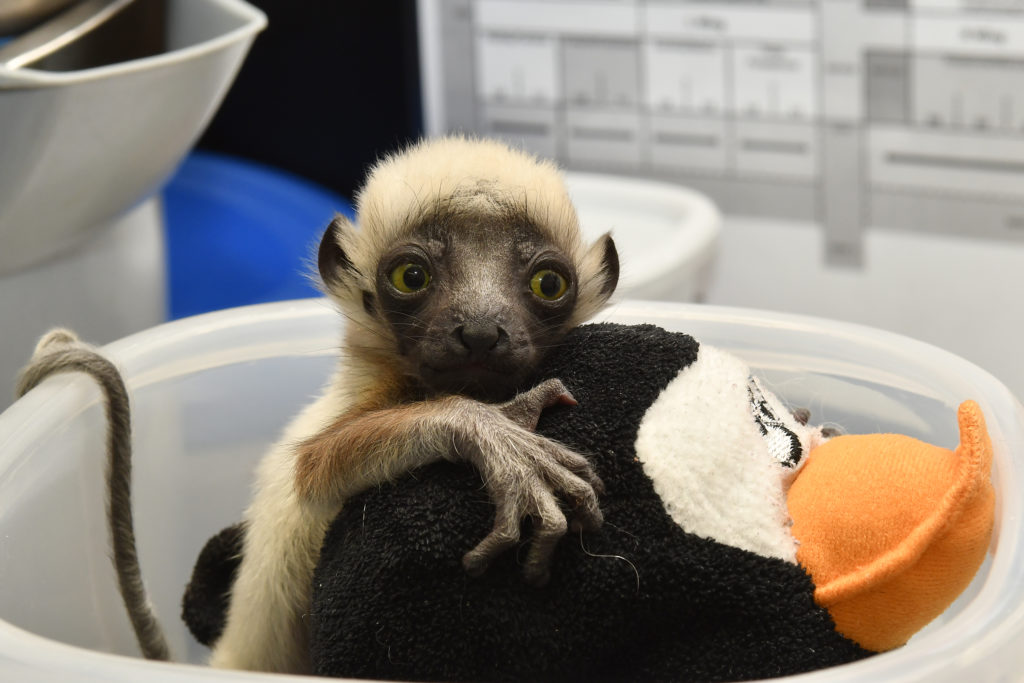 One-day-old Didius clings to a stuffed penguin while being weighed during an infant wellness exam. Photo by David Haring.

Meet Didius! Didius was born on January 22, 2020 to parents Gisela and Rupert. Strong and healthy, Didius tipped the scales at 100 grams at his first weigh-in, afterward gaining an average of one gram per day. Sifakas are female-dominant, and a mother sifaka controls the sire’s access to the infant. Although Gisela was initially annoyed with Rupert, by February 1 she had allowed dad to groom the fur on Didius’s head – although she still picked on poor Rupert during his one-hour supervised “visitation”!

Didius is a direct descendant of sifaka royalty: His mother, Gisela, was born at the DLC in 2012 and is the daughter of Jovian and Jovian’s longtime mate, Pia.

As a group, lemurs are the most endangered mammals on Earth, with 95% of species at high risk of extinction. Although Coquerel’s sifakas are currently classified as ‘Endangered’ by the International Union for Conservation of Nature (IUCN), an upgrade to ‘Critically Endangered’ status was proposed to the IUCN committee last year.

Subsistence agriculture is a primary cause of deforestation in Madagascar. Coquerel’s sifakas live in the island’s western dry forests, which are experiencing increased rates of deforestation due to slash and burn agriculture. Unlike other forest types, dry forests, once they are gone, are extremely difficult to regenerate; and severe population declines of wild Coquerel’s sifakas are expected in the next decades.

In this way, lemurs at the DLC and other accredited institutions around the world form a genetic safety net for their species. A healthy, genetically diverse remnant population of Coquerel’s sifakas at the Lemur Center ensures that, even if these lemurs go extinct in the wild, they will continue to survive – and thrive – at the DLC. They will not be lost forever. 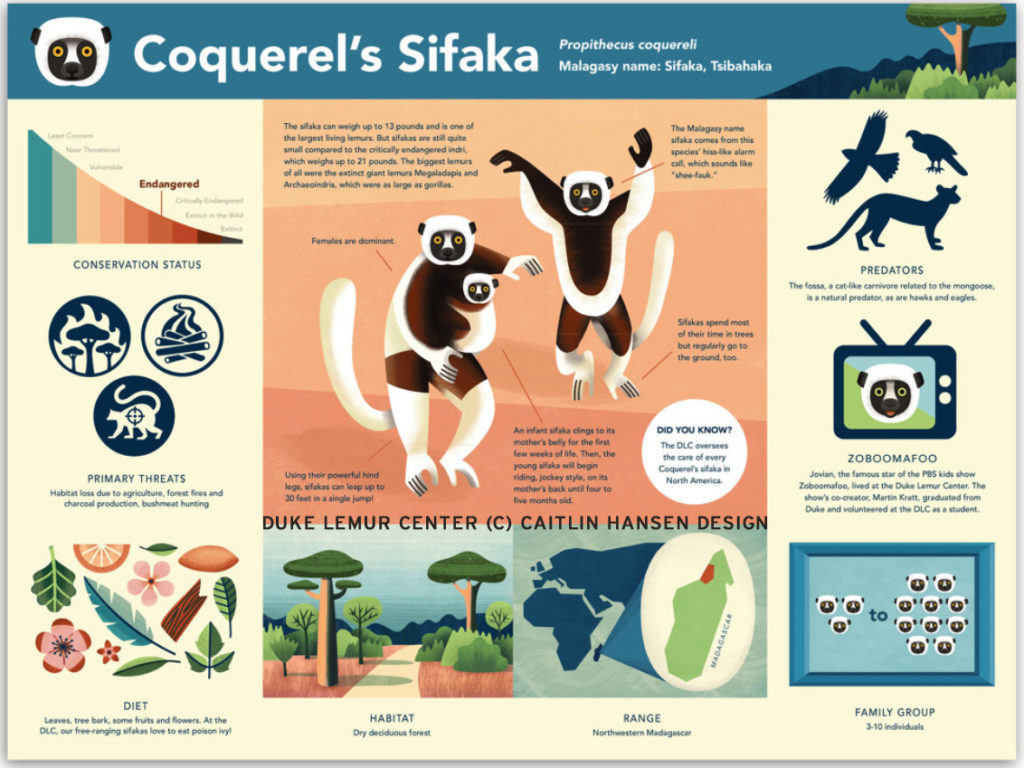 It costs $8,400 per year to feed, house, and care for each lemur at the Duke Lemur Center. Please consider making a donation or symbolically adopting a lemur today. Your gift at any level makes a difference!