Lemurs can smell weakness in each other 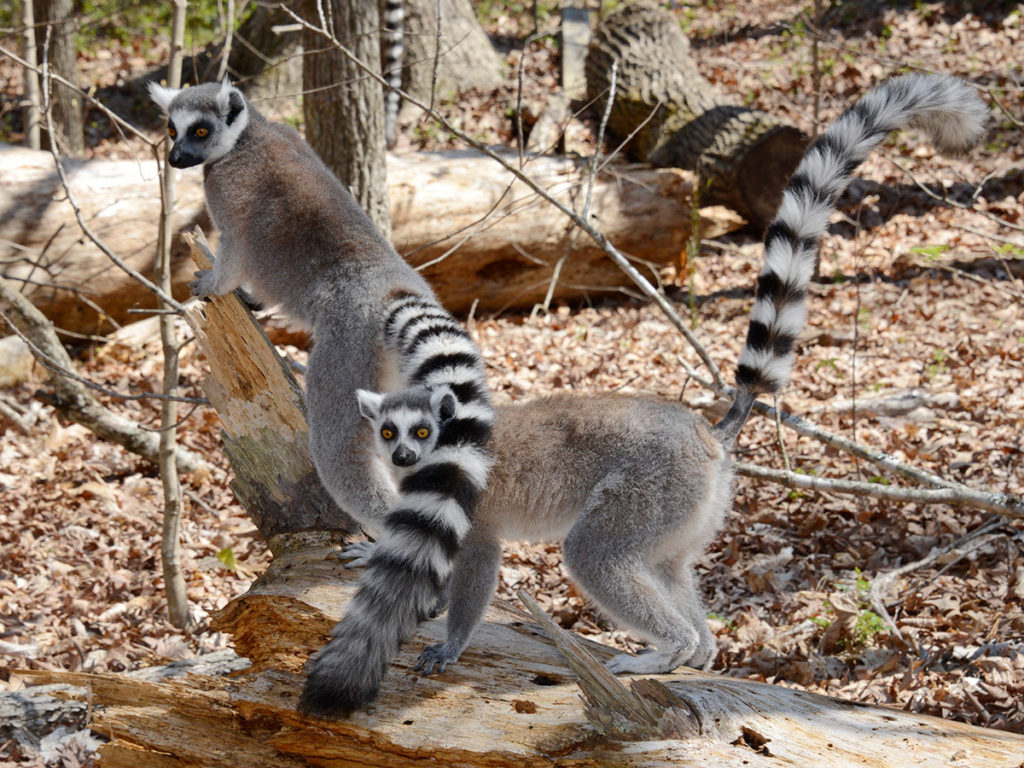 Ring-tailed lemurs such as these at the Duke Lemur Center can tell that a fellow lemur is weaker just by the natural scents they leave behind, researchers report. Males act more aggressively toward scents that smell “off.” Photo by David Haring.

By Robin Smith.
Published in Duke Today on June 28, 2018. Read the original HERE.

Some people watch the competition carefully for the slightest signs of weakness. Lemurs, on the other hand, just give them a sniff.

These primates from Madagascar can tell that a fellow lemur is weaker just by the natural scents they leave behind, finds a study on ring-tailed lemurs led by Duke University researchers. Males act more aggressively toward scents that smell “off.”

“Our study shows that physical injury from peers dampens an animal’s scent signature, and in a way that its counterparts can detect,” said Duke professor of evolutionary anthropology Christine Drea.

The findings appeared online June 29 in the journal Scientific Reports.

Body odor is a big deal for ring-tailed lemurs. Males and females have potent scent glands on their genitals that secrete a foul-smelling substance. When they smear these smelly secretions on twigs and branches in their territory, they leave behind a signal made up of 200 to 300 different chemicals that tells other lemurs who was there and whether they are ready to mate.

The odor is “quite pungent and musky,” said Rachel Harris, who conducted the research as a postdoctoral associate in evolutionary anthropology at Duke. “It’s not something you’d want to get a big whiff of!”

The team used cotton swabs to collect scent secretions from ring-tailed lemurs at the Duke Lemur Center in Durham, North Carolina. Between 2007 and 2016, researchers swabbed 23 individuals while the animals were receiving veterinary treatment for wounds or other injuries, usually the same day they were hurt or shortly afterward.

In the wild and in captivity, lemurs fight to determine who’s in charge or who gets to mate, chasing and lunging at each other and biting, swatting or pulling out tufts of fur. Such scuffles are normal behaviors for lemurs and can leave them with cuts, bite marks and other wounds.

On one occasion, a male named Aracus got hurt in a skirmish with a younger rival over a female and cut his hand and cheek. In another case, a lemur named Herodotus hurt his big toe during a bad landing.

Tests with gas chromatography-mass spectrometry revealed that injury changed the chemical cocktail that makes up their scent. The number of compounds in the scent decreased by 10 percent while they were wounded.

The lemurs’ natural musk was particularly muted when they were injured during the mating season, when fights are more common, the researchers found.

“The breeding season is a period of heightened stress,” Drea said. Males that are injured during this time “can’t sustain their olfactory signals.” In other words, they can’t realize their natural fragrance’s full potential because scent signals are energetically costly and can’t easily be faked to fool rivals or potential mates, Drea said.

The patterns persisted even after accounting for changes in the lemurs’ odors caused by taking antibiotics while they recovered. Although the differences were too subtle for the human nose to pick up, other lemurs could sniff them out.

The males marked over the injured animals’ odors using extra scent glands on the insides of their wrists to assert their dominance.

The researchers think the lemurs may be using scent to detect changes in their competitors’ fighting ability, and act more aggressive when they smell weakness.

“They respond more competitively when they could easily have the upper hand,” Drea said.

“These animals constantly monitor the physical condition of their competitors and respond quickly to any opportunity to climb the social ladder,” Harris said. 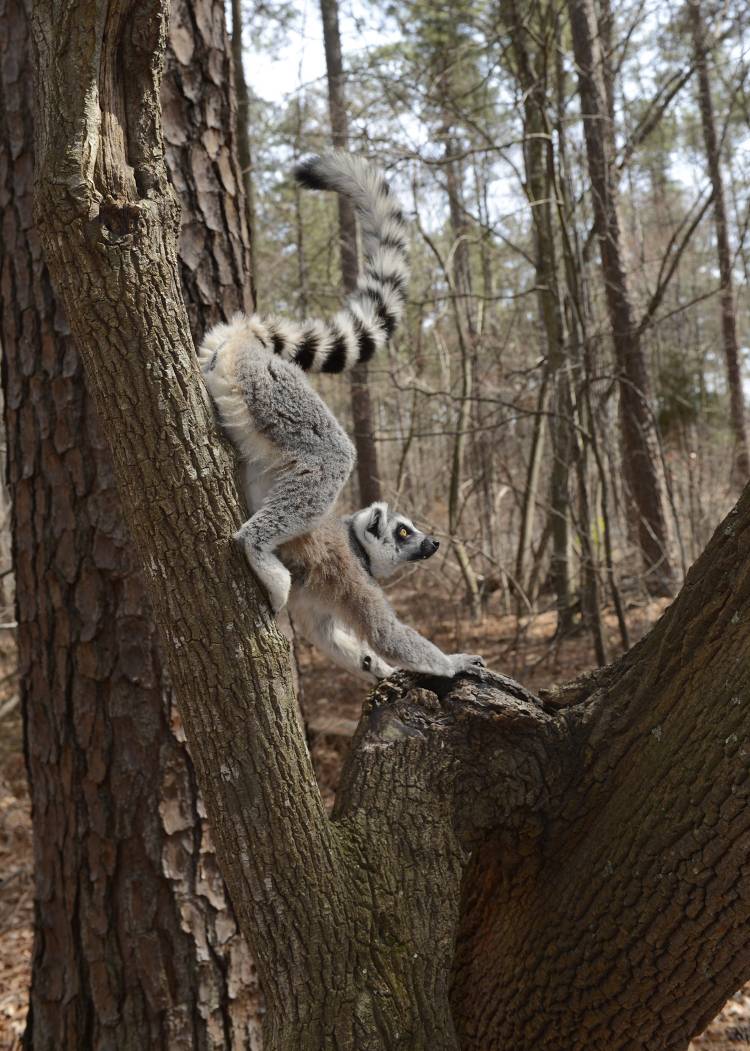 Randy the ring-tailed lemur smears his scent on a tree at the Duke Lemur Center. Photo by David Haring.

Other authors include Marylène Boulet of Bishop’s University in Canada and Kathleen Grogan of Pennsylvania State University.