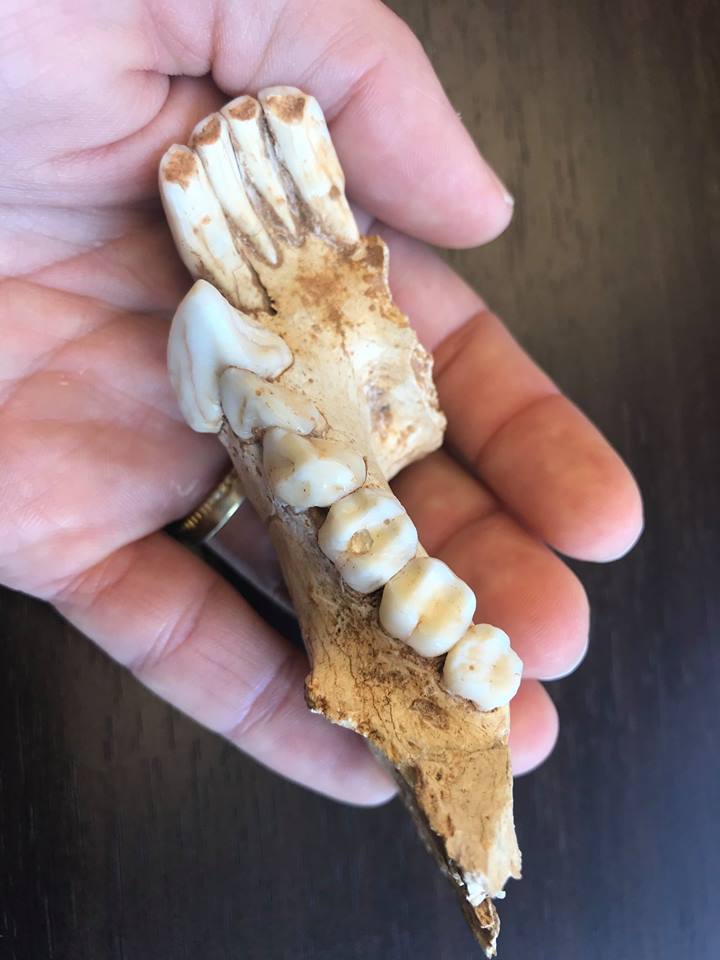 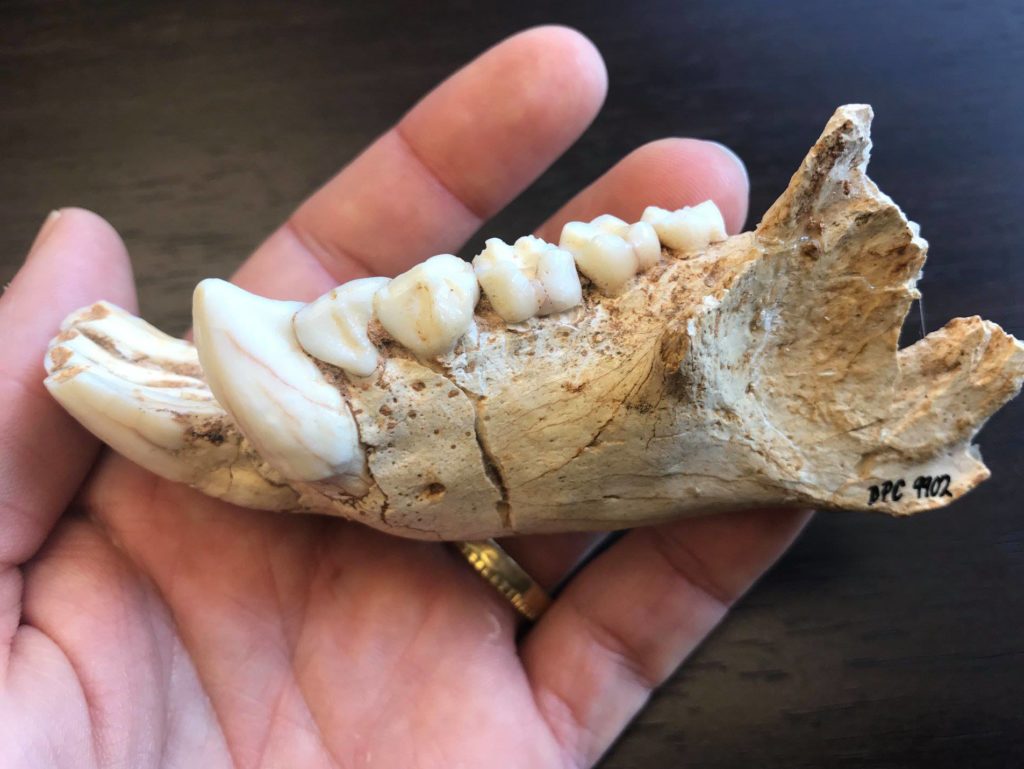 This jaw is from the extinct giant lemur Archaeolemur, which means “ancient lemur” even though it probably only went extinct a few centuries ago in Madagascar.

Like all lemurs, Archaeolemur has a tooth comb, a forward-facing fusion of its incisors and canines. That big pointy, cone-like tooth on the left looks like a canine, but it’s actually a pointy premolar. The next two teeth in Archaeolemur’s mouth locked together, forming a continuous blade. That fused tooth blade is not something you find in many lemurs, and it would have given Archaeolemur a pretty scary smile.

Describing an animal with a blade in its mouth might make you think we’re dealing with a meat-eater, but scientists studying the diet of Archaeolemur – using tooth wear, shape, and chemistry – hypothesize this was a hard-object eater that could have munched seeds, fruit, and really anything else it could find, much like modern baboons and caupuchin monkeys.

We have dozens of Archaeolemur specimens at the Duke Lemur Center and we can use them to understand how Malagasy ecosystems have changed over thousands of years!