What a wonderful evening we had on October 5, 2019 at the Duke Lemur Center! With about 175 guests and sponsors attending this year’s gala, in addition to DLC staff and volunteers, our tent was quite full during the formal program. We were happy to introduce Lanto Andrianandrasana, our Malagasy staff member who was in North Carolina for the event, and were honored to have with us four former directors of the DLC: David Anderson, Matt Cartmill, Ken Glander, and co-founder Peter Klopfer. 25 travelers from the DLC’s annual Magical Madagascar EcoTour also attended the event. Wow!

A video was shown to update everyone on our progress and special projects this past year, including three projects launched to improve lemur care and welfare in Madagascar. We also shared the less fortunate news that the DLC’s conservation programs are losing a major source of funding, because the source organization is shifting away from its previous focus on environmental issues. As we work to find new sources of funding, individual gift commitments mean more than ever this coming year.

The auction more than doubled its results from last year, raising just over $12,000! Thanks to all who contributed such great items, and to the dedicated and enthusiastic efforts of our wonderful auction volunteer, Alice McKenzie, for enlisting so many items and putting together great packages. Our “Happy Chameleon” sign, courtesy of our talented artist volunteer Julie Byrne, added a touch of Madagascar atmosphere to the auction area.

In addition to the silent auction, the gala raised more than $60,000 in registration donations, sponsorships, and gifts and pledges made during our call to action. Add to that the gifts we received directly to Madagascar Conservation from both new and loyal donors from around the world who did not attend the gala and, in total, this event rallied more than $100,000 of support for the DLC’s Madagascar Conservation Programs!

A special thanks to our sponsors, who were crucial to this event. The “Nocturna” and “Three Lemurs Beer” brewed by Fullsteam Brewery were fantastic and the wine selection from Leland Little Auctions was thoroughly enjoyed by our guests! Sponsors included:

Thanks to all! We are already beginning planning for next year’s gala and will let you know as soon as the date is set so you can mark your calendars to attend. 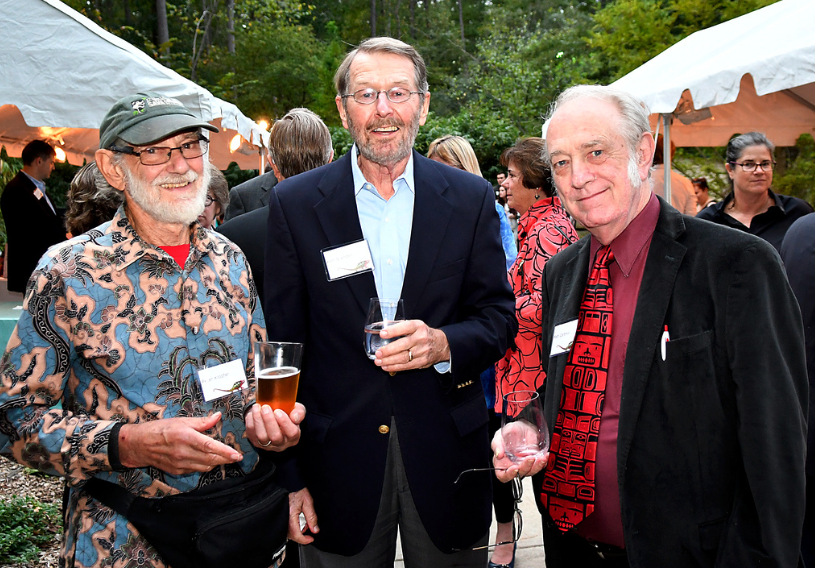 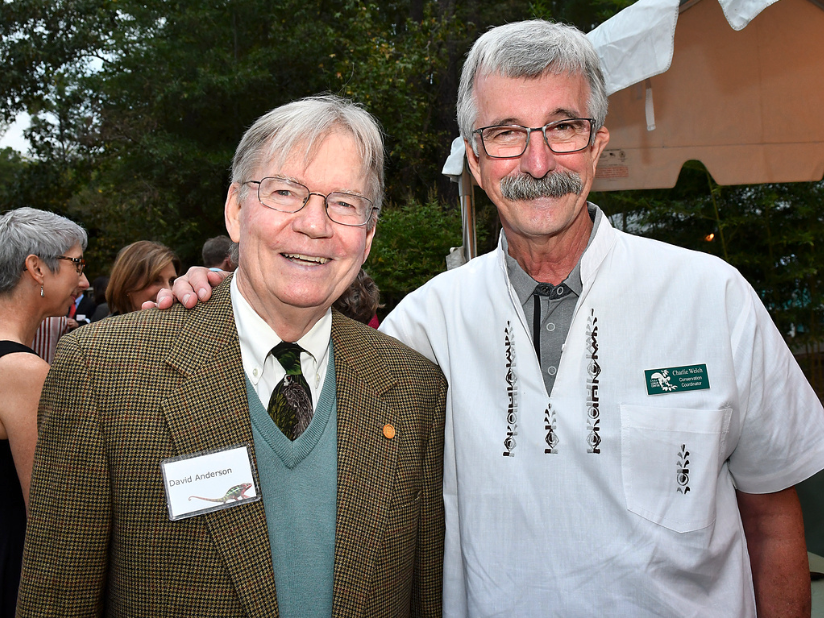 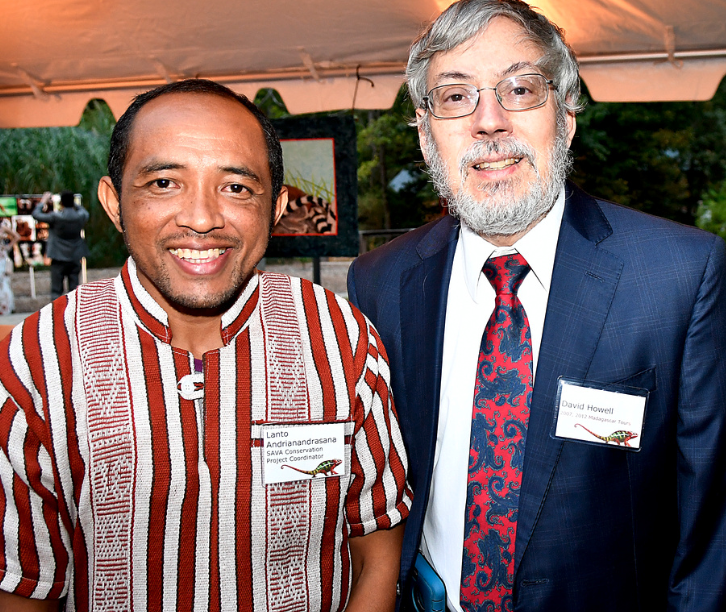 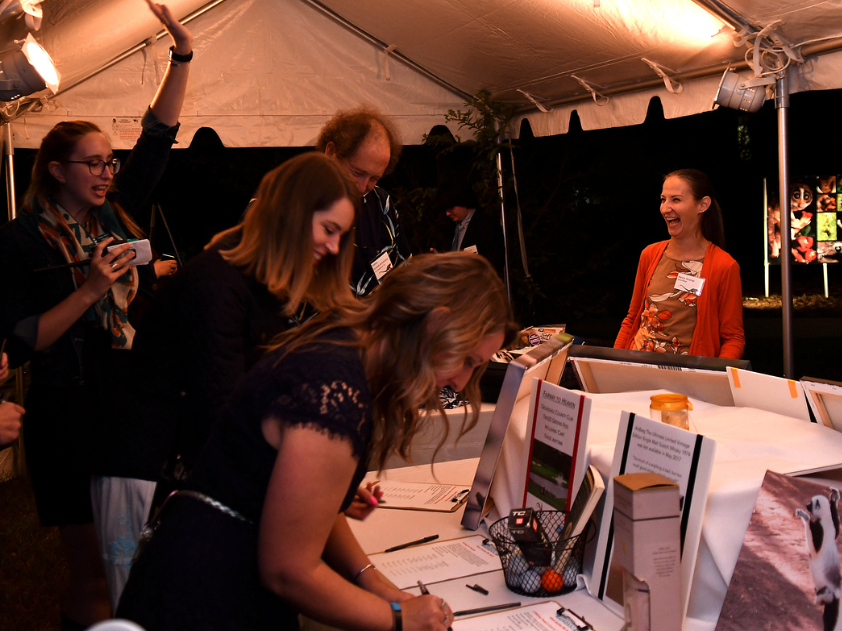 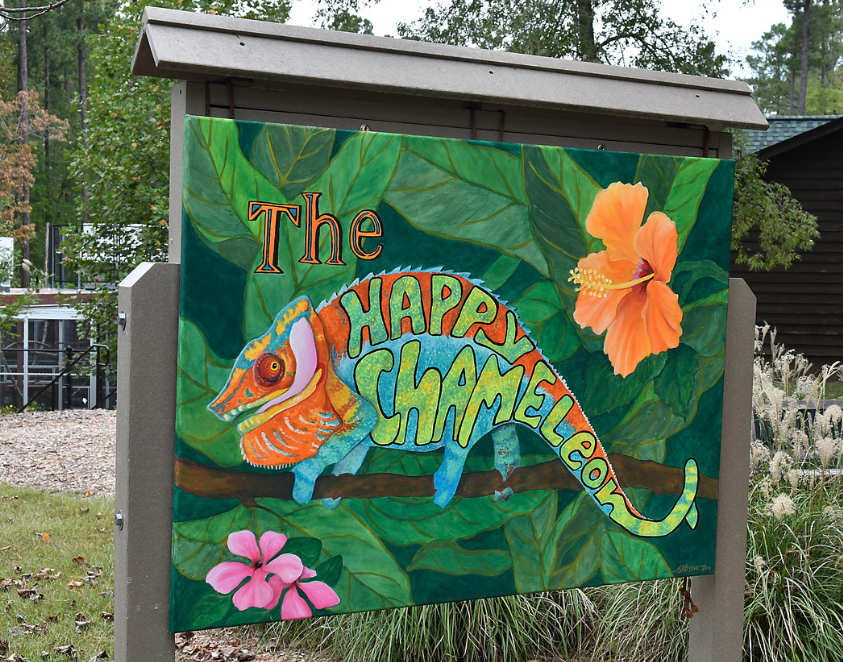