In the Duke Lemur Center’s “Notes from the Field” series, we follow DLC researcher and SAVA Conservation Project Coordinator Marina Blanco on a field expedition to Madagascar. This is the final entry in our multi-part series. 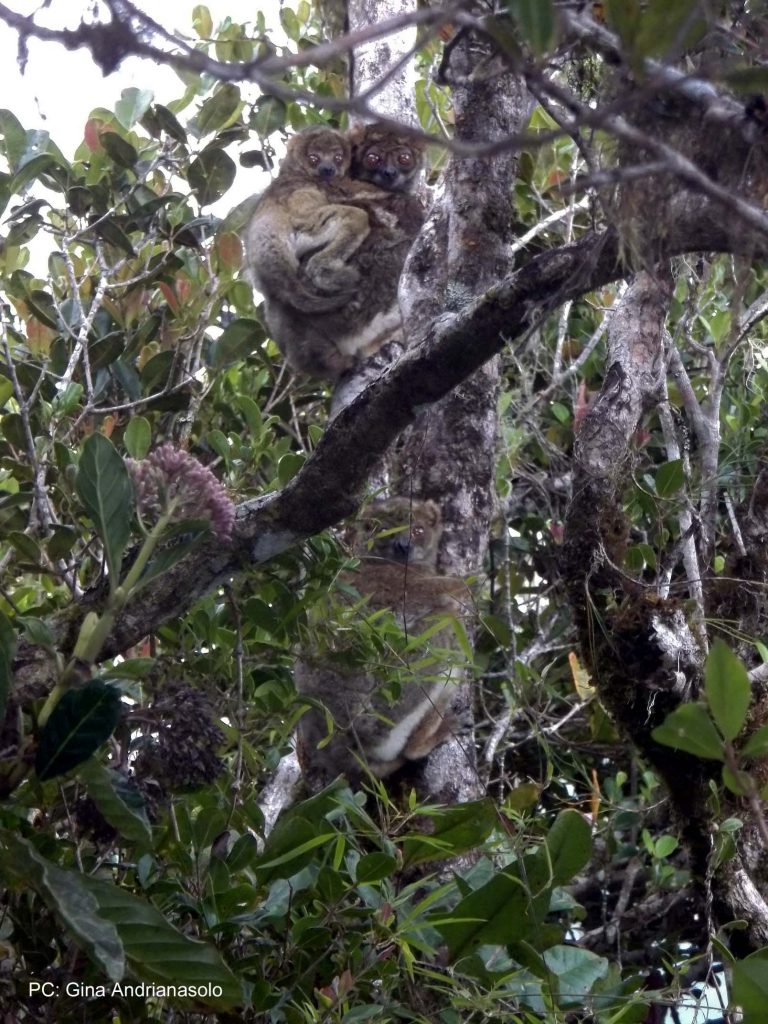 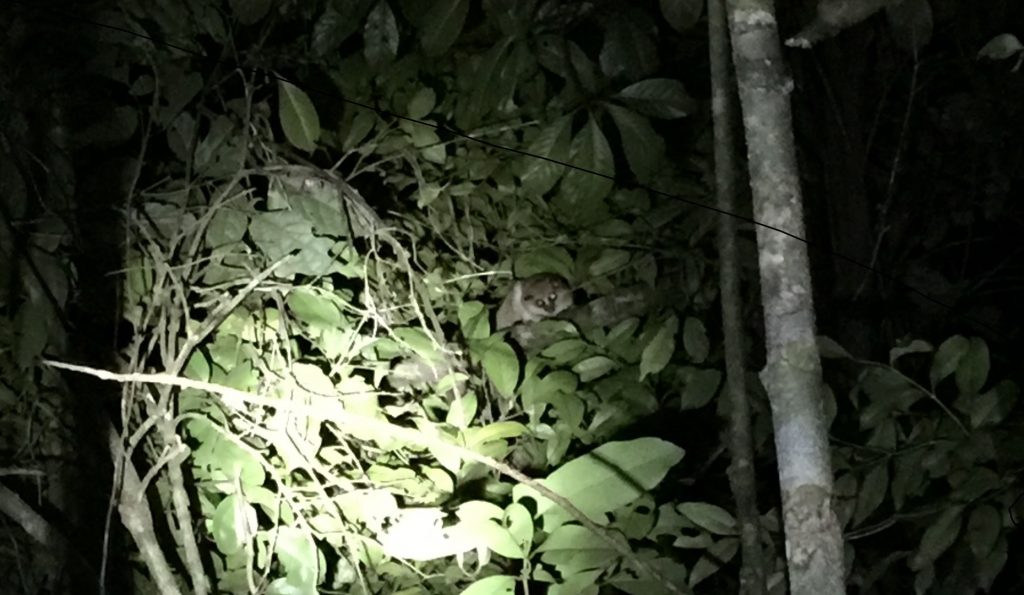 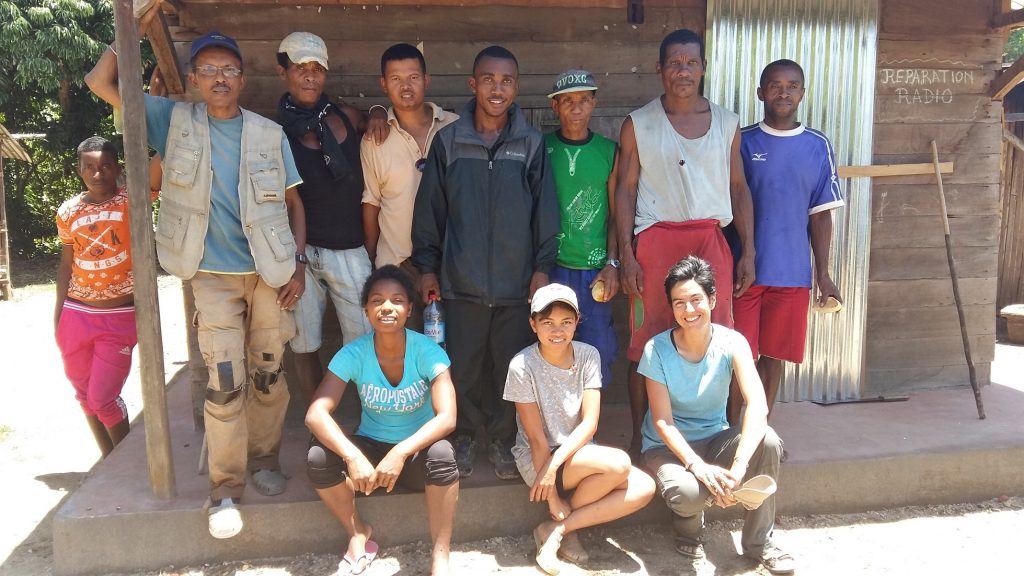 The COMATSA team with local guides 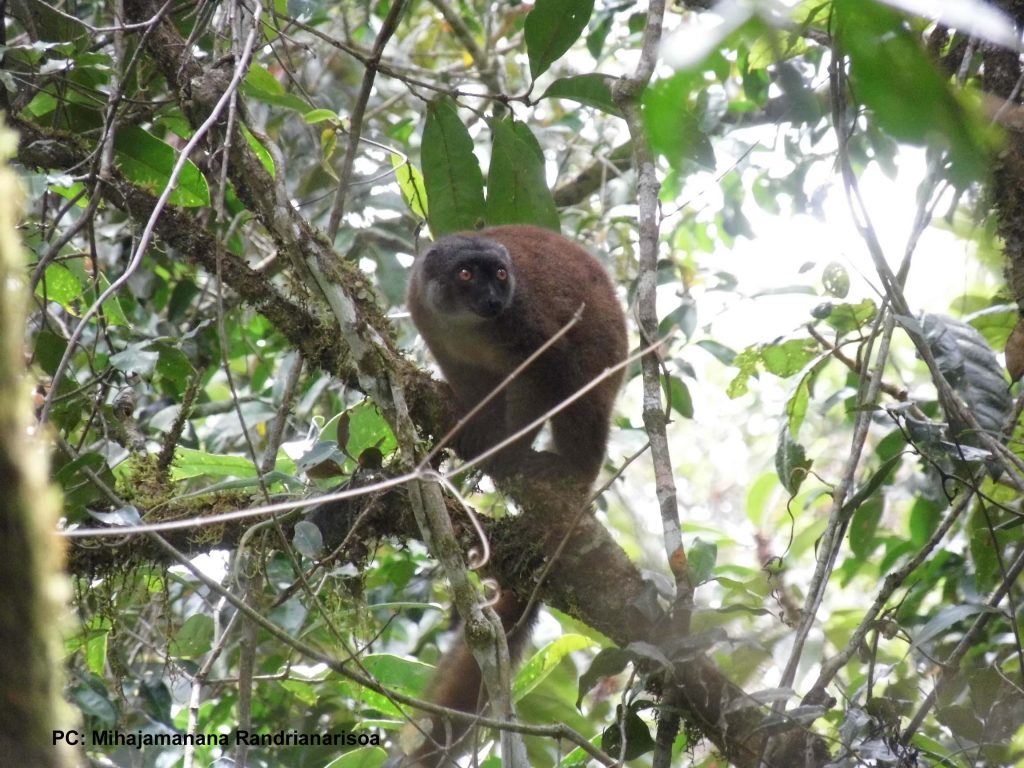 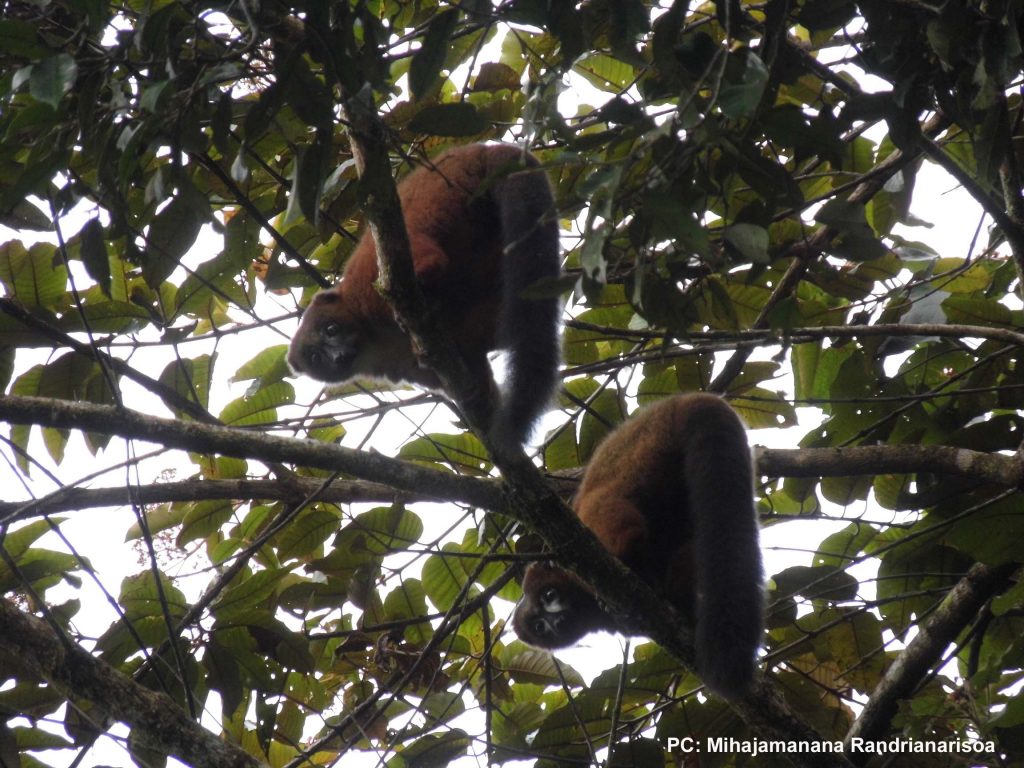 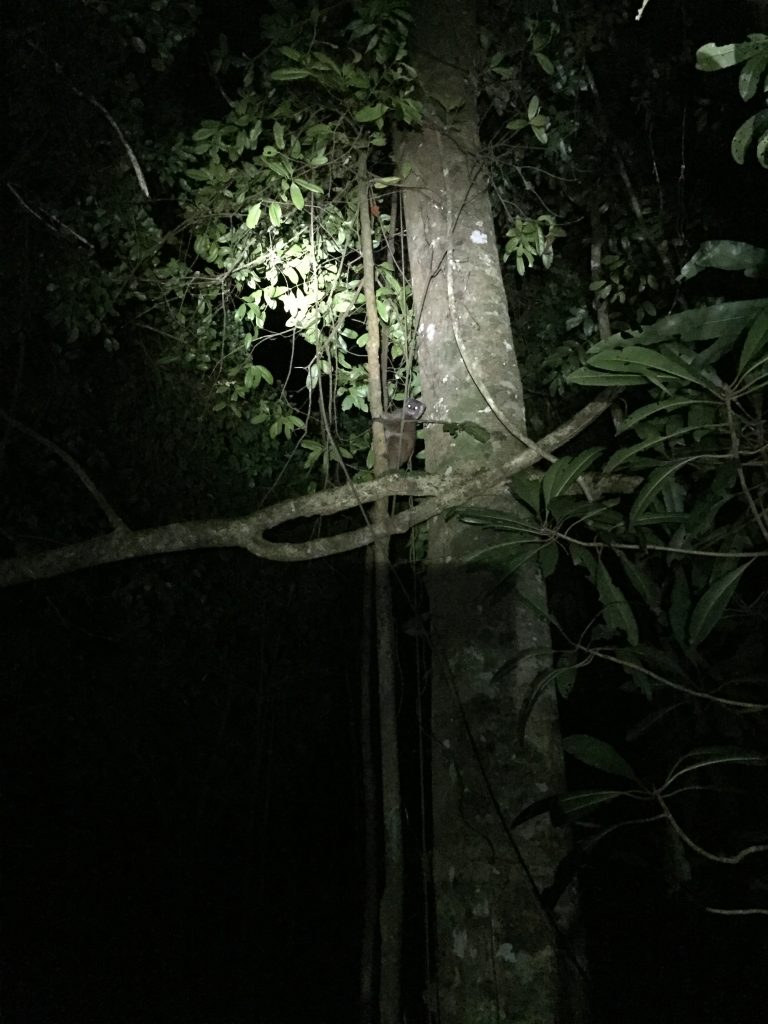 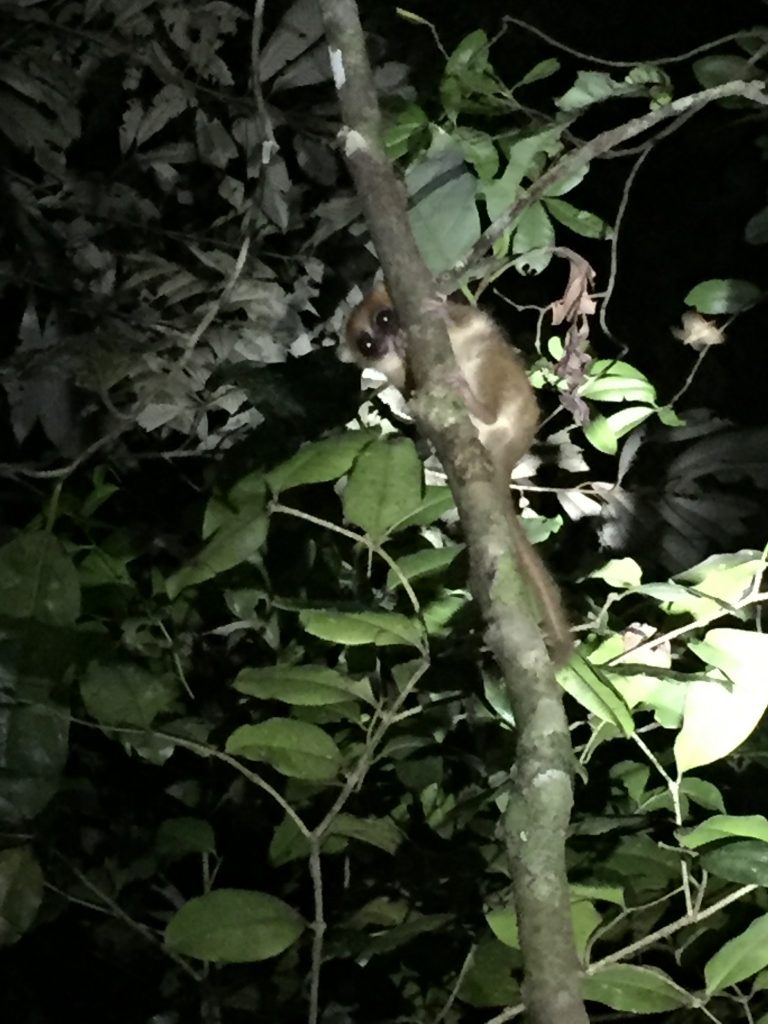 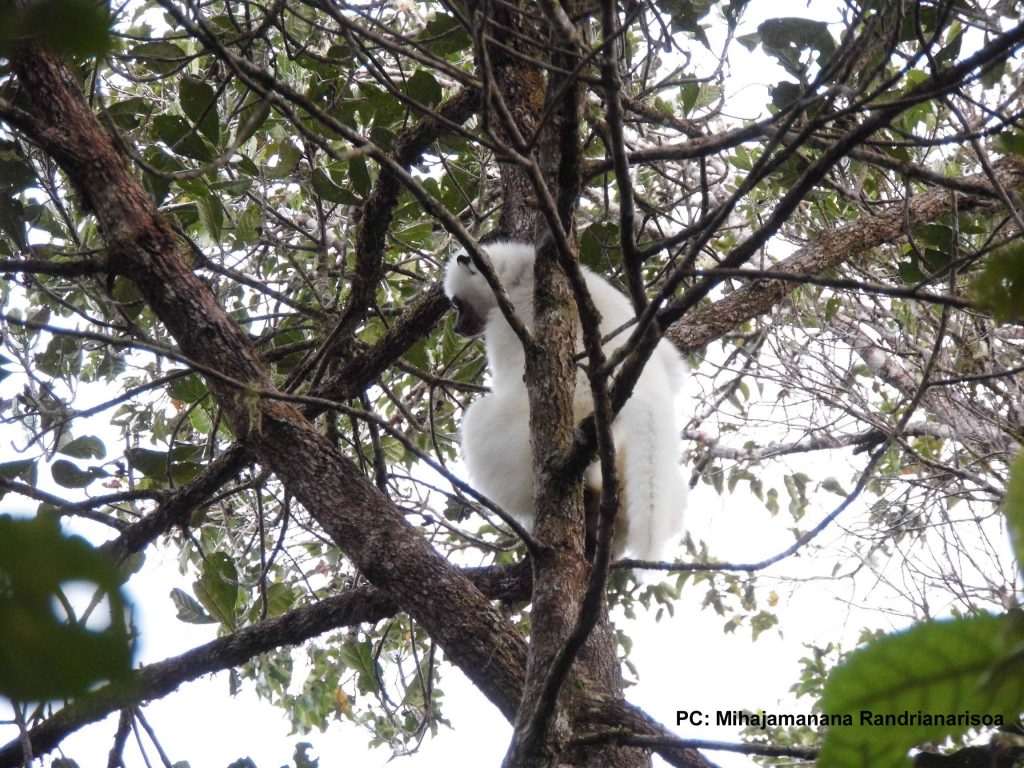 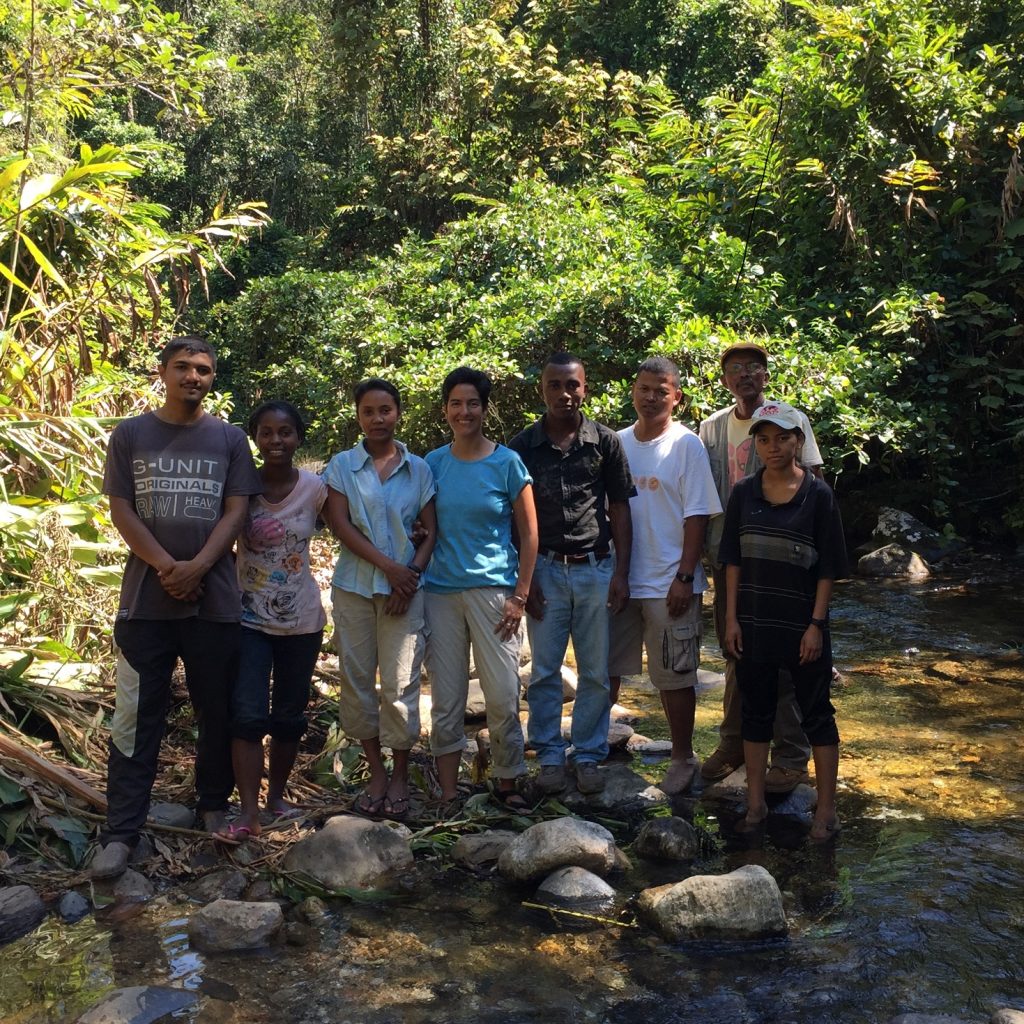 Marina (fourth from left) with the research team at COMATSA

Return to the Office

We are back at the DLC-SAVA conservation office in Sambava, the mission to COMATSA just over. We are arranging numbers, photos, samples, equipment, and ideas. The numbers are impressive:

Back at the office, with electricity and computers, we will be looking back at the findings reported 15 years ago by S. Goodman’s team for these sites, but we already know, for example, that several herpetological species we found had not been previously reported there.

The hikes still fresh in our minds (and our bodies), it would be hard to assess now the potential impact of a scientific mission of this kind, in the lives of the researchers, local guides/assistants, and the community at large. How much of the information will be confined to laboratory corners, tubes in freezers, or disseminated in scientific papers? I suspect informal conversations may be shared by the people involved in the mission with their friends, family, and peers. Right before we left the village of Ambodivoara, the drop-off area, we met an old man who had come to greet us. Malalouis had been part of S. Goodman’s mission 15 years back. Still strong at 74 years old, he began to tell stories about the old expedition as a crowd gathered around us. Memories of places, rivers, and anecdotes poured out in bunches. I was impressed by his vivid account as well as surprised by the general sense of enjoyment that social sharing brought about. At the end Malalouis asked with a smile, “When is Steve coming back? It’s been a while!” – and it seemed like he’d be ready to go back into the forest with them.

We expect to gather some photos of the animals we saw, add names and locations and bring them back to Ambodivoara. We hope this informal pictorial guide will help identify creatures that may cross people’s paths in the future, or maybe it will spark some child’s curiosity. We also hope to continue the collaboration with WWF, which has developed strong ties with local communities at COMATSA and established a strong network of people invested in talking about conservation and ways to manage natural resources.

“The Marvels That Still Remain”

So many times we’ve heard that Madagascar’s forests are almost gone, less than 10% of forest cover remaining, perpetual fires and illegal activities threatening every minute the fragile community of plants and animals that live nowhere else on earth. So many times we hear that the efforts of thousands of Malagasy people willing to engage in more sustainable practices are thwarted by a few ambitious and corrupt people in power. But I want to end this account on a positive note. When we left the village of Ambodivoara back on November 16, I was a bit skeptical. I couldn’t see any forest around, and I was looking in all directions. Everywhere, hills were denuded of trees and showcased brown patches from recent fires. After an hour of hiking, as we passed a few smaller villages, I began to see the green that I was looking for: trees at the top of the hills, some on the slopes. After another couple of hours we were surrounded by continuous greenery. As we walked away from the forest edge, we began to sense the immensity of the forest corridor. Hiking to the summit of Camp 2, I would see endless forested hills, with only tiny specks of smoke. The local guides told me that the forest gets thicker as you continue on the way north. There are still places in Madagascar where you can be immersed in stunning rainforest, where sounds of axes and the smells of fires are absent. Where lemurs stare at you fearless, where there are no trails to follow. There is still a world we know little about, that has the potential for amazing discoveries. There are still places to survey, conversations to be had, and fights to be fought. Even if it takes time and great physical effort, it is worthwhile. By the end of the COMATSA mission, we were all grateful that we got a little tiny taste of the marvels that still remain in Madagascar.