January-February, 2017 — During the fall session of the Lemur Learning Homeschool Academy, students wrote about two of their favorite lemur species. They compared and contrasted their physical characteristics, behavior (social systems, breeding, communication), and habitat in the wild. They paid special attention to their status as endangered primates. Here is Katlyn’s essay.

Madagascar is the home of all lemurs. The species found there have their own unique physical characteristics, behaviors, and habitats.  These will be discussed further in regards to the Red Ruffed lemur and the Fat-tailed dwarf lemur.

Red Ruffed lemurs are some of the most exquisite lemurs with their auburn fur.  (lemur.duke.edu)  They have a little white patch on the back of their neck.  Their eyes are a stunning golden color.  They have black faces, feet, bellies and tails.  They are the largest members of the lemur family.

Red Ruffed lemurs are diurnal, with a peak of activity in the morning and in the evening.  (lemur.duke.edu)  The Red Ruffed lemur is a very clean animal that spends a lot of time grooming itself and others.  (en.wikipedia.org)  They are well known for their long call.  This is a form of vocalization that allows them to warn others of their territory.  Scent marking is another important way they use to communicate with other lemurs.  They are very timid and like to live in small, matriarchal groups.  They are very curious about their surroundings.  (www.lemurworld.com)  Their reproduction is highly seasonal.  In Madagascar, they breed between May and July with most infants born in September and October.  The gestation period is 102 days.  Unlike other lemurs, females give birth to litters of up to six infants. They are the only diurnal primates in the world to keep their infants in a nest.  Their babies are not as well developed at birth as other lemurs due to the short gestation period.  (lemur.duke.edu)

Fat-tailed dwarf lemurs are nocturnal.  They forage for food at night and during the day they sleep in packs of up to five in a tree.  Sometimes they may choose to sleep alone.  Usually they choose a hollow tree that they cushion with leaves to make nests.  They may also choose to make a nest in an area of heavy undergrowth.  In general, the females are the leaders of the troop and are dominant over males; this is another similarity to the Red Ruffed lemur. (lemur.duke.edu)  Like the Red Ruffed lemur, Fat-tailed dwarf lemurs also use scent marking.  “Dwarf lemurs often smear feces onto branches as they walk along well-traveled arboreal pathways through the forest.” (lemur.duke.edu)   They go into a hibernation called torpor.  In torpor, they only breathe once per minute.  Their body temperature will be similar to the temperature that is outdoors.  “During the winter dry months they become dormant for up to six months, nesting in holes in trees.”  (animaldiversity.org)  Before torpor these lemurs store all of the food that they eat in their tails.  Their name comes from this behavior.  Breeding depends upon the season and day length.  They usually have litters of two or more offspring and gestation is between 58 and 62 days.  (lemur.duke.edu)

Red Ruffed lemurs live in Northeastern Madagascar.  The exact location is the forests of the Masoala Peninsula.  They generally live in the upper canopy of the tropical rainforest.

The future of wild populations of the red ruffed lemur became much brighter when, in March of 1997, the 840-square mile Masoala National Park, Madagascar’s largest protected area, was established. Previous to the establishment of this park, deforestation in their range and hunting and trapping of the ruffed lemurs for food had dramatically reduced their numbers. Principal threats to red-ruffed lemur survival are currently habitat loss and hunting. Due to the ruffed lemurs large size and apparent need for intact primary forest, it is particularly susceptible to human encroachment and possibly selective cutting of the most precious hardwoods (i.e. rosewood) which, unfortunately has been occurring all over Madagascar since the start of the most recent political crisis.” (lemur.duke.edu)

Fat-tailed dwarf lemurs live in Western Madagascar and range to Southern Madagascar.  They can usually be found in the dry forests into the moist evergreen forest habitat.  “They are seen on thick and medium-sized branches that are usually low down. Fat-tailed dwarf lemurs make their nests in holes in trees, where they lie dormant throughout the dry season.” (animaldiversity.org)

The Red Ruffed lemurs struggle with survival because of the limited space left in their habitat.  They are considered to be critically endangered.  Their habitat has seen an increase in illegal hunting and logging even though it is inside a National Park.  The Duke Lemur Center is trying to help save this species by keeping twenty lemurs and maintaining a Species Survival Plan.

Fat-tailed dwarf lemurs have a better chance for survival compared to the Red Ruffed lemurs.  Since they are nocturnal they are harder to hunt and trap.  “Their small size, nocturnality and ability to live in secondary forests may provide them with more protection but as with all lemurs of Madagascar habitat destruction increasingly threatens their survival.”  (lemur.duke.edu)

The lemurs of Madagascar are endangered and need help.  The Duke Lemur Center is working to educate and inform others, including those in Madagascar, about how to protect and save this unique prosimian.   Since lemurs are the most endangered mammal in the world, all efforts should be made to save their existence. 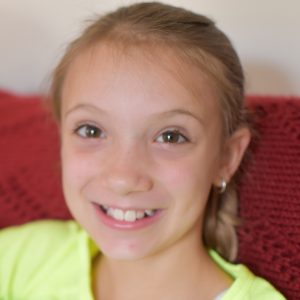 Katlyn is 11 years old and in sixth grade.  She plays softball, enjoys the outdoors, and is definitely an animal lover!