October-November, 2016 —During the spring session of the Lemur Learning Homeschool Academy, students wrote about two of their favorite lemur species. They compared and contrasted their physical characteristics, behavior (social systems, breeding, communication), and habitat in the wild. They paid special attention to their status as endangered primates. Here is Julia’s essay.

The Coquerel sifaka and Ring Tail lemurs are just two of many species of lemurs I chose to compare for this paper. Lemurs have adapted to their changing environment for thousands of years. Due to extreme habitat destruction by humans lemurs are now an endangered species at threat of extinction.

Coquerel sifaka and ring tail lemurs have some similarities including similar diets, they are awake during the day, and they have evolved or adapted behaviors due to changing or loss of habitat. While similar there are many differences, including their size, colorings, size of social groups, diet, and living in the trees versus living in the trees and on the ground.

Coquerel sifaka lemurs are a medium sized lemur. Their head and body are typically 18 inches and tails are 18 inches as well. They can weigh anywhere from 7 to 13 pounds. They can be white, brown and orange and black. Their tales are white with grey blended into the white. Their faces are black.

Both coquerel sifaka lemurs and ring tail lemurs live in social groups where the females are in charge.

However coquerel sifaka lemus live in smaller familes from 3-10 members with a lead female. Ring tail lemurs live in larger family groups of up to 24 lemurs. The female lemurs are dominant. When they travel they keep their tails raised like a flag to keep track of each other.

Coquerel sifaka and ring tail lemurs live in the Madagascar islands. The coquerel sifaka lemurs live mostly in the northern and eastern dry forest coastal areas near the Betsiboka river They live in the trees and have adapted to deforestation by learning to jump long distances from tree to tree. Ring tail lemurs live in the south and southwestern parts of Masagascar. The habitat for both of these species of lemurs is disappearing at an alarming rate. It is being turned into farmland.  They are also hunted for food.  Both species and all lemurs are endangered.

The diet for coquerel sifaka lemurs consists of fruit, ,leaves, wood nectar twigs and more. In the dry season they survive on dry leaves and insects. They are not picky eaters. Leaves make up the majority of their diet. Ring tail lemurs eat a mostly plant based diet but they are omnivores and often eat what they can find. This is one way they have adapted to loss of habitat and changes in their habitat.

Ring tail lemurs live on the ground and in the trees while most other species of lemurs including the coquerel sifaka live mostly in the trees.

Coquerel sifaka females choose who to mate with. Males fight for the females attention. But females don’t always pick the winner of these fights. The males give of scents and the females appear to choose the males predominantly based on scent. Mating season is January to March. Babies are born about 5 months later. The babies cling to the front for the the first few weeks. Then the babies ride on mom’s back for about 6 months. They are fully grown by about one year of age. Ring tail lemurs have one baby a year and they can give birth at 3 years of age. They time their births around when food will be abundant. Mating beings in April with babies born in August/September. Life span for coquerel sifaka and ring tail lemurs is 16-20 years in the wild. Ring tail lemurs can live up to 30 years in captivity. 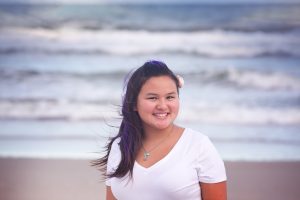 Julia C. is 12 years old.  She is a second degree black belt in Tang Soo Do, a girl scout, member of 4H, plays violin with the Clayton Youth Orchestra, loves to tap dance, rides horses and participates in local theater performances.