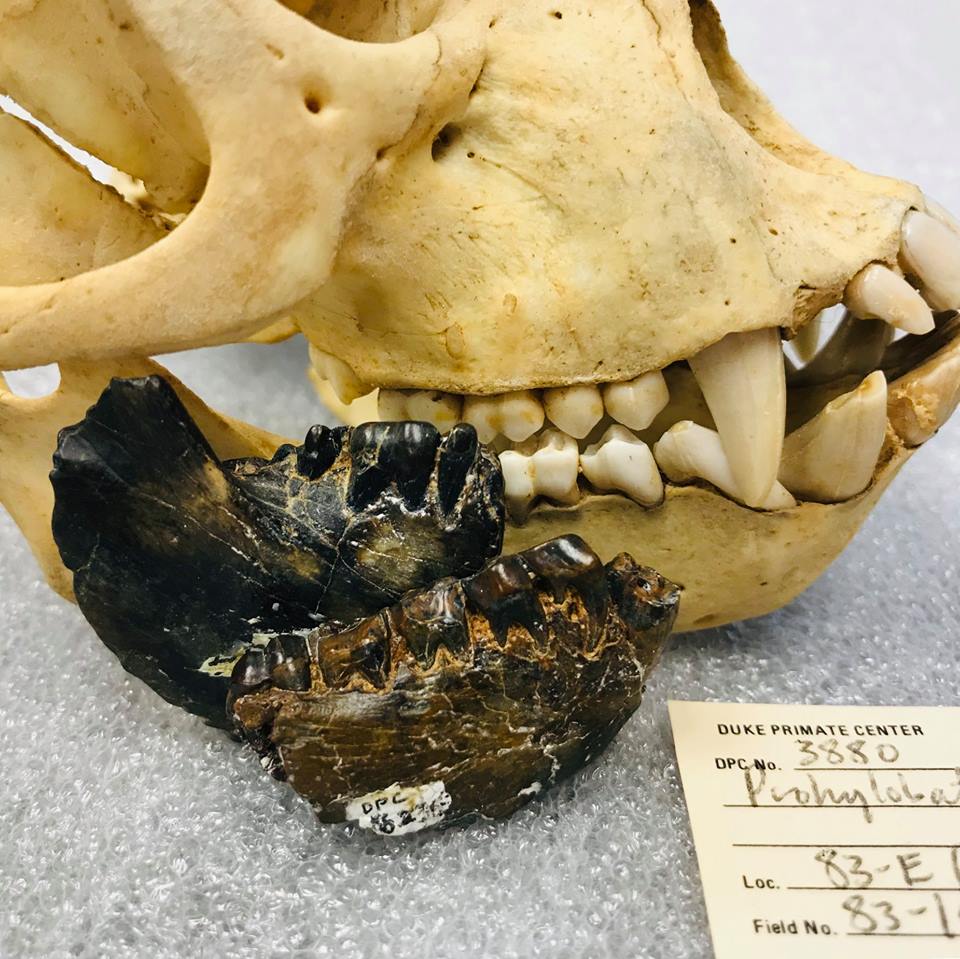 In the Division of Fossil Primates at the Duke Lemur Center, we have fossils that can be used to explore all the major branches of the primate family. These two dark specimens are from Prohylobates, an 18-million-year-old relative of Old World Monkeys, the group that includes all monkeys found in Africa and Eurasia.

When Prohylobates was discovered, researchers thought they had found an ancient ape, so they gave it a name that translates to “before gibbons” (a type of small ape that lives in parts of Asia). Later, DFP researchers excavated more Prohylobates material in Wadi Moghra, Egypt. They discovered Prohylobates was a monkey relative instead of an ape. That’s how science works sometimes: you collect more information and need to change your original ideas.

In some ways, the discovery that Prohylobates was a monkey and not an ape made it even more interesting. During the Miocene epoch 18 million years ago, apes (the group of primates that includes humans) were more diverse than monkeys. Earth was actually the Planet of the Apes!

But, as the climate changed and grasslands began to spread, apes became less diverse, and monkeys went ape! Now there are many more monkey species alive than ape species. Fossils like Prohylobates help primate researchers figure out what traits made monkeys so adaptable in changing habitats.