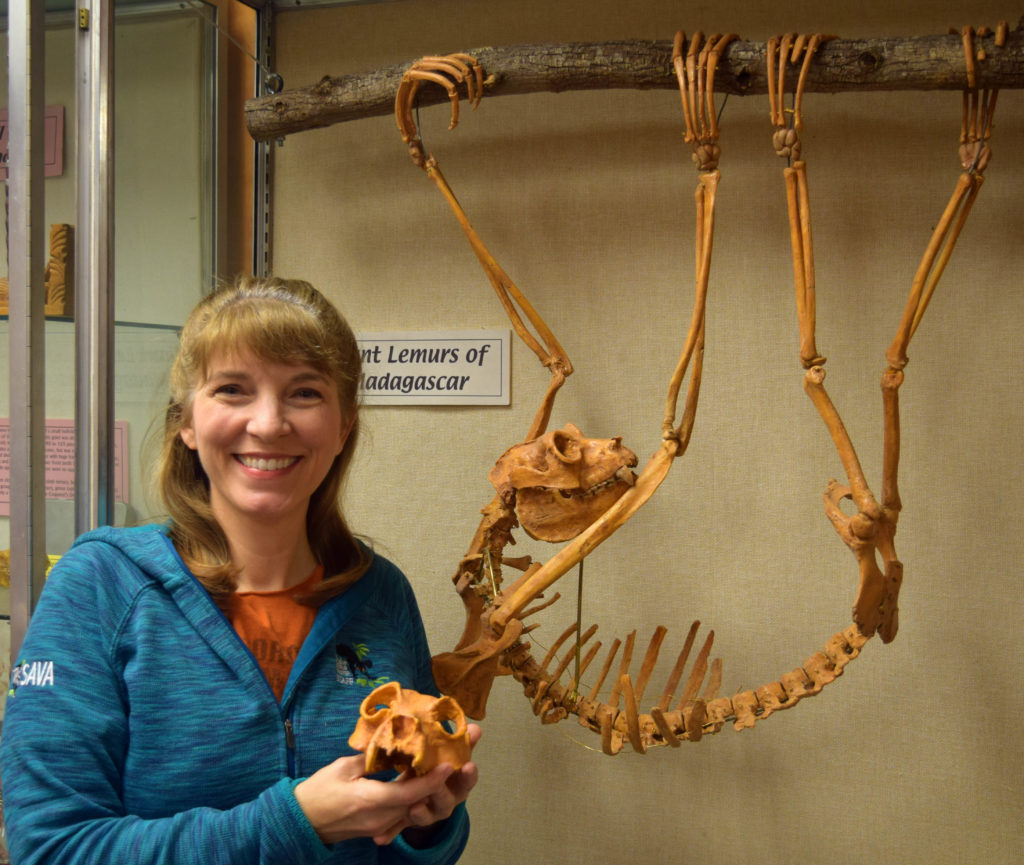 “One of my favorite lemurs is this extinct giant lemur called Paleopropithecus. It’s a relative of sifakas, but it’s built in a completely different way. These animals are nicknamed sloth lemurs because they have these long limbs and claws that let them move under tree branches in Madagascar. But my favorite feature is their round, goggle-like eyes. They only went extinct a few centuries ago. How cool would it be to meet one in person?!” — Vicki Yarborough, Fossil Preparator, Division of Fossil Primates 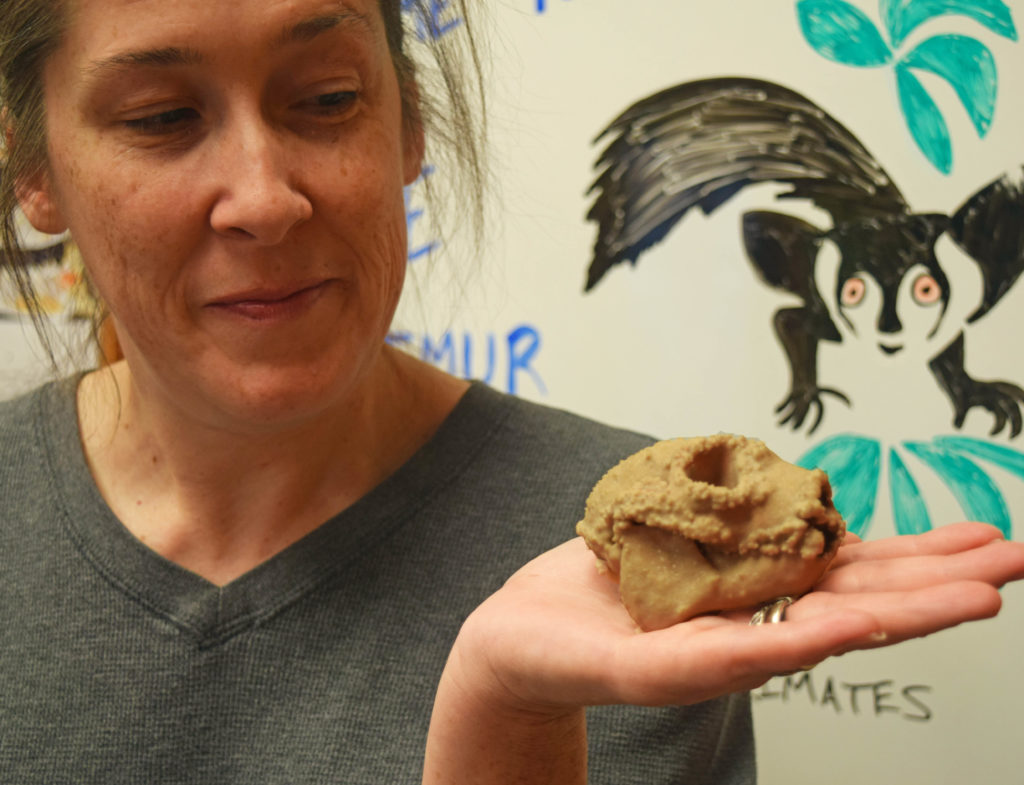 “This is one of my favorite lemur fossils we have. It’s from a bamboo lemur that was preserved in a cave alongside giant lemurs like Paleopropithecus and Megaladapis. It’s covered in calcite and flowstone, so it sparkles in the light. It had to be chipped away from the cave floor so Duke Lemur Center scientists could study it. The giant lemurs found in the cave are extinct, but this is an example of a lemur species that is still around today. By studying both the extinct and living lemurs, maybe we can understand how lemurs become endangered and prevent them all from becoming extinct.” — Catherine Riddle, Collections Manager, Division of Fossil Primates 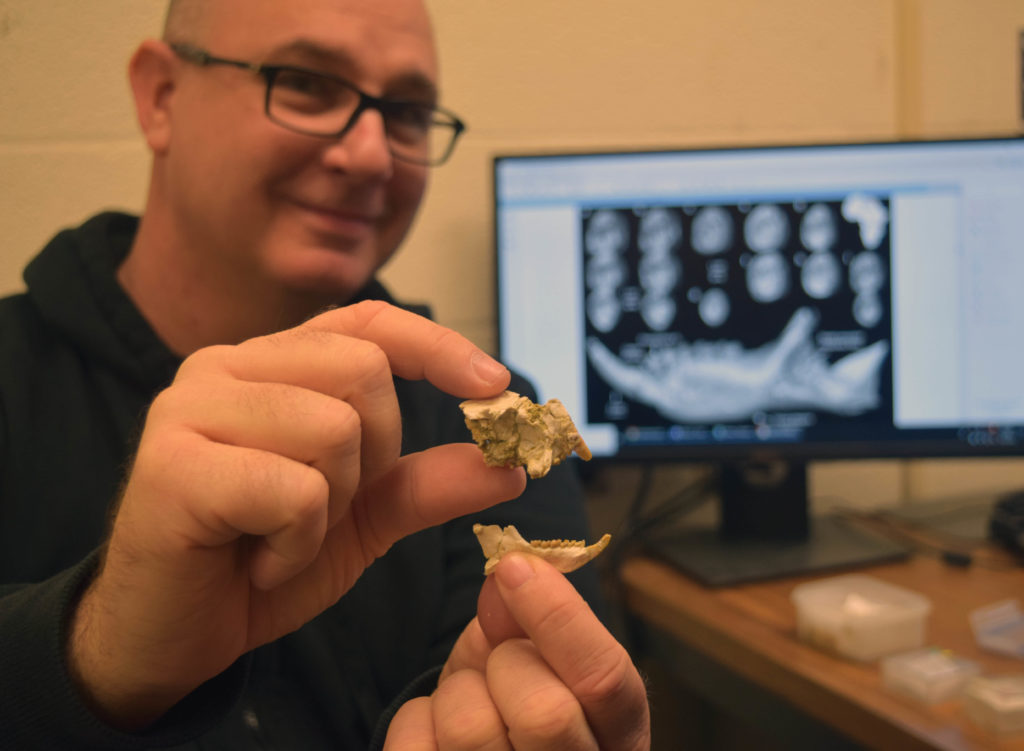 “These are the fossils of Plesiopithecus, one of my favorite lemurs! It’s a relative of the aye-aye that was living in Egypt 34 million years ago. Until these fossils were recognized as relatives of aye-ayes in a study that came out a few weeks ago, we thought aye-ayes and their lemur relatives were all living in Madagascar 34 million years ago. Turns out they were still on mainland Africa! One way we know this is an aye-aye fossil is that big tooth sticking out the front of the jaw. Aye-ayes use that to bore into tree trunks looking for food!” — Steven Heritage, Digital Collections, Division of Fossil Primates