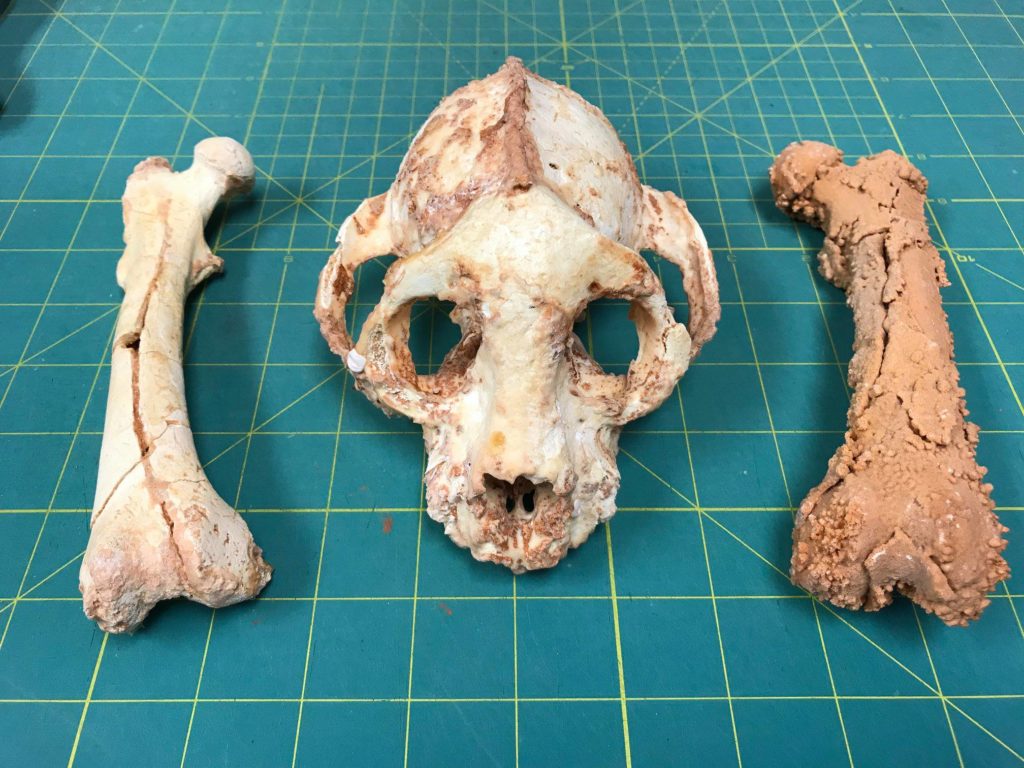 Meet Archaeolemur, a baboon-sized giant lemur that went extinct in Madagascar between 1,000 and 300 years ago! The fossils of giant lemurs are often found in caves.

On the right is the upper leg bone of this Archaelemur as it was found in the cave. After many hours of careful work by fossil preparators who removed the cave rock from the specimen at the Duke Lemur Center’s Division of Fossil Primates, the specimen on the left emerged. Now the specimen is ready for researchers to study to figure out how this animal moved, grew up, and interacted with ecosystems in Madagascar!