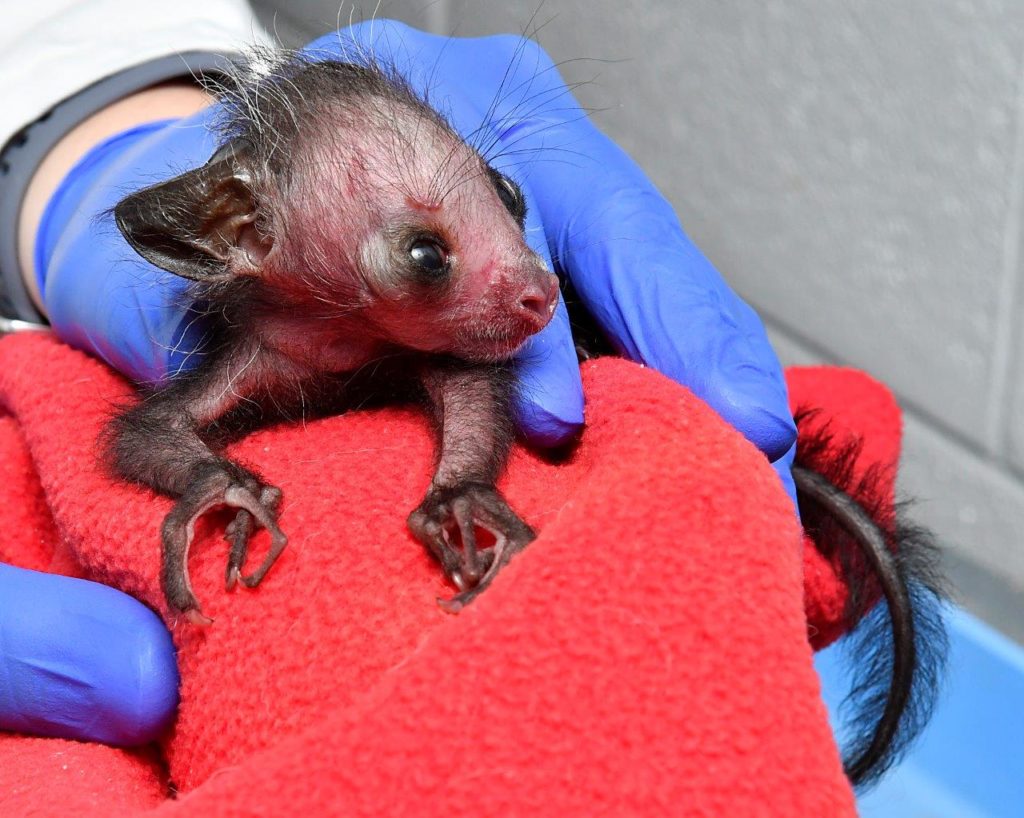 The daughter of 23-year-old Ardrey and 9-year-old Grendel, “Mel” is one of nine aye-ayes at the DLC and one of only 25 of her kind in the United States. She is Ardrey’s sixth infant and Grendel’s first.

Melisandra weighed 81 grams on her first weighing on August 14. Although her birthweight was lower than average, Mel’s keeper, Matt Cuskelly, observed that despite her small size she seemed bright, alert, and strong.

Ardrey is an experienced, attentive mother who spends most of her time inside her nest with her infant. And Melisandre is thriving: By August 16, she’d grown to 98 grams; and on August 27, she tipped the scales at 210 grams. (Way to go, Ardrey!) 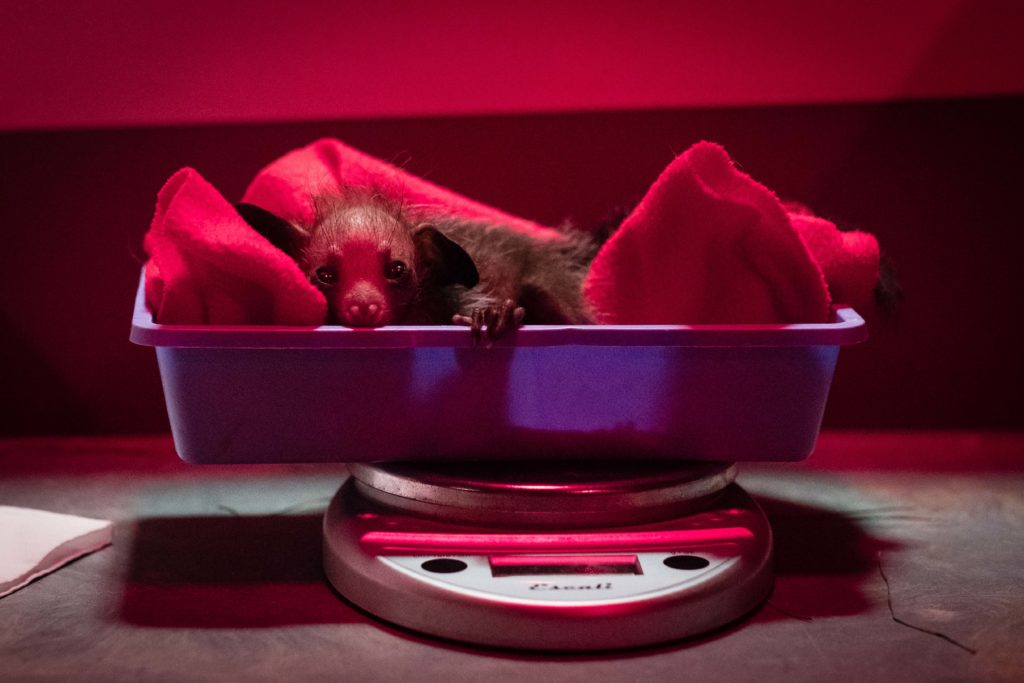 Melisandre, nearly two weeks old, on the scale on August 26. One of the ways the DLC monitors the health of an infant is the infant’s weight. Mel is weighed every week, and her growth curve is compared to that of other aye-aye infants born at the Lemur Center to ensure that she’s growing at a healthy rate. The DLC’s first aye-aye birth was in 1992, giving us 27 years of aye-aye infant health data. Photo by Sara Clark.

Nocturnal primates with bushy tails and bony middle fingers, aye-ayes are endangered on their native island of Madagascar, where logging, slash-and-burn agriculture, and hunting are suspected to have cut their numbers in half in recent decades.

Some villagers in Madagascar believe these lemurs are evil omens and can curse a person by pointing their middle fingers at them; hence many aye-ayes are killed on sight.

In reality, says DLC curator Cathy Williams, the aye-aye is one of the gentlest lemur species. “They’re not at all aggressive, they’re extremely curious and energetic and they’re very intelligent — they learn very quickly.” 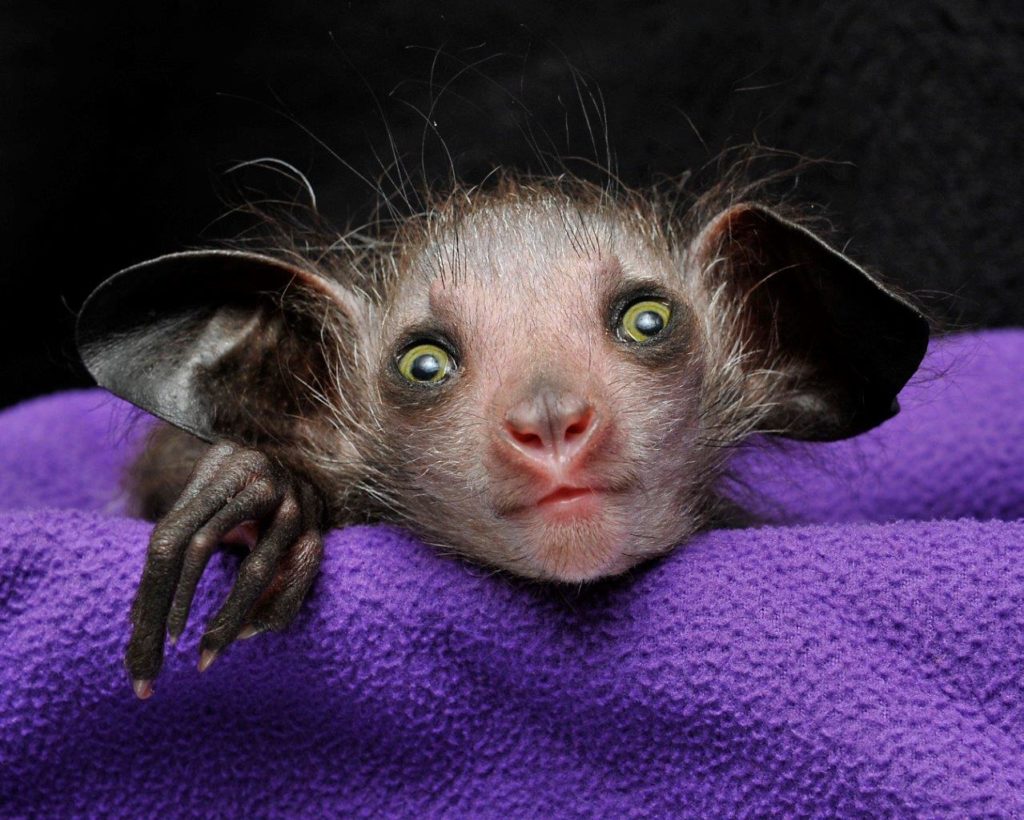 Just shy of one month old, Melisandre peeks over the edge of the scale during her weekly weighing (September 10). Photo by David Haring.

Melisandre’s parents Ardrey and Grendel were deemed a good genetic match by the Association of Zoos and Aquariums’ (AZA) Species Survival Plan. Her grandparents — Morticia and Poe (Ardrey) and Endora and Nosferatu (Grendel) — are among the first aye-ayes ever imported to the United States.

When Poe and Nosferatu arrived at Duke from Madagascar in 1987, they represented the only aye-ayes in the world within human care. Morticia and Endora arrived in 1991.

Today, all but one of the aye-ayes in North America — as well as others overseas in London, Frankfurt, Bristol, and the Jersey Channel Islands — are descendants of the DLC’s eight founder aye-ayes: Poe and Nosferatu, Annabel Lee and Samantha, and Morticia, Endora, Ozma, and Mephistopheles. 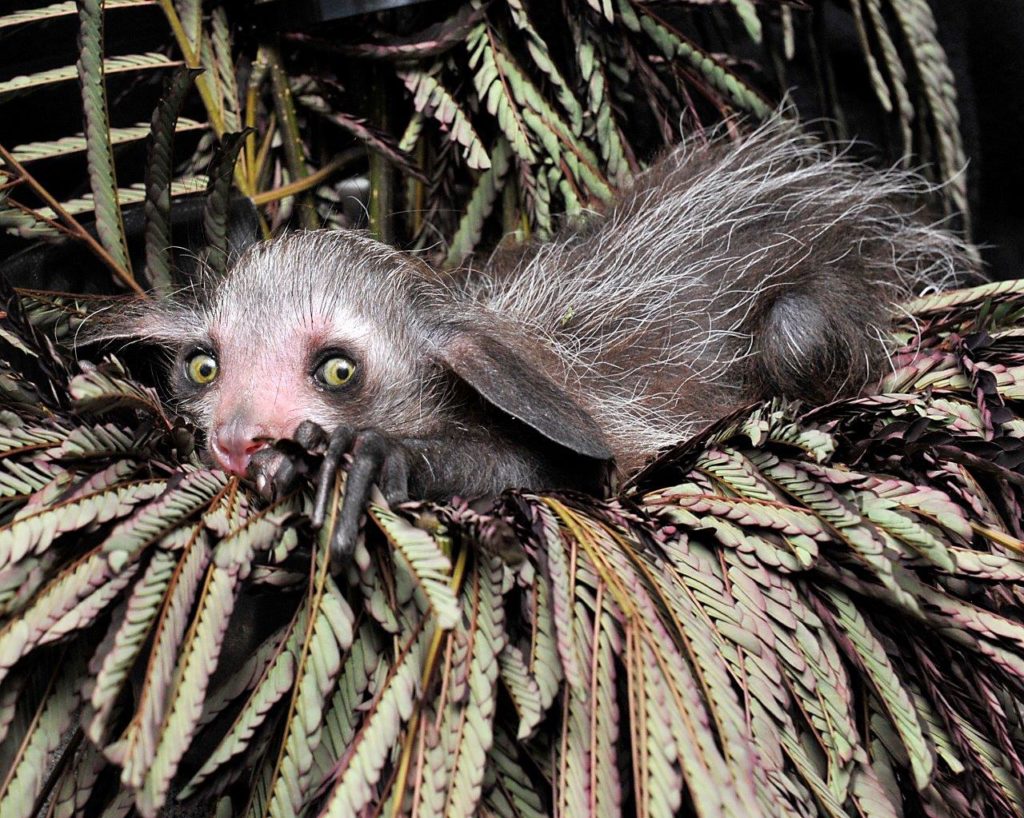 Melisandre on September 19. The Duke Lemur Center is accredited by the Association of Zoos and Aquariums (AZA) and works within a network of other AZA-accredited institutions nationwide to develop and adhere to Species Survival Plans, which use carefully planned conservation breeding programs to create a “genetic safety net” for rare and endangered species like the aye-aye. Photo by David Haring.

Melisandre will stay with Ardrey for two to three years while she learns how to forage for food, build a nest and other aye-aye survival skills.

Visitors won’t be able to see the new infant, but they can see her 36-year-old grandmother, Endora. Just be sure to book a tour before visiting. 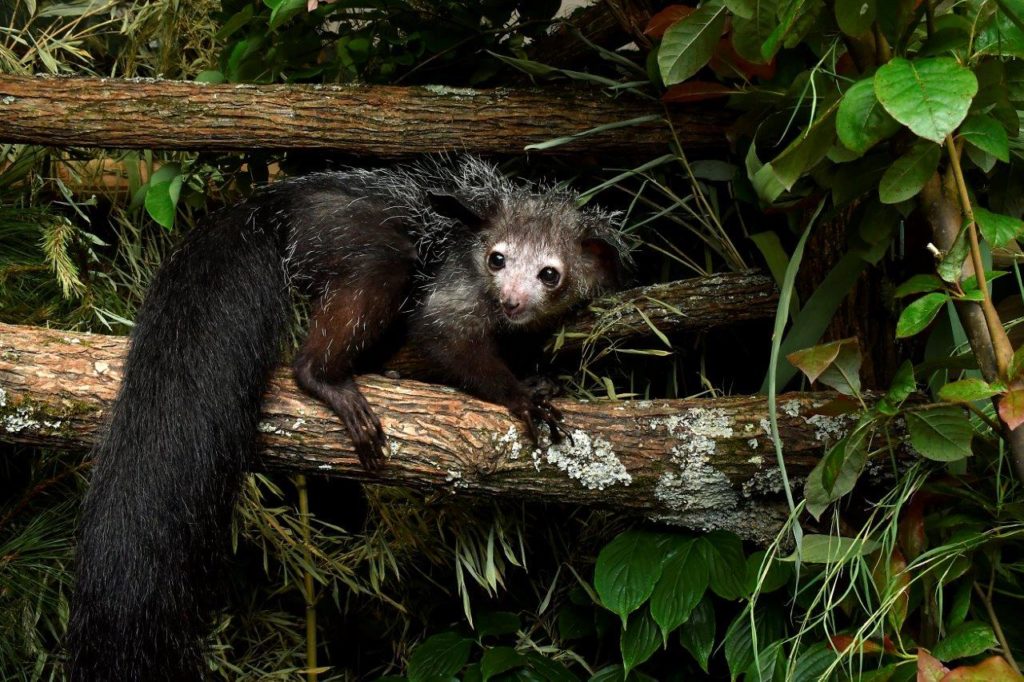 Ardrey while pregnant with Melisandre. Photo by David Haring.

If you want to learn more about aye-ayes AND help support their care and conservation, please consider symbolically adopting Agatha, an aye-aye born at the DLC in 2017, through the DLC’s Adopt a Lemur Program! Your adoption goes toward the $8,400 per year cost it takes to care for each lemur at the DLC, as well as aiding our conservation efforts in Madagascar. You’ll also receive quarterly updates and photos, making this a fun, educational gift that keeps giving all year long! Please visit our Adopt a Lemur homepage to learn more.

To learn more about the DLC’s aye-ayes, visit our Meet the Lemurs webpage.

VIDEO! To watch a video of Melisandre taken on September 19, please click here or on the screenshot below to be redirected to the DLC’s YouTube channel. We love her bright, beautiful eyes! 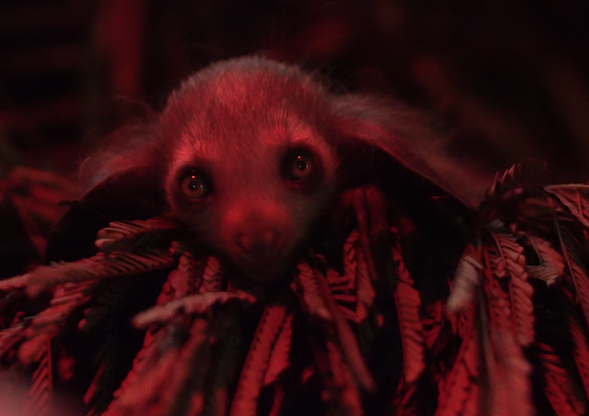 Click anywhere on the image above to watch a video of one-month-old Mel!