VIDEO: Inside a Refuge for Endangered Lemurs in North Carolina 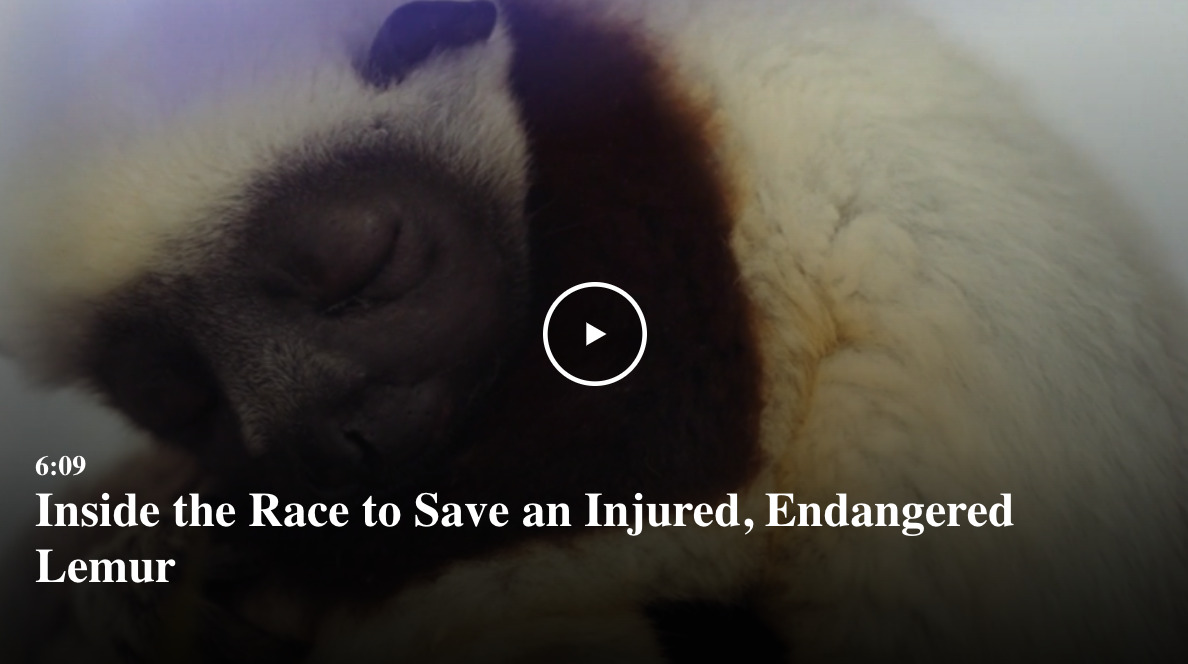 Follow NBC’s Dagmar Midcap, host of “Down to Earth,” and LX News storyteller Cody Broadway as they take you inside the Duke Lemur Center, to meet the lemurs and the devoted team of scientists and researchers fighting to save them.

While onsite this May, the NBC/LX team was here to capture our mission in action—and just happened to be present when Cassia, a Coquerel’s sifaka, was bitten by a copperhead snake. The film crew captured the discovery of the injury and the incredible response of our animal care and veterinary teams to save her life. In doing so, they share what makes lemurs and the DLC so special.

The first part of the series is available to view, with additional chapters filmed in Madagascar with the DLC’s research team coming soon!