I arrived in Sambava on Thursday of last week and after settling in to my SAVA home away from home, the Orchidea Beach Hotel, spent the first days meeting with DLC-SAVA project manager Lanto Andrianandrasana. Project coordinator Marina Blanco arrived from the United States on Saturday, and joined our lengthy meetings of mapping out project strategy. 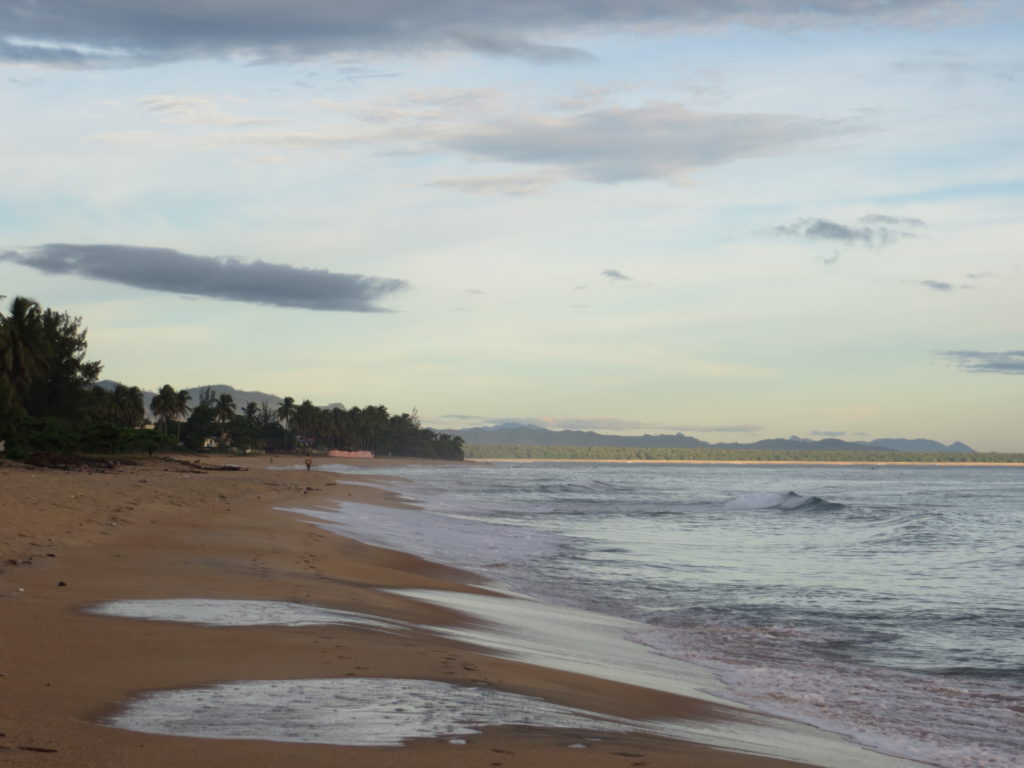 The beach in Sambava in the early morning. 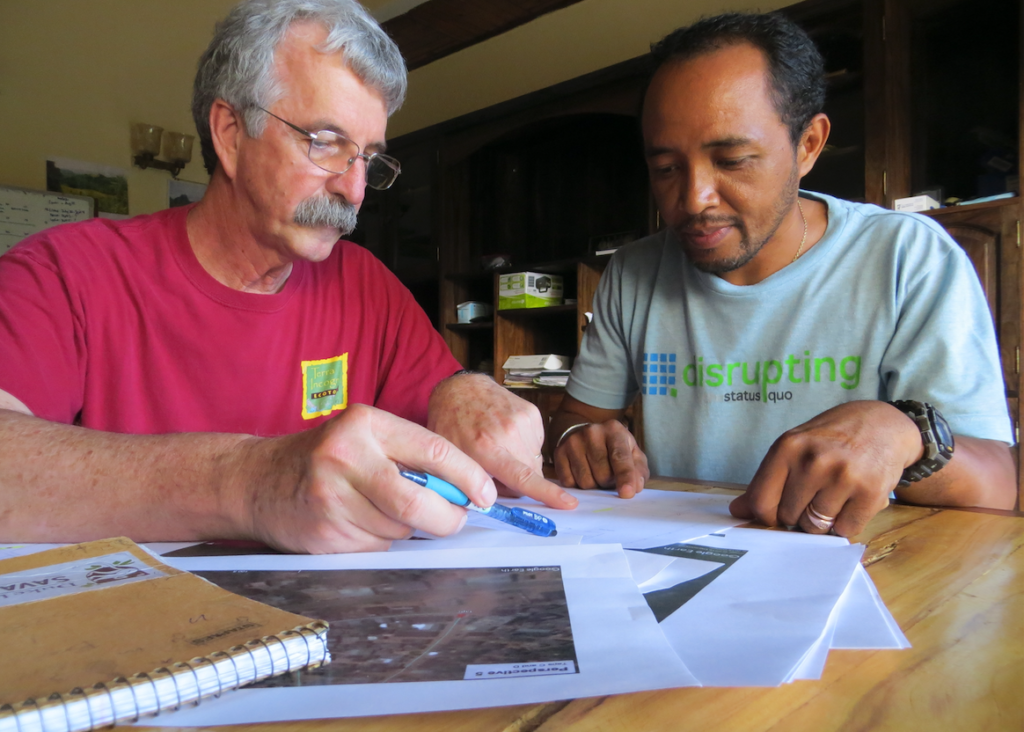 Going over the DEID water project plans with Lanto in the DLC-SAVA office.

On Tuesday, Lanto and I made the 80 kil. drive to Andapa in the western part of the SAVA region, to meet with various project collaborators there. On the way to Andapa we stopped at the village of Manantenina to inspect the housing where members of the Duke Engineers for International Development (DEID) will stay this summer as they work on finishing installation of a clean water system for the village, a project begun by last year’s DEID team. (DEID is student organization in Duke’s Pratt School of Engineering. Every year, DEID sends student-led groups to locations around the globe to assess and implement engineering projects that spur development.) We found the house, which Madagascar National Parks (MNP) kindly allows the DEID groups to use, needing only a few repairs and a bit of cleanup. 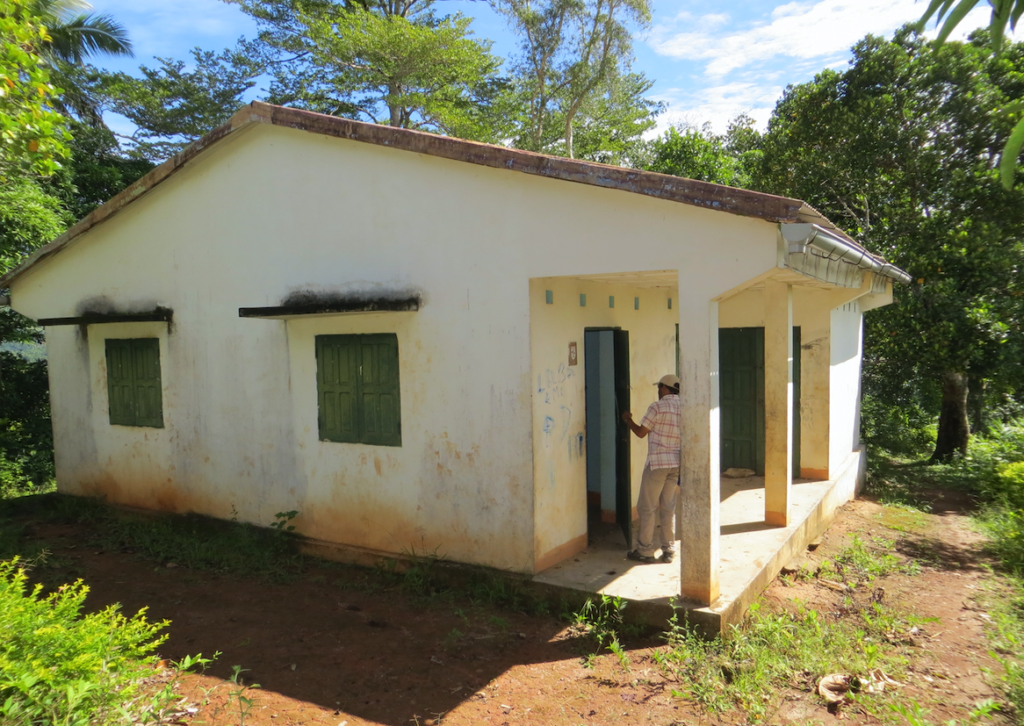 Lanto checking out the DEID house. 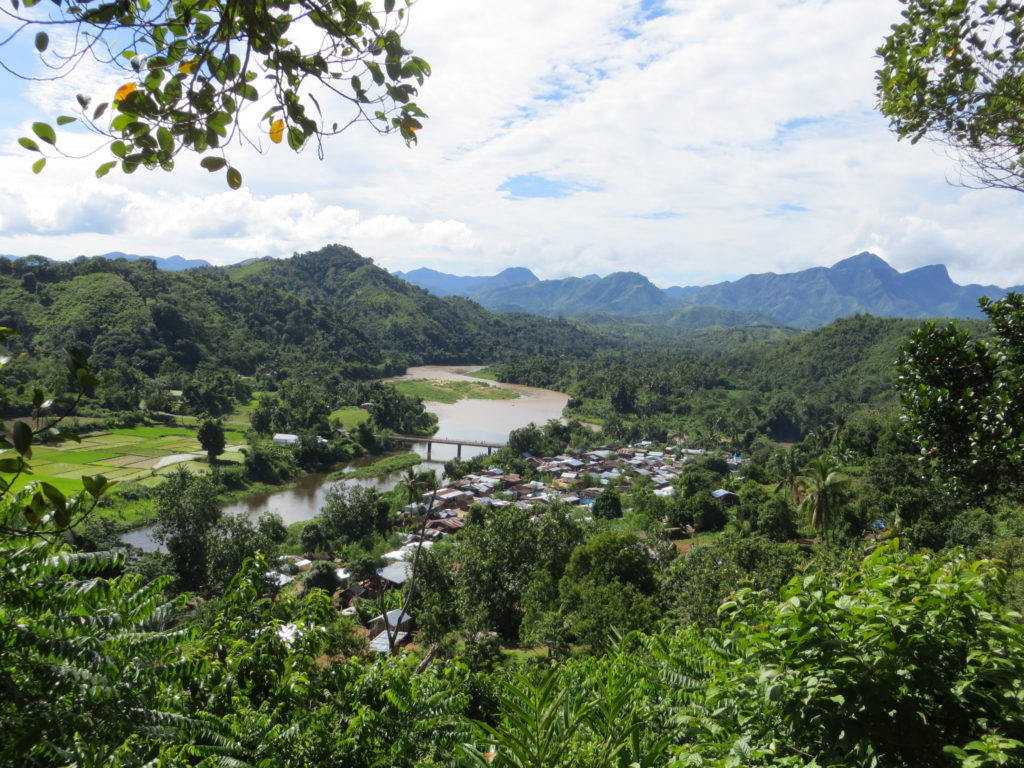 The view (of the village of Manantenina) from the hilltop house site.

Once in Andapa, Lanto and I met with the contractor who works with the DEID team, to discuss this year’s DEID project details and logistics. 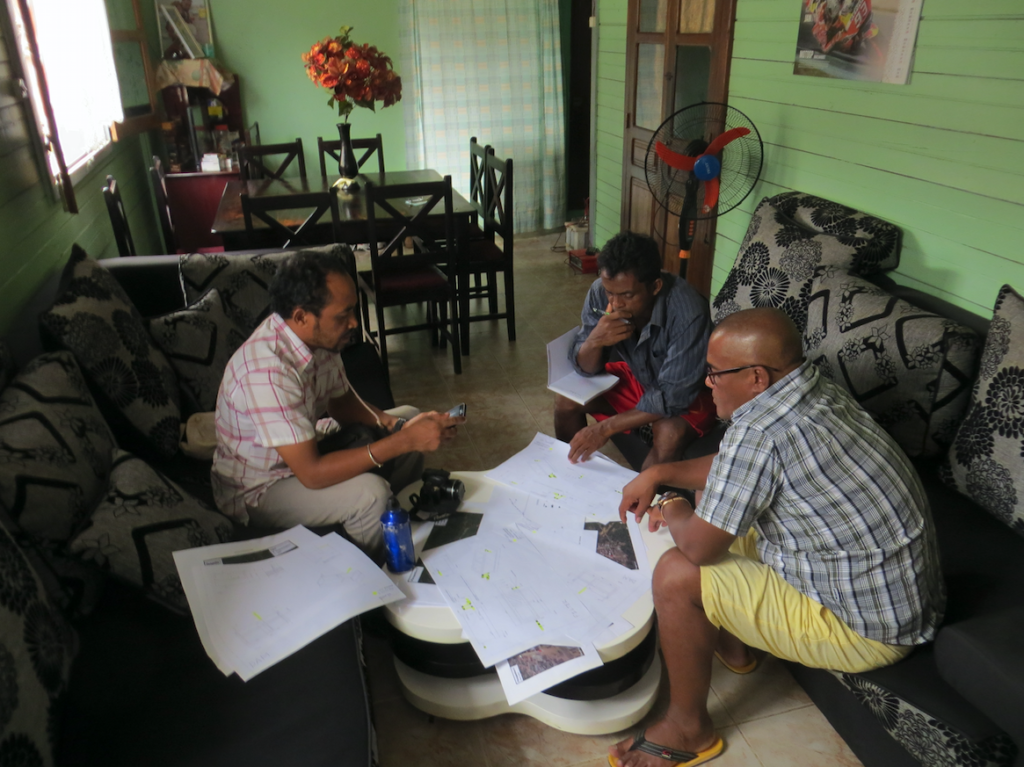 Meeting with the Malagasy contractors Mr. Joe and Mr. Florent.

After a quick ‘hotely gasy’ lunch of, yes, rice (and a little beef with sauce over it) it was onward to another village down a dirt road, Belaoko Marovato, to inspect the beginning of a new DLC-SAVA collaboration with Missouri Botanical Garden (MBG) on mixed-use reforestation. The pepiniere (tree nursery) is up and running and full of seedlings and germinating seed. The idea behind mixed-use reforestation is that in addition to native trees, one is also planting trees with commercial and/or fruit-producing potential – that is, trees that have a value to the local community (and hence are less likely to be cut down). The primary commercials being used in our collaborative plots are cacao (chocolate) and cloves, both of which grow well in the SAVA region and have good value. We visited the first plot of tree seedlings to be planted out, on land that is part of the nearby primary school. Our intention is to integrate the mixed-use reforestation efforts with the DLC-SAVA environmental education program by involving the students as much as possible with both nursery and planted out seedling care. Reforestation is an excellent environmental education teaching tool! 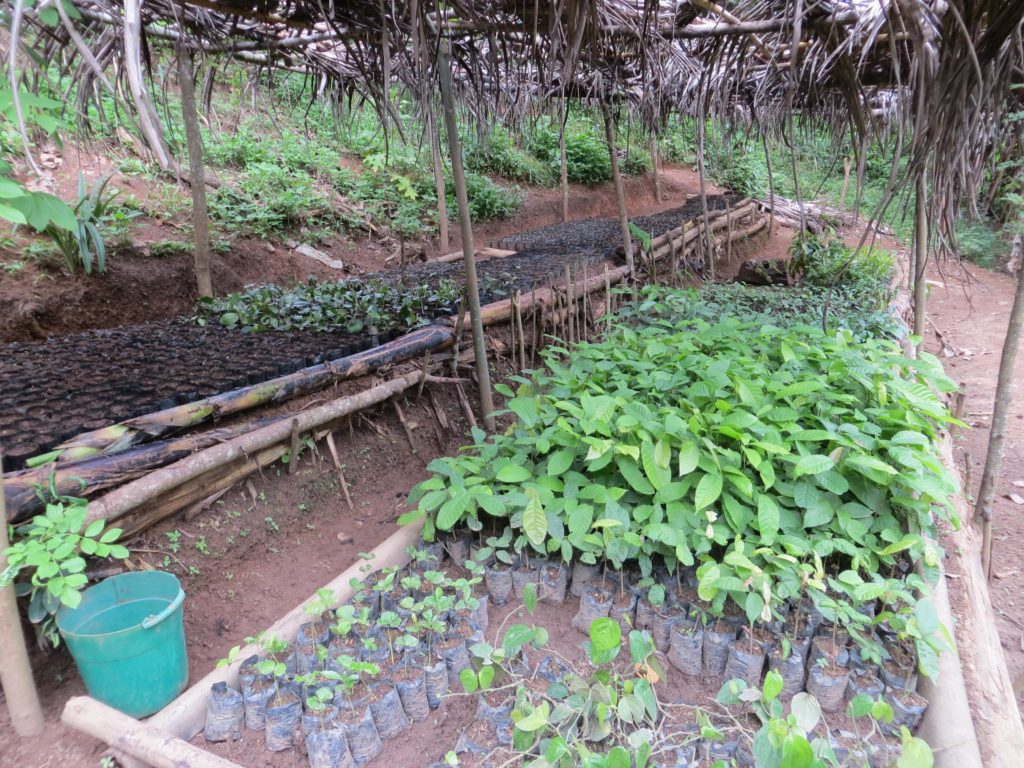 The tree nursery with the main leafy mass being cacao seedlings and the bare dirt pots on the upper level are germinating clove trees. The plants in the very foreground are peppercorn (vines). 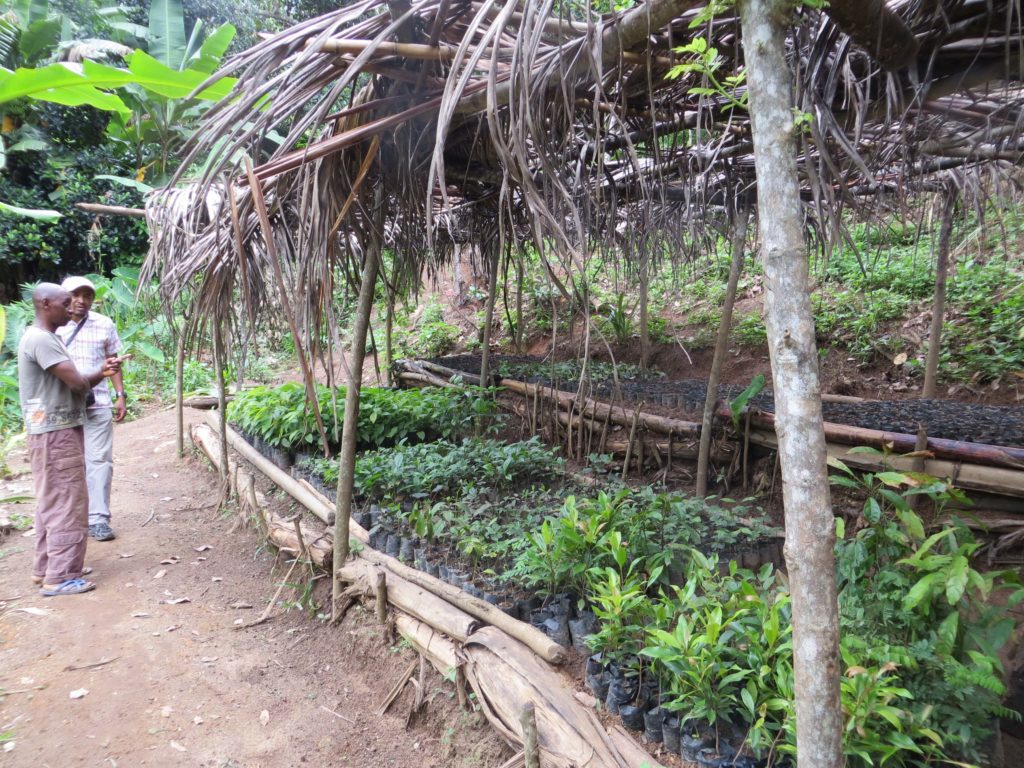 Lanto and the ‘pepineirist’ inspecting the nursery. 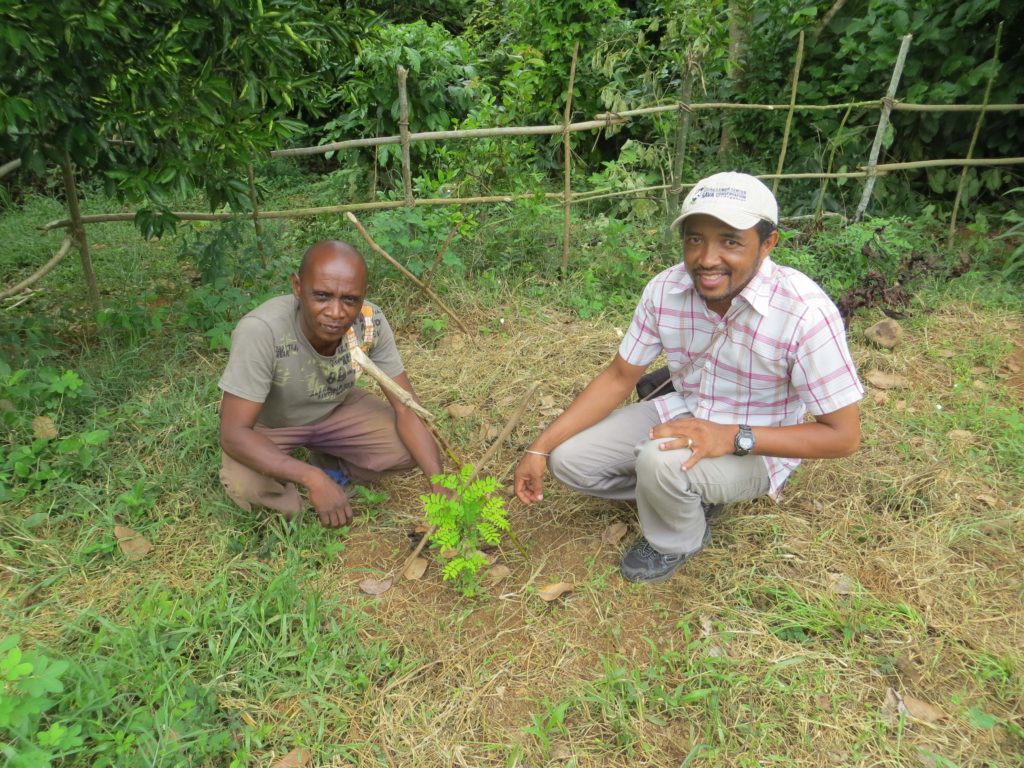 Lanto and pepinierist with a relatively newly planted native rosewood tree, behind the school!

The school at Belaoko Marovato, which is the location of the tree nursery and first planting, is one of the schools repaired with help from a DLC-SAVA donation drive after cyclone Enawo, in March of 2017. 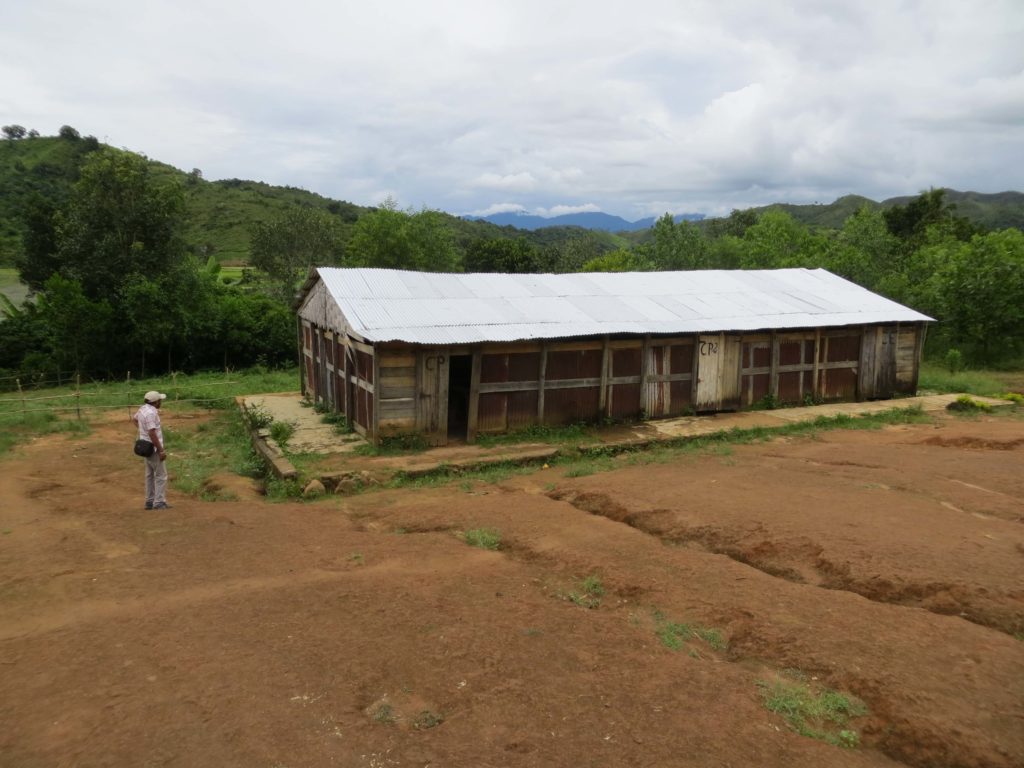 Rebuilt Belaoko Marovato school (note the all-new roof). The school may look a bit ragged, but it is a covered area for students to learn in. Unfortunately it was empty of students the day we were there, due to a politically designated school holiday. 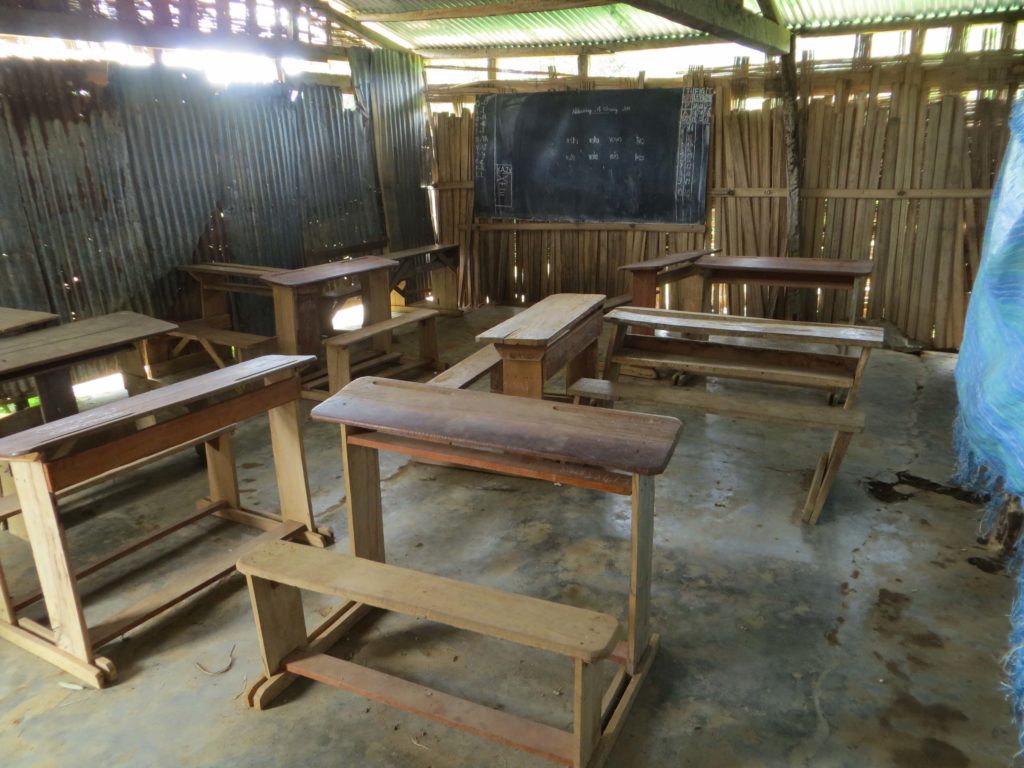 So, back to Andapa, and that was the end of Tuesday. A peaceful night (thanks to rain keeping the nocturnal loud and rowdy crowd off the adjoining street!) at Andapa’s simple but charming Beanana Hotel, and it was back to Sambava on Wednesday morning.

Click here for the second installment of Charlie’s Travelogue.