Red-fronted lemurs are one of the few lemur species that are not female dominant. Group size averages eight to ten individuals, and as the group moves through the forest, they stay together by way of a regular series of grunts and contact calls.

This species is sexually dichromatic and the sexes are easily distinguished from each other: males are gray to gray-brown, and females are reddish-brown. Both sexes have pale patches over their eyes, and the males have a reddish crown.

The red-fronted lemur is protected in at least ten Madagascar reserves and is classified as Near Threatened by the International Union for Conservation of Nature (IUCN). 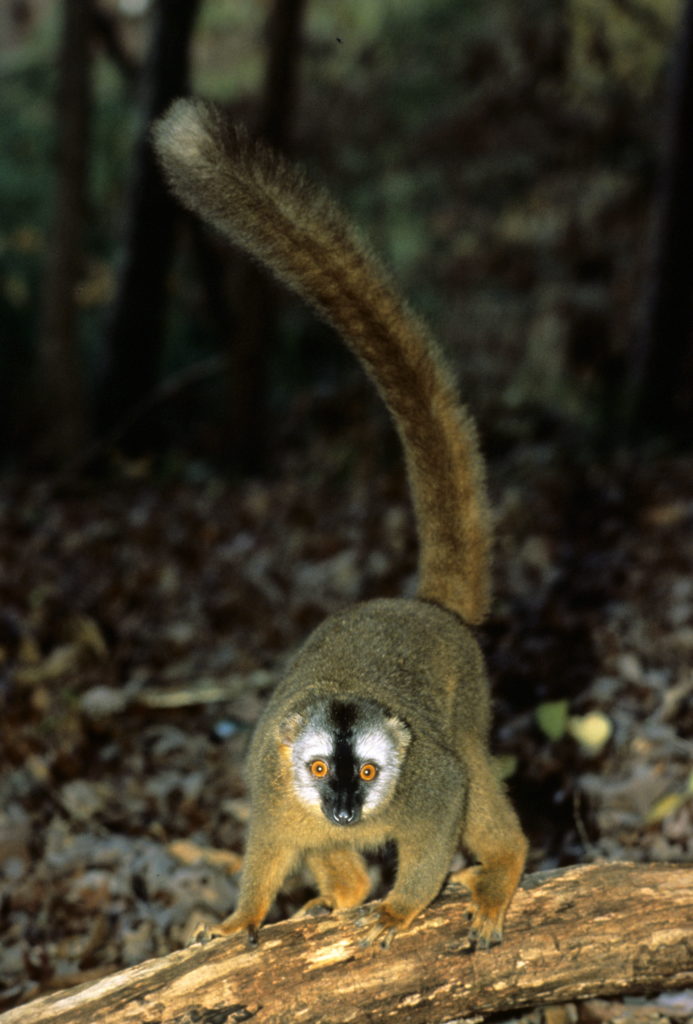 Social structure: sociable, permanent groups of 4 to 18 animals (average of 7 to 8)

Diet: variable with season and habitat, usually fruits and leaves

Number of young: one per year 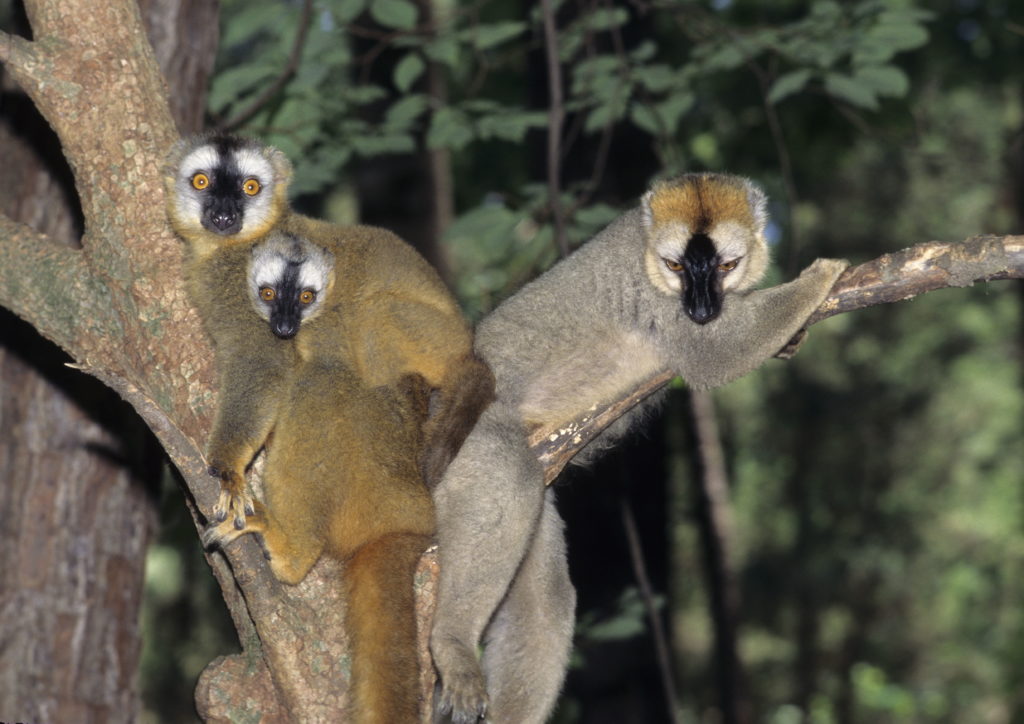 Red-fronted lemurs are sexually dichromatic (different coloration in males vs. females) and the sexes are easily distinguished from each other. Males are gray, and females are reddish-brown. Both sexes have pale patches over their eyes, and the males have a reddish crown.

The diet of the red-fronted brown lemur varies with the season and the habitat. In the west, where they live in the dry forest, red-fronted lemurs' diets are more folivorous, including leaves, stems, bark, and sap. In the east, they live in rainforests and their diets are dominated by fruit. In some areas, these lemurs are important agents for seed dispersal.

Females will give birth to one infant each year. Males have been recorded assisting with child-rearing. Infants cling to their mothers’ bellies for the first 3 weeks, shifting only to nurse. At approximately 5 weeks of age, the young lemurs will take their first tentative steps away from their mothers. With this hint of independence, infants begin to taste solid food, sampling bits of whatever the other members of their group are eating. Nursing continues, in a steady decline in importance in the infant’s diet, until the infant is weaned at approximately 5 – 6 months of age. 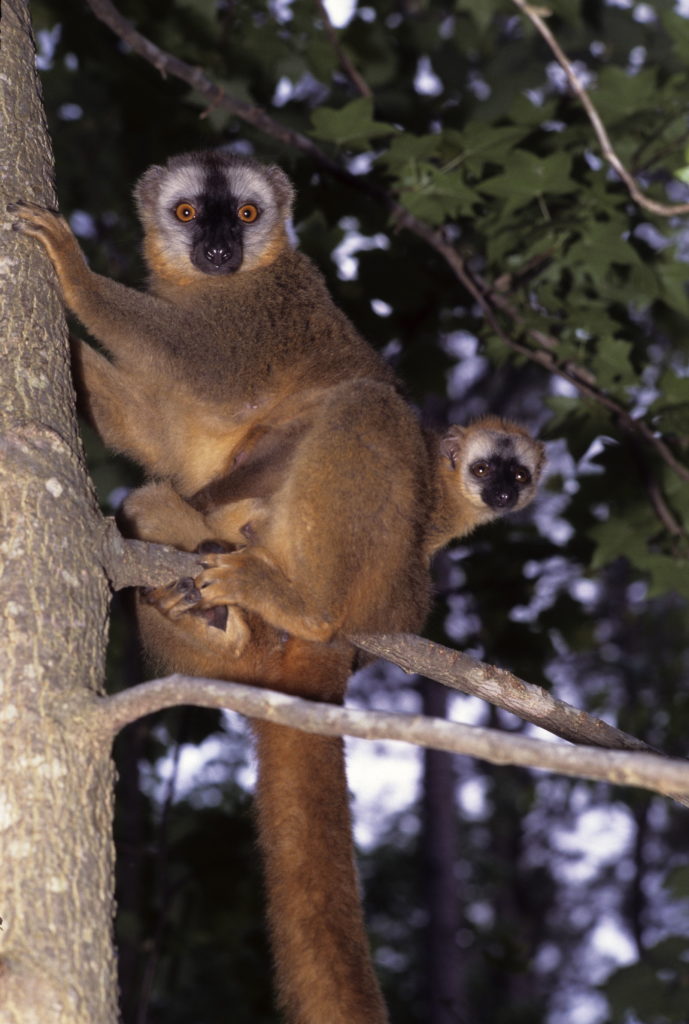 Red-fronted lemurs live in sociable, permanent groups of four to 18 animals. Group size averages eight to ten individuals, and as the group moves through the forest, they stay together by way of a regular series of grunts and contact calls.

While they appear to be cathemeral (active at varying times, both day and night) all year round, more nighttime activity is common during the dry months (May - November).  It is thought that this shift towards nocturnality during the dry, hot season helps the lemurs conserve energy by shifting their activity towards the coolest part of the day. Also, this is the season where there is the least forest cover, so being active at night might help the lemurs avoid detection by predators.

The red-fronted lemur inhabits a long stretch of western Madagascar’s dry forest, as well as a much smaller portion of southeast Madagascar rainforest. In the west, the red-fronted lemur is found from the Betsiboka River south to the Fiherenana river near Tulear. In the east, the range of this lemur is not well established, but more than likely extends from the Mangoro River south to the Andringitra massif. A small population has also been introduced into the Berenty Private Reserve in southern Madagascar.

Although the red-fronted lemur is protected in at least ten Madagascar reserves, its wild population is decreasing.

At this time, there are two red-fronted lemurs in the DLC population. Cardinal and Redbay free-range in natural habitat enclosures each year. Watch them enjoy the fall leaves HERE.