Decade of Restoration in Madagascar

Forests provide countless benefits for wildlife and people, in terms of sequestering carbon, providing food and homes for plants, animals and people, filtering water and supporting healthy soils, to name a few. Despite the importance of natural habitats, especially forests, they have been degraded and destroyed by human activities. That is why the UN has declared the beginning of the Decade of Ecosystem Restoration. Between the years 2021 and 2030, we as a global society need to restore our landscapes and seascapes if we hope to live sustainably and reverse the degradation that is threatening our natural resources. To restore landscapes, planting trees is one step towards bringing back the diverse life that once existed. In addition to reforestation, conservation efforts need to maintain a focus on protecting primary forests and allowing the natural regeneration of habitat.

In Madagascar, the natural habitats are rich with endemic biodiversity. Rainforests cover the mountains in the east, dry deciduous forests spread out across the western plains, wooded savannahs stud the central plateau, and there is a seemingly impenetrable spiny thicket in the south. Since the 1950s, over 1 million hectares (2.4 million acres) of forest have been lost, due almost entirely to human activities. In an effort to restore the landscape, the government and people of Madagascar have declared a goal: to cover Madagascar in forest. 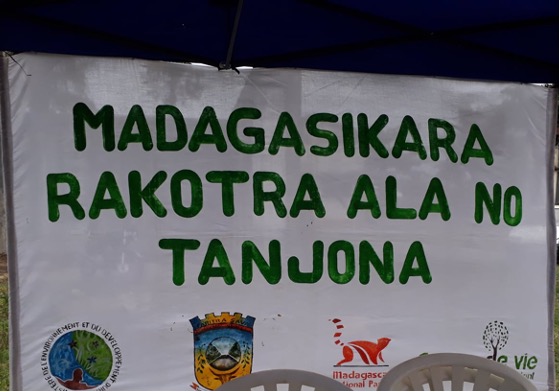 “The goal is to cover Madagascar in forest”

To reach this goal, they will plant 60 million trees over the next four years. They had a successful start in 2020, despite the economic crisis caused by the coronavirus pandemic. In the northeast, the Duke Lemur Center hosts a conservation program in the Sambava-Andapa-Vohemar-Antalaha (SAVA) region. Since January 2021, the DLC has partnered with multiple actors to plant over 50,000 trees, and we have big plans for the rest of 2021 as well. 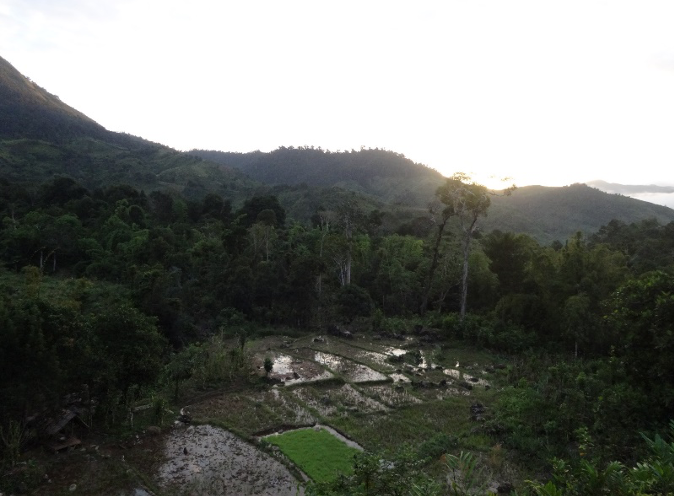 Partnering closely with local actors, we can realize the goal of reforesting Madagascar while also improving agriculture and livelihoods for local communities.

One of the DLC’s chief partners is the local university, Centre Universitaire Régional de la SAVA, (CURSA). CURSA hosts an agroecology plantation in the nearby countryside for the communities and students. The plot is designed to be a mixed-use “food forest”, focusing on native trees as well as fruit-bearing trees and agroforestry. Their goal is to demonstrate the value of trees on the agricultural landscape. By mixing native and fruit trees, the university will generate produce from the plantation. They plan to sell the fruit to generate income for the university and increase their sustainability.

University director Christophe Manjaribe (left) took the lead to plant over 16,000 seedlings at their demonstration ‘food forest.’ Ardhilles (middle) has led the collaborative activities between DLC and CURSA to promote agroecology in SAVA, and staff and students (right) also came to help support the effort.

In February they planted 16,500 trees on about 8 hectares (~19 acres). Over 100 students and staff, as well as 200 local community members, attended the planting event to help. Not only did they plant diverse fruit trees, like jackfruit, soursop, mangos, and bananas, but also trees from which the nutritious leaves can be harvested, like Moringa and cassava. They also planted mixed beans as cover crops, which fix nitrogen in the soil, cover the ground with a living mulch, and best of all: the beans attract an edible insect called “sakondry”. Sakondry is a nutritious insect native to Madagascar and already a common food source. By increasing the cultivation of their bean host plants, the farmers can get a double crop: beans and bugs! Check out Cortni Borgerson’s work on sakondry as an alternative to bushmeat hunting. 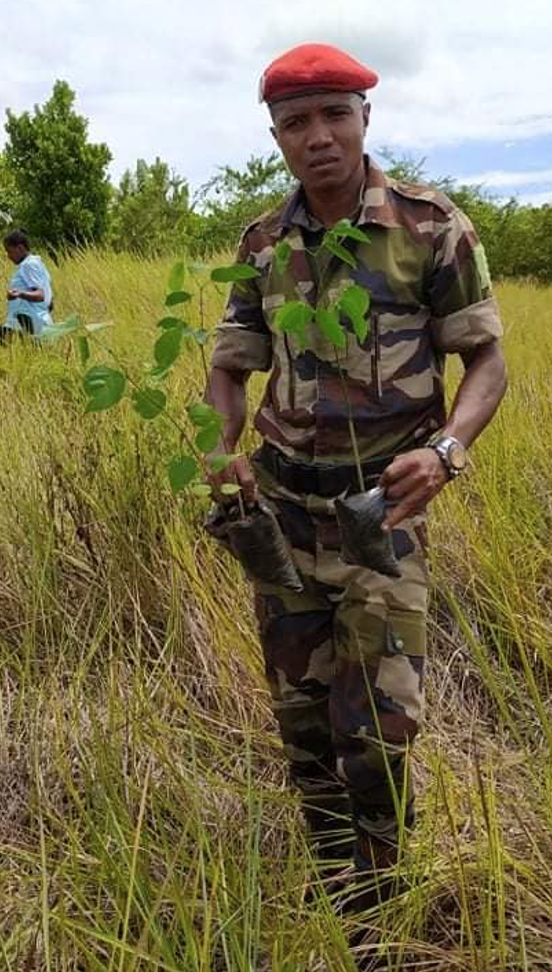 The local branch of the military in SAVA dedicated their land to reforestation, planting 16,000+ seedlings in February and March of 2021.

Another motivated group that is making great strides towards landscape restoration is the local branch of the military. They have dedicated a part of the land on their base to reforestation. While they had previously tried to farm the land, they found the soil too degraded and unproductive and decided they would use the land to contribute to the national reforestation campaign. The military has agreed that they have almost 100 hectares that they want to dedicate to reforestation. They do not currently have access to the quantities of seedlings or seeds they will need to achieve their goal, though. They also fear that their plantation is at risk because most of the grasslands around it are being burned by farmers in preparation for planting.

In February and March, the military planted 21,000 seedlings of 14 different species. The military, police, Ministry of Environment, and community members including school groups all came to participate in the planting. 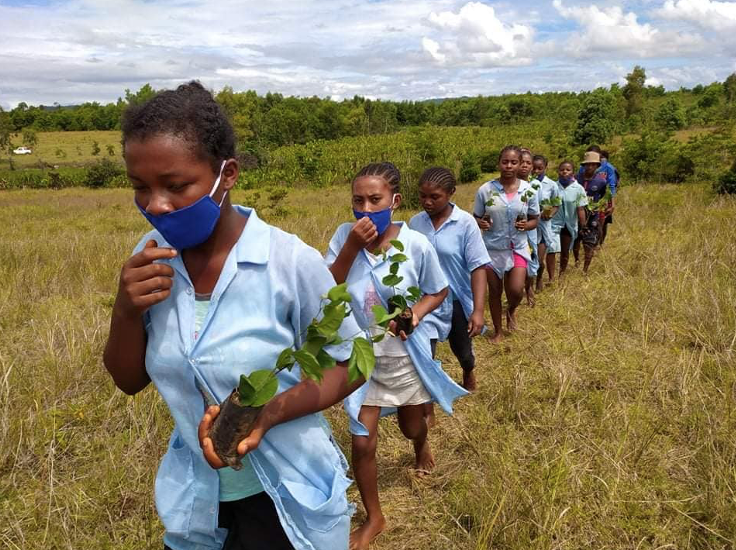 Local communities including school groups pitched in to help with the efforts.

They also cleared a 2-kilometer long firebreak around the plantation to protect it from fire. Next, they will create their own tree nursery where they can produce the seedlings they need to continue their reforestation efforts in the future. 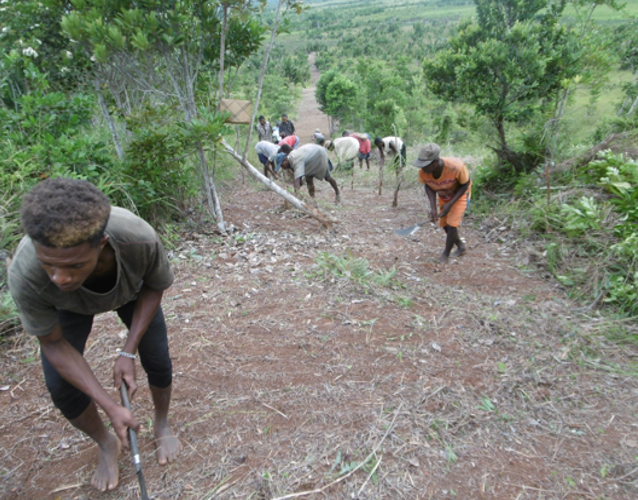 Community members help to clear a firebreak at Amborinala, which is a path of cleared land to prevent a fire outside the plantation from spreading into it and burning the seedlings. DLC-SAVA and CURSA collaborated with the communities to execute this site maintenance.

DLC is partnering with five such plantations this year to support their efforts and see their goals achieved. Each partner will plant 10 -15,000 seedlings in 2021. DLC and CURSA will work closely with the communities to conduct the crucial maintenance and monitoring steps that are necessary for successful project implementation. We are striving to support these efforts through grants and donor support. We are also in the planning stages of a carbon credit program, which will allow the communities to earn money for the carbon that is being stored in the trees they plant. Until then, all our project activities are supported by grants and donations. On average, it costs $1 to plant a tree in Madagascar. Consider helping our partners in Madagascar meet their goals. We are especially grateful to the General Mills for a grant that supports our restoration efforts, and to Anicet Ranaivoson and Ardhilles Andriantinefiarijaona, DLC-CURSA Liaisons who have been instrumental in executing these projects.