GUEST BLOG: A Field Test with the Lemurs 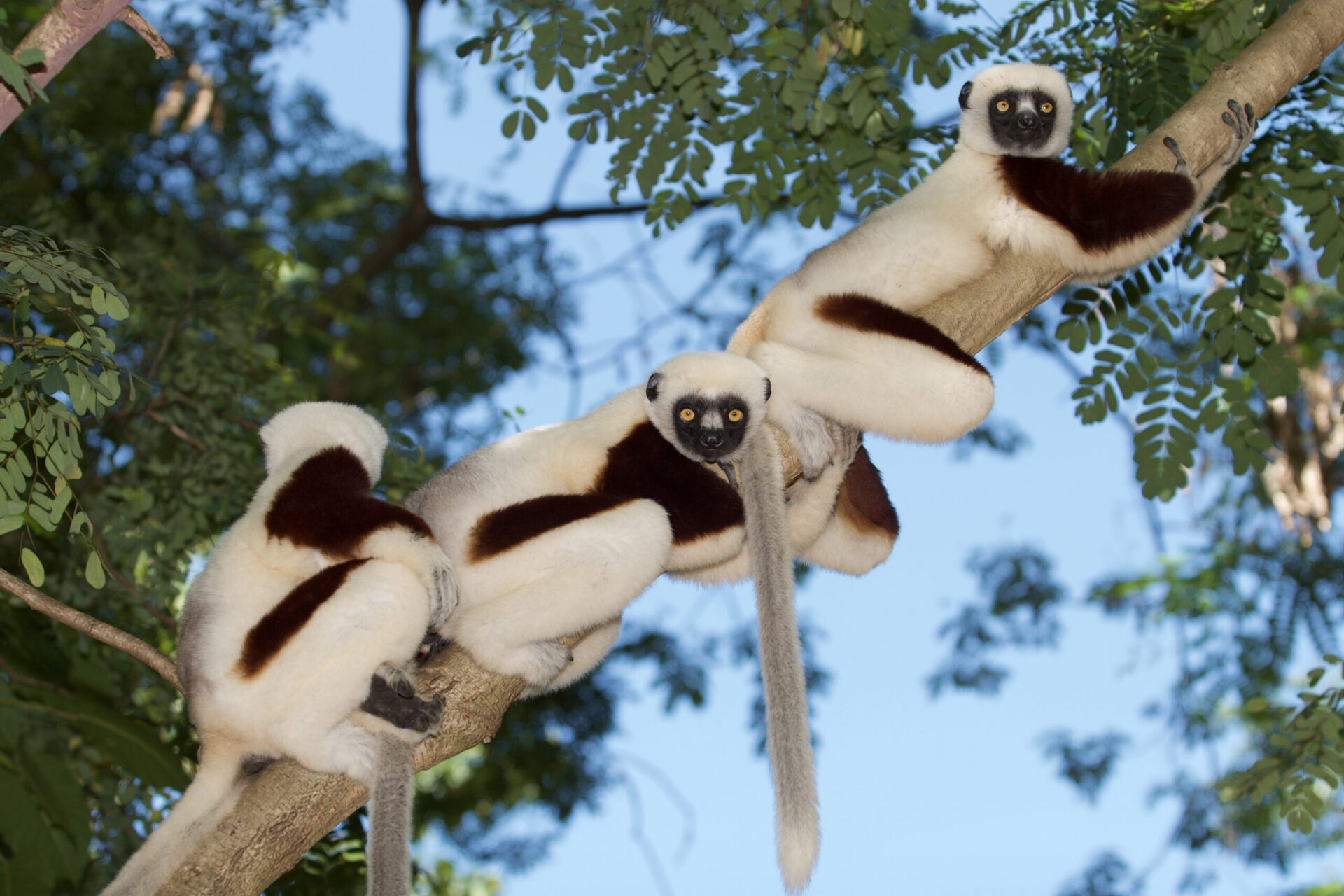 It was 2009 and the peak of the dry season in Ankarafantsika National Park, northwest Madagascar. That meant that it was hot. Like, crazy hot. I fanned myself with my data book as I stood in the middle of the forest. My job as a primatologist was to find and follow groups of Coquerel’s sifaka for 12 to 14 hours every day for fourteen months. I wanted to know how the forest edge—the area between forest and non-forest habitat—impacted what lemurs ate, where they went, and how they behaved. I wanted to contribute to the conservation of this and other endangered lemur species.

That day—in the heat of the day—the lemurs were resting. I was tracking a group of five. Periodically, I could see one of the younger lemurs bouncing between the adults. I laughed. As I stared up at the lemurs—real-life lemurs in the wild—I could hardly believe I had made it this far. Getting to this point had been a hard-fought battle. I write about that battle in my new book, Chasing Lemurs: My Journey into the Heart of Madagascar. 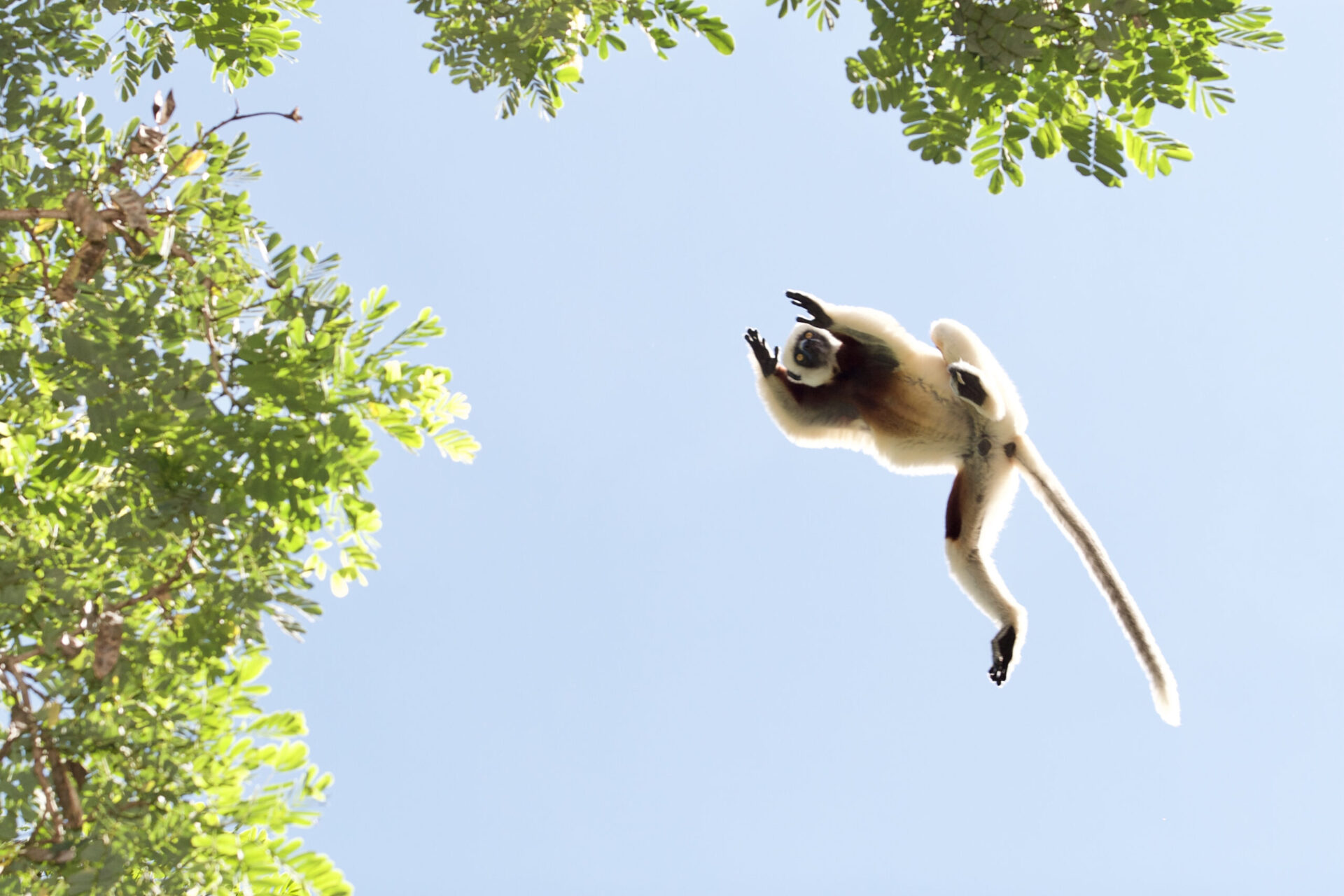 Two years before, if you had asked me what I planned to do for my Ph.D. research, I would have told you that I was going to Madagascar to study a different species of lemur altogether—Von der Decken’s sifaka—in Kasijy Special Reserve. But it was one of my thesis committee members who gave me the best advice about field work. He said: “Remember, no proposal survives the field. Something will inevitably not go as planned. You have to be able to adapt and revise.” I know now that “adapting and revising” was an understatement.

In 2006, I had not yet lived that advice. I went to Madagascar to join my Ph.D. supervisor for my three-month pilot research project. I was going to set up a field site where I could later return for my longer Ph.D. research. Kasijy Special Reserve is located in northwest Madagascar and it is extremely remote. To get there, we would have to drive from the capital of Madagascar, Antananarivo, to the nearest village, called Kandreho. From there, we would say goodbye to our vehicles and hike the remaining 18 miles along sandy, rocky terrain. We would carry all of our equipment and food.

I was thrilled to be heading to Kasijy because only two research teams had been there before, which meant that there was very little data on the eight different species of lemur that lived in the reserve. That meant that I would have the opportunity to ask new questions and make new discoveries about the lemurs. As a scientist, I found that very exciting.

My Ph.D. supervisor would be with me for the first few weeks of the trip to help get me set up, but after that I would be going it alone. I would be the only female on the trip, and I would have only two others with me who spoke English or French—two Malagasy university students. The rest of the field team—a cook and two field guides—would only speak Malagasy. Luckily, this wasn’t my first foray into fieldwork. Before this, I had spent months in Belize studying howler monkeys. But this was my first time in the wilds of Madagascar.

We had an intricate plan which had been a year in the making. My Ph.D. supervisor had even gone so far as to calculate the total number of kilograms of rice we would need per person (anyone who has travelled to Madagascar can tell you how important rice is for Malagasy culture). But as the trip progressed, we were met with one roadblock after another. What we had anticipated to be a three to four-day journey from Antananarivo took us twelve days. Twelve days stopping and starting. Our team battled nasty cases of food poisoning, a throat infection, gnarly backcountry roads, challenging local politics, and an epic hike along the bank of the Mahavavy River. 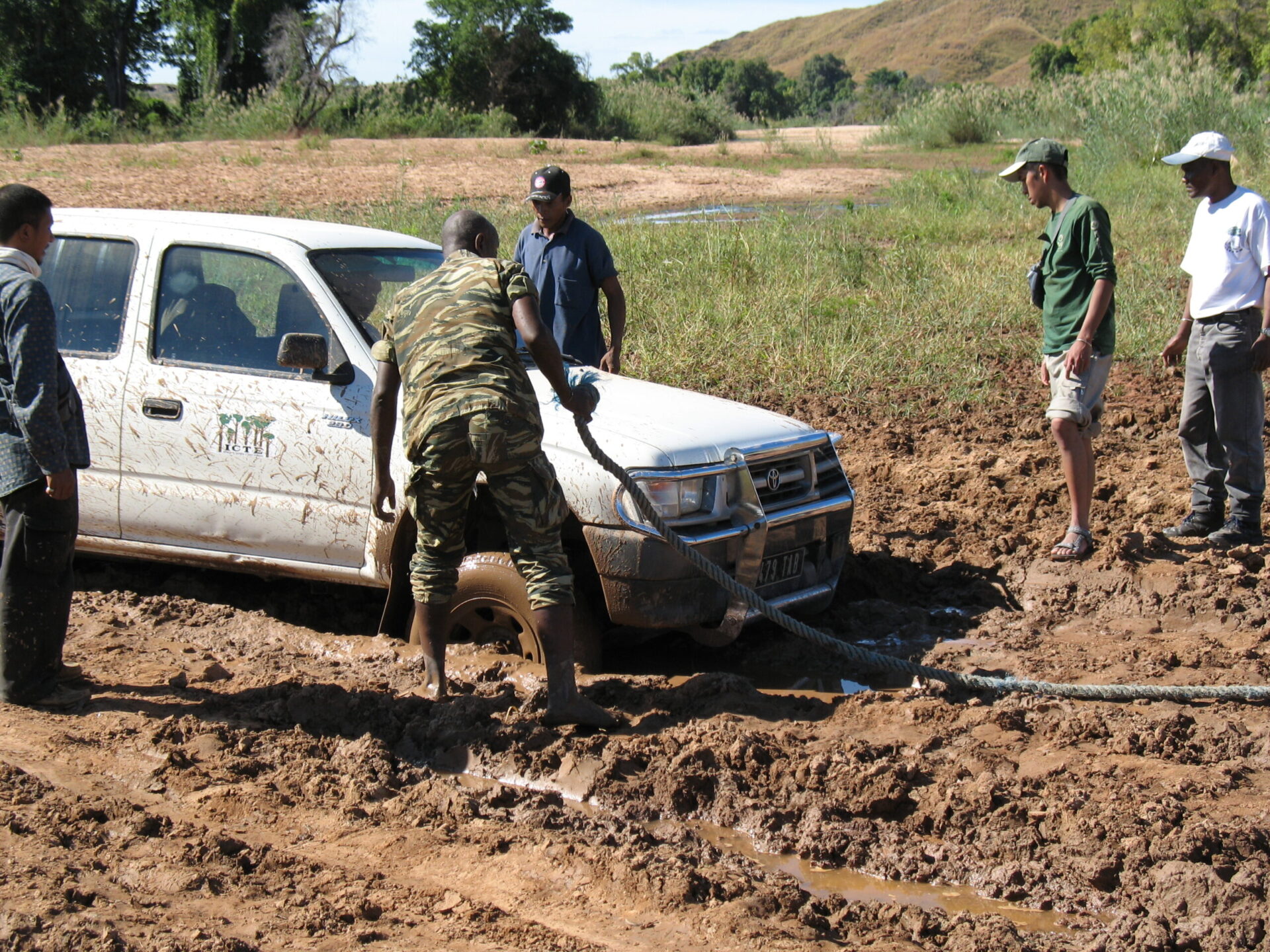 On the road in Madagascar. Image (c) S. Lehman.

That journey took every ounce of strength and patience I could muster. I was desperate to see lemurs in the wild and to get rolling on my research. After meeting all challenges, we did make it to Kasijy. The catch was that four days later my PhD supervisor would have to go back. All of the delays had reduced the amount of time he was able to spend in the field helping me get set up. He would take one of the university students back with him due to a family emergency. That left me with just one other person who spoke English or French—the other university student, Andry.

Then one night—in the middle of the night—our cook, Fidele, came to my tent. We faced an emergency. Andry was shivering uncontrollably and delirious with fever. I rushed to his tent and kneeled by him, desperately flipping through my medical book to see what could be done. Then he turned to me and said: “I think it might be malaria.” 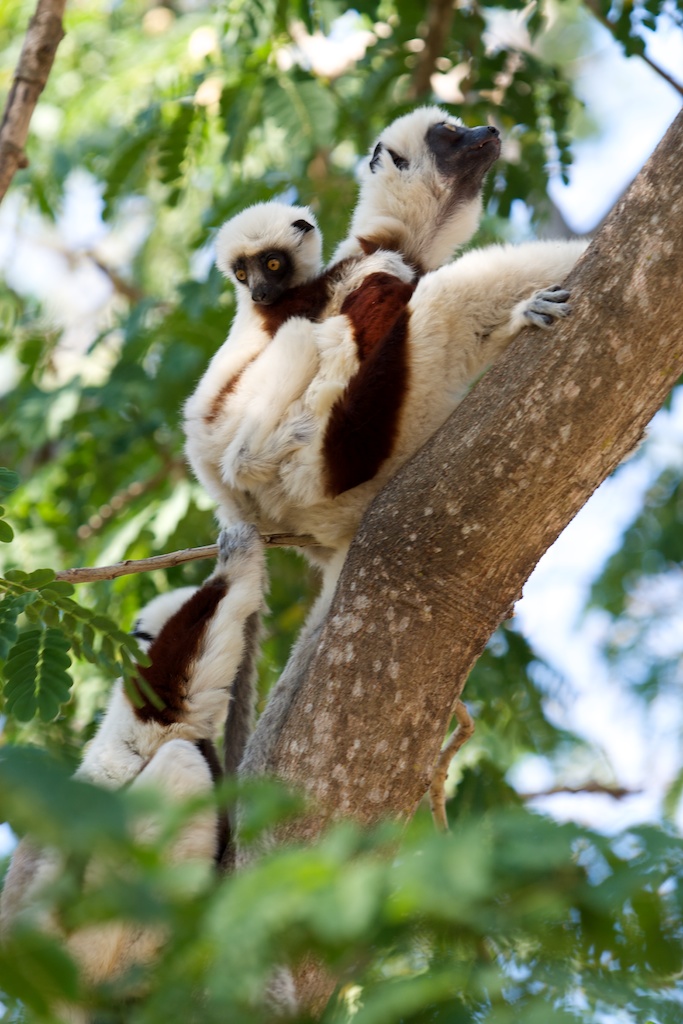 The lemurs are moving lower in the tree. It must be because they are hot, I think, and back away slightly. But they keep moving down, a little at a time, until they are sitting directly on the ground, their arms wrapped around the tree trunk. They look over at me, but I have been following this group for months and they don’t seem to mind my presence. A few minutes pass and I take a seat as well. I pull out a snack and laugh out loud. After all the hardships I had endured to get here, here I was at last, having a picnic with lemurs.

Keriann McGoogan has a doctorate in biological anthropology and a master’s in primatology. For nineteen months, she lived and worked in Madagascar, spending twelve-hour days following groups of lemurs through the northwestern dry forests. Previously, she had spent six months in Belize studying black howler monkeys. From 2009 to 2017, she taught courses in anthropology at the University of Toronto Mississauga, the University of Waterloo, and Trent University. Having left the world of academia, McGoogan volunteers as a board member for Planet Madagascar, a nonprofit that aims to conserve Madagascar’s unique biodiversity while also helping the local Malagasy people. Her memoir, Chasing Lemurs: My Journey into the Heart of Madagascar (Prometheus Books) published in April 2020. 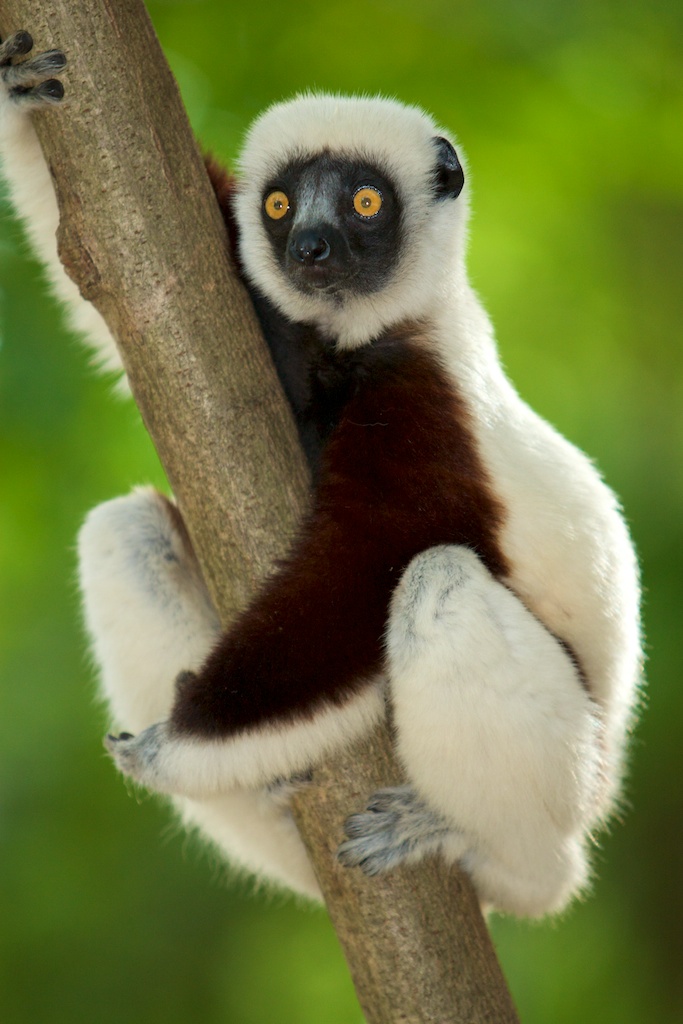 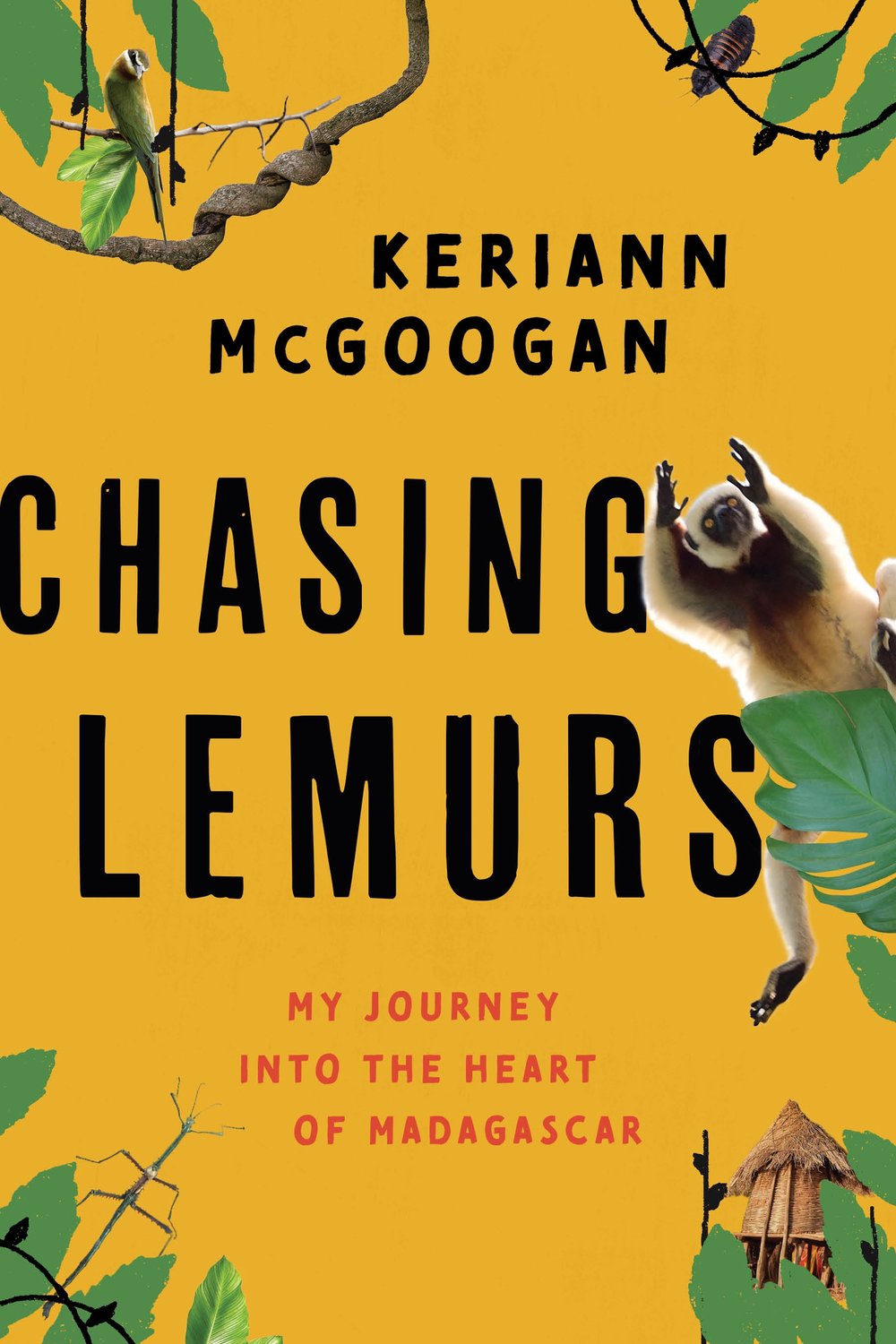