Lemurs are primates found only on Madagascar. They likely arrived from ancestors on Africa 60 million years ago, and in that time, over 100 species evolved. They can be found in almost all the natural environments of Madagascar: eastern rainforests, western dry forests, high mountains and even in the spiny desert. They diversified to fill many different roles in their environments, such as eating fruits and dispersing seeds, pollinating flowers, and even predators on other lemurs! From a scientific perspective, studying lemurs and other species on Madagascar is like being in a living laboratory that is irreplaceable.

Most lemurs are quite specialized in the habitats they prefer. Those habitats are disappearing at an alarming rate due to human activities, with almost half of the forest lost between 1950 and 2018. Lemurs are also hunted, sometimes for local subsistence, but often to sell the meat to hotels and restaurants in the city that serve exotic meat dishes. Because of these and other threats, 90% of lemurs are threatened with extinction.

Last year, a team of Malagasy scientists from CURSA, the university in the SAVA region studied the rare and threatened silky sifaka, Propithecus candidus. This species, and 21 others, are Critically Endangered, meaning they are at a high likelihood of going extinct in the next 100 years without intervention. The primary reasons are loss of habitat due to deforestation and hunting. In collaboration with the DLC and the World Wildlife Fund (WWF), the CURSA scientists discovered there are several small populations of the silky sifakas, but also numerous threats to those populations. The threats include hunting, logging for timber, clearing forest for agriculture and small settlements, and more. 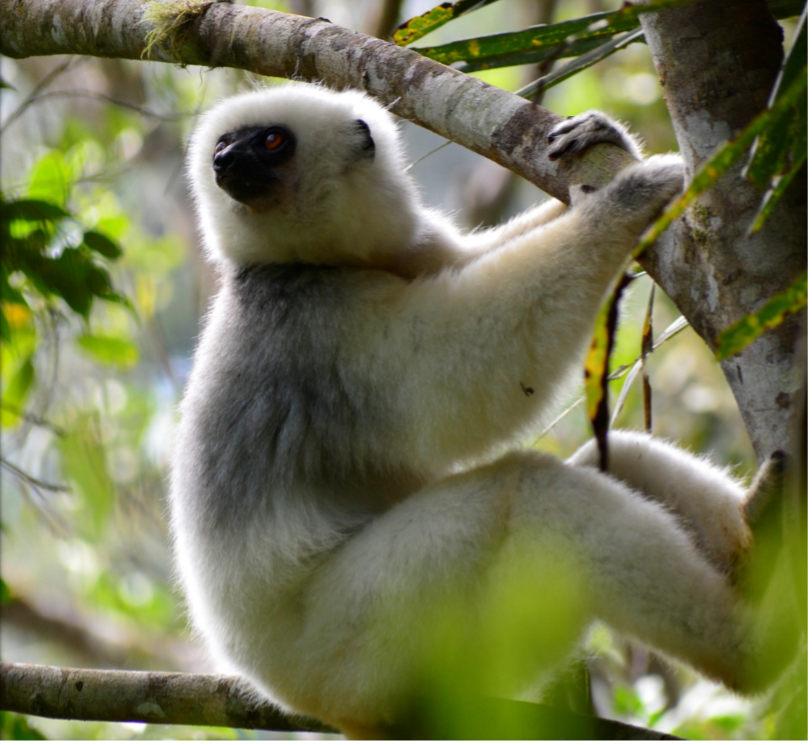 The silky sifaka, Propithecus candidus, is the focus of on-going research. These lemurs are Critically Endangered due to logging, clearing forest for agriculture, and hunting. Photo credit: Laura De Ara.

To address these direct threats to lemurs, CURSA and DLC are continuing missions at these sites. The first goal is ecological surveys and monitoring of lemur populations and threats like logging and hunting. The second objective is to lead an information campaign on natural resource management and learn about the reasons people hunt lemurs, harvest trees, and clear forests. The plan is to co-create projects for sustainable natural resource management such that local populations can develop alternatives to hunting wildlife.

During their surveys in the forest, 10 out of the 12 lemur species that are known in the COMATSA protected area were found. This included the silky sifaka, though only three small groups. New threats observed since the last mission included large trees of all different species cut for timber. The team found and disarmed numerous lemur snares and traps for other mammals. Many areas of forest had been clear-cut for swidden agriculture. While rice is the usual crop and is the staple for the smallholder daily diet, an unusual illegal crop that is creeping into this region is marijuana. These challenges and more continue to put pressure on the few remaining populations of these endangered lemurs. 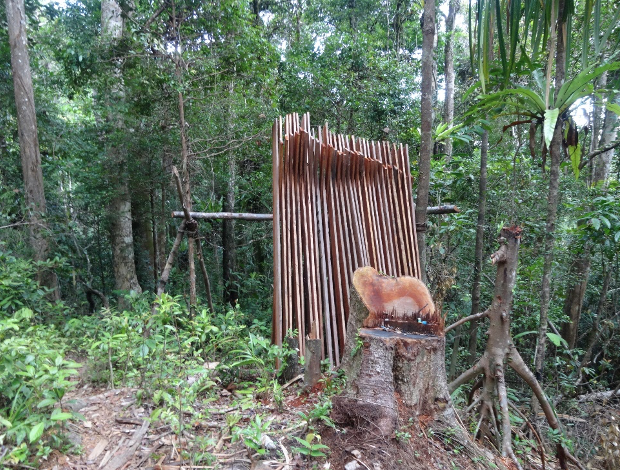 Illegal logging in the forest for timber is common. Many of the hardwood trees harvested for their high-quality wood are also lemur food trees. Logging is becoming more common during the COVID-19 pandemic as people struggle to earn money during a devastating economic crisis.

During focus groups and interviews with stakeholders, local people reported that hunting wildlife is common, including birds, tenrecs, lemurs, carnivores, and bats. While these traditional practices were sustainable in the past, perhaps, the combination of forest loss and small populations of lemurs make it unlikely that lemurs and other animals can provide food for the future. It is also illegal, and lemurs are nationally and internationally protected.

Instead, sustainable alternatives to bushmeat hunting include aquaculture (fish farming), poultry husbandry, sustainable agriculture, edible insects, and more. The team discussed these alternatives with the stakeholders and watched film projections promoting the basic techniques. After several rounds of consulting with the communities in a participatory design framework, we will facilitate the development of more sustainable practices. These projects and more will be the focus of upcoming missions throughout the COMATSA.

To achieve the goals of the project, six Malagasy graduate students will prepare Master’s theses and Ph.D. dissertations about the work, led by Edgar Rabevao. Ten forest managers from each of the local communities will also be essential to the project. By empowering these local stakeholders, long-term conservation of forests and lemurs will be possible while also developing livelihoods for rural communities. 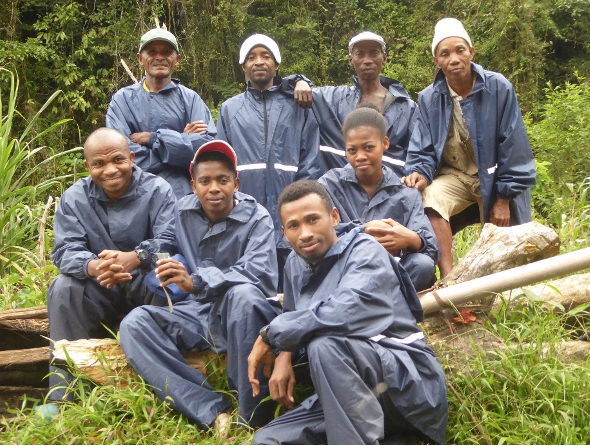 For more on this project, check out some of our virtual content on our social media like this presentation. Make sure you check out Part II of Lemur Conservation in Northeast Madagascar, as we turn our attention to the urban jungle.