Baby season this year launched out of this world with the birth of two new critically endangered red-ruffed lemurs on April 13, 2022! Meet Hubble and Kitt, the newest additions at the Duke Lemur Center! 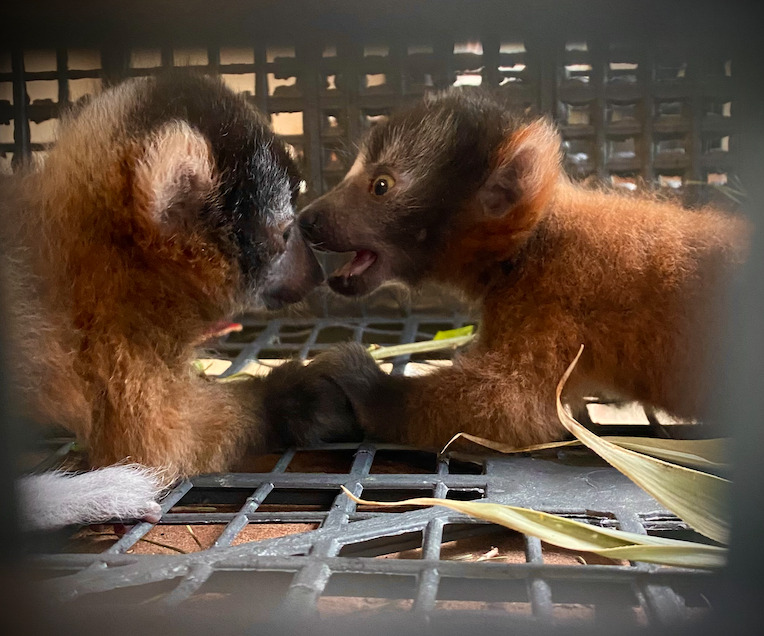 Hubble and Kitt spent lots of time in their nest after they were born. This picture from animal care technician Grayson Pellerito shows the delicate sibling balance of roughhousing and cuddling!

Male Hubble and female Kitt are the first infants of parents Ruby and Buzz. In keeping with the space-themed names given to all ruffed lemurs born at the Duke Lemur Center, Hubble and Kitt both get their names from telescopes. While they may be Ruby’s first offspring, this protective mom is doing a great job! She spent the first few days of motherhood resting near the infants and preferred her food delivered directly to her perch, instead of into the bowl a few feet away. Ruby will occasionally allow Buzz to groom the infants, but has been less comfortable allowing our photographers in her enclosure, limiting the photos and videos we have of Hubble and Kitt so far. 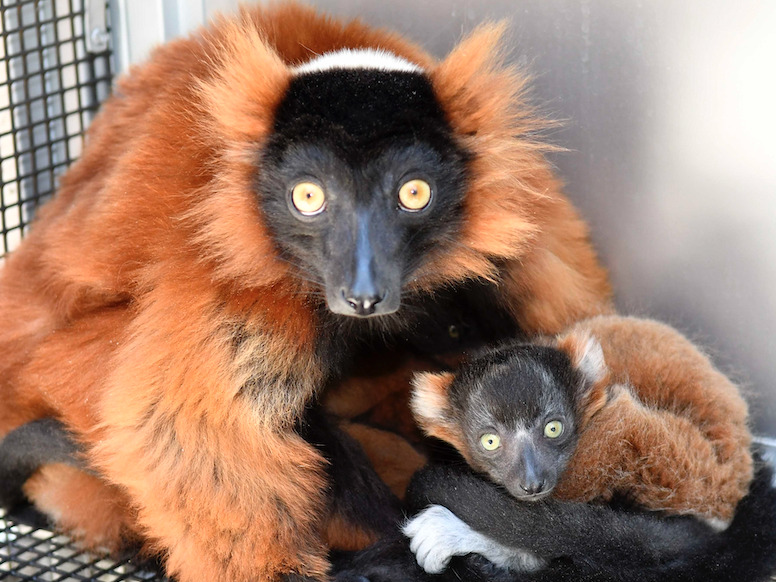 Ruby has been very protective of her new infants, making it difficult for us get clear photographs of Hubble and Kitt. This one was captured by David Haring.

Unlike other lemur species, ruffed lemurs typically give birth to fraternal twins or triplets in human care. Instead of carrying infants like other lemur species, ruffed lemur moms will build rudimentary nests and park their litter of infants in one place. Ruby’s keepers provided pieces of fleece, cardboard, leaves, and sticks as she approached her due date to encourage this behavior. Her simple nest provided a safe home for the first weeks of the twin’s lives. Hubble and Kitt have left their nest and now spend their days climbing around their enclosure. When they are big enough, they will free-range in a forested habitat with their parents. 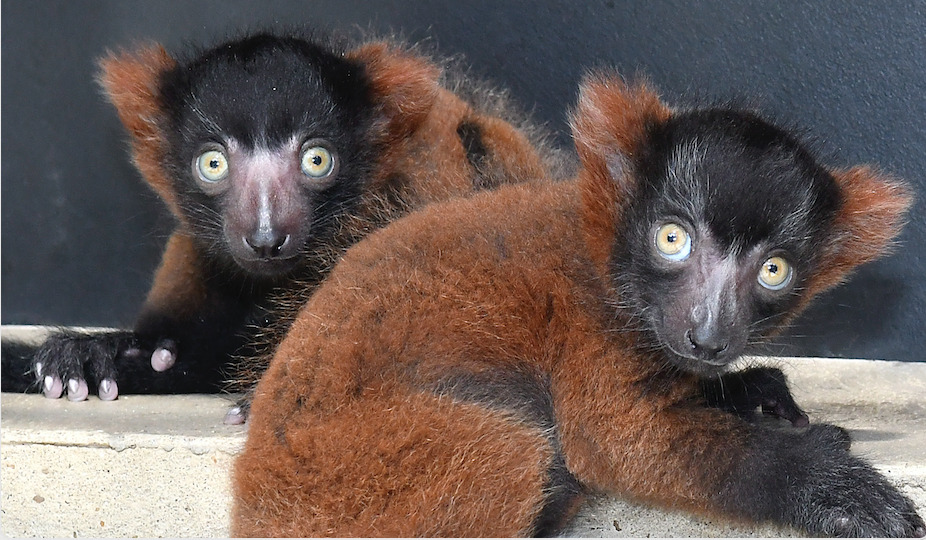 Red ruffed lemurs normally give birth to twins or triplets.

Send Hubble and Kitt a “baby shower” present: gifts from our Amazon Wishlist provide treats and enrichment for the lemurs and supplies for our staff as we learn about, care for, and protect lemurs here and in Madagascar.

Visit a ruffed lemur: While Hubble and Kitt are not visible to visitors, guests on a General Tour will have the opportunity to meet black and white and red ruffed lemurs. Reservations are required to visit the lemurs and we are unable to accommodate walk-in guests.

Learn more: Learn all about this fluffy, loud, and fruit-loving species!