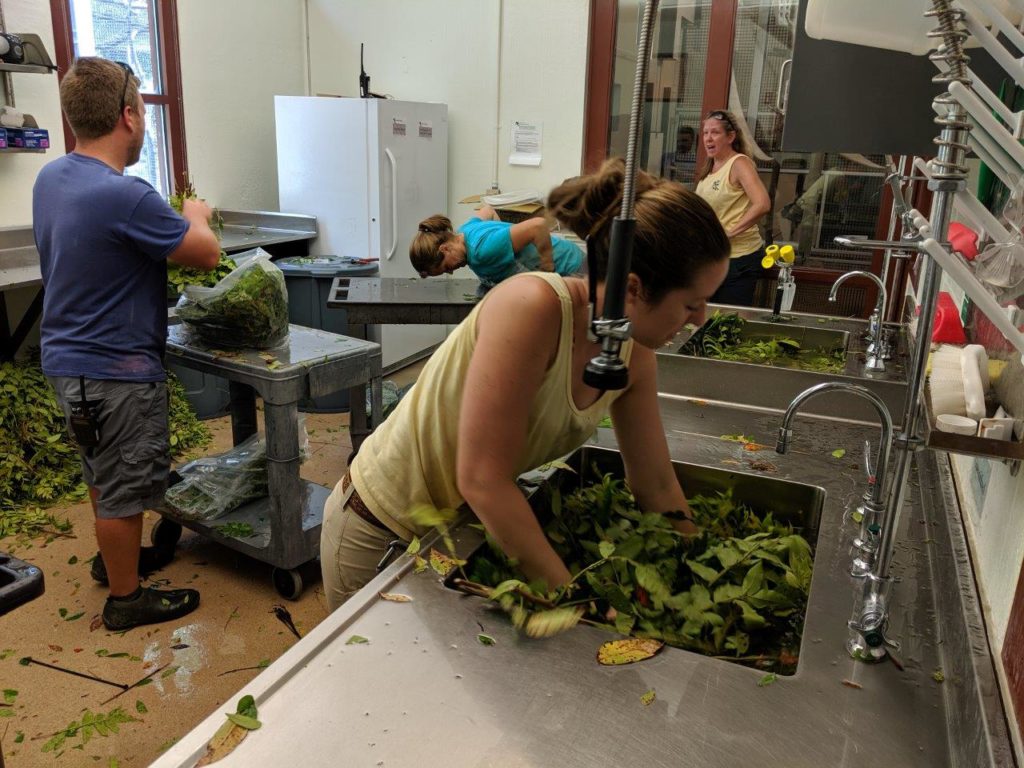 We give fresh browse to our sifakas in the summer, but in the winter, we feed out frozen sumac. Every fall, the sumac is cut from various locations around Durham and then washed, bagged, and frozen the same afternoon.

It’s that of year again: DLC technicians, equipped with ample supplies of sunscreen, bug spray, water, and clippers, are heading out into the field for the annual month-long period of sumac harvesting! The Lemur Center’s seven chest freezers, all empty since the start of spring, need to be filled with freshly harvested sumac leaves so that our sifaka colony will have ample browse this winter. The first frost is still two to three months away, but now is the time to harvest the sifaka’s favorite leaf, for if the process is delayed too long and the summer becomes unexpectedly hot or dry, sumac condition in the field can quickly deteriorate.

Ideally, sumac patches harvested by DLC crews for winter browse need to be a relatively short drive from the center (less than 30 minutes); some distance away from busy roads or power line cuts (where poison might be sprayed); and sumac-rich enough to fill at least half a freezer. Over the years, reliable sumac patches have dwindled as more of the area falls to development. Hence, in this age of shrinking sumac, a longer drive becomes inevitable. An extraordinarily reliable source of sumac for the past seven years, which involves a bit of a field trip to reach, is a privately-owned estate east of Chapel Hill, NC. The owners have been kind enough to allow DLC harvesting crews access to their land (which is actually the owner’s backyard) and they leave most of their fields un-mowed, allowing the abundant sumac ample time to grow.

This year the DLC sent a crew of five sumac harvesters along with Wes Phillips and a Kawasaki mule on a trailer to the estate, which allowed for the harvest of a record amount of sumac. Supervisor Britt Keith estimated that the DLC’s seven chest freezers hold around 300 bags of sumac, and that this particular expedition yielded 132 bags — over 40% of the DLC’s winter sumac needs collected in one hot, buggy morning! 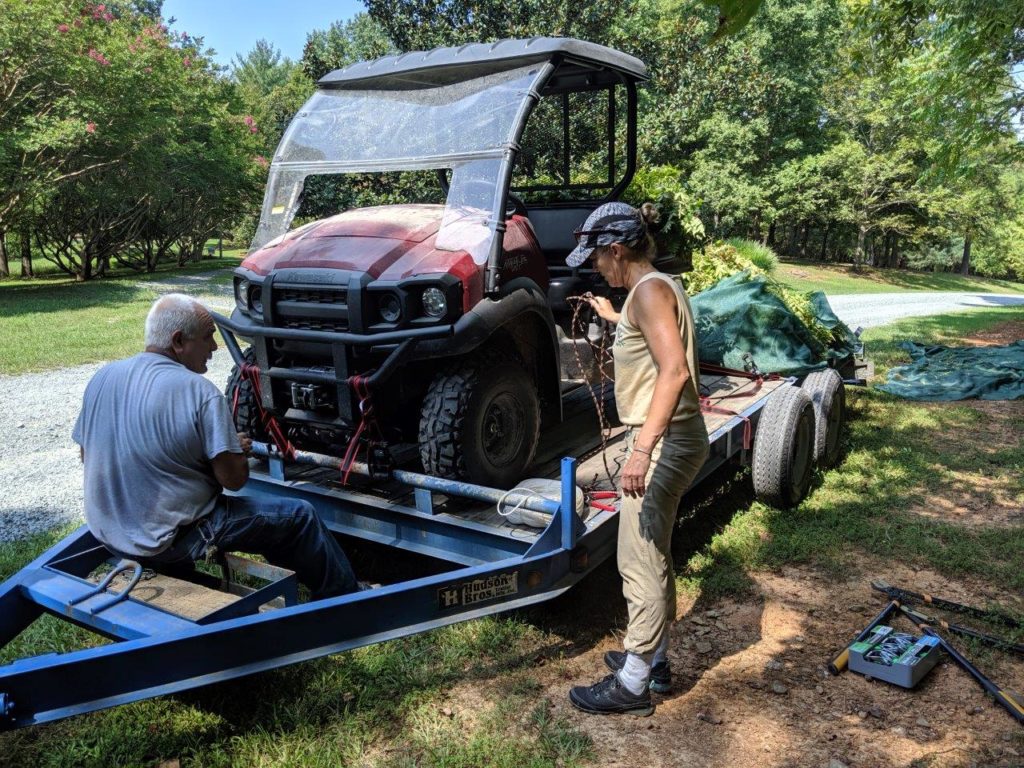 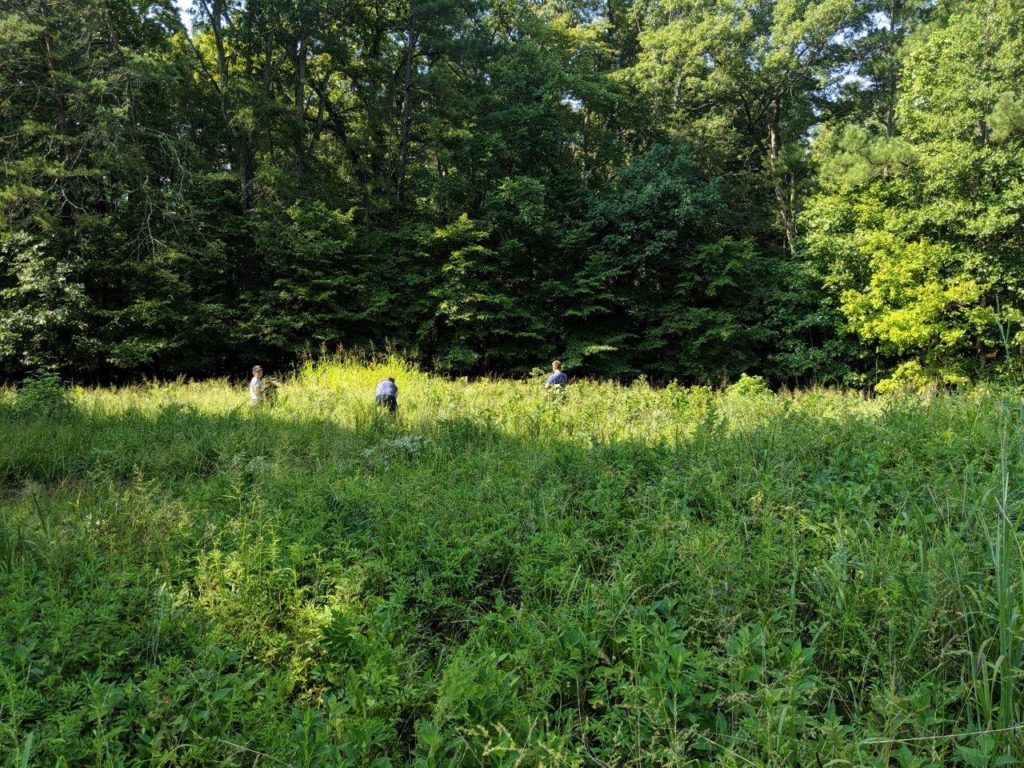 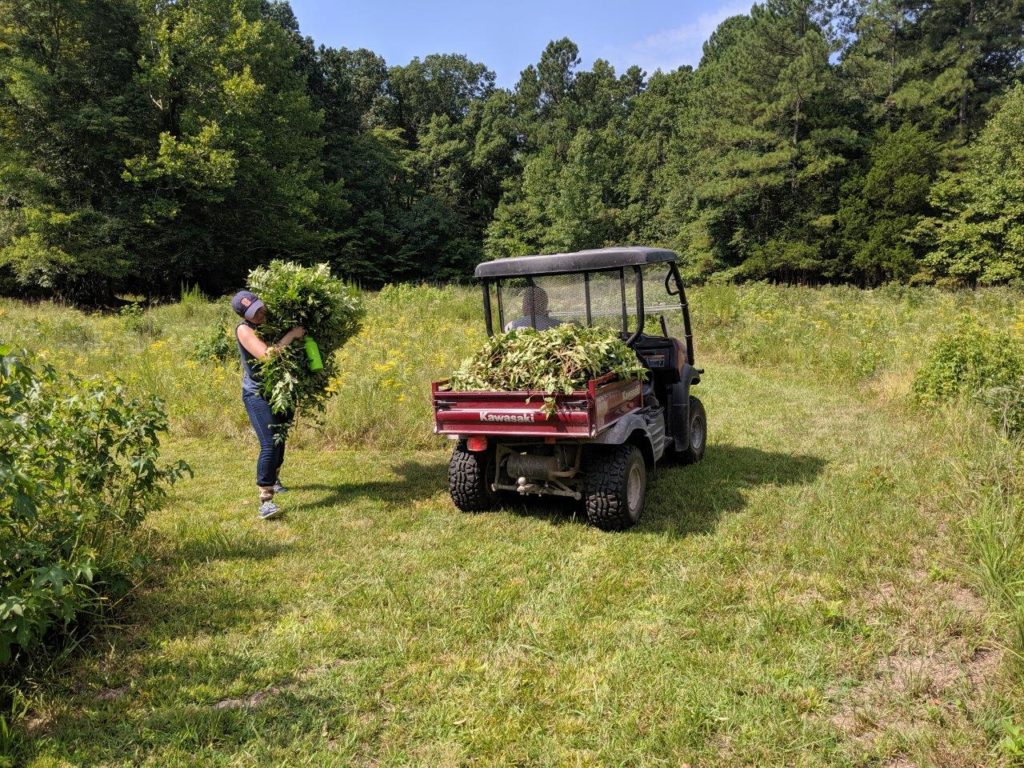 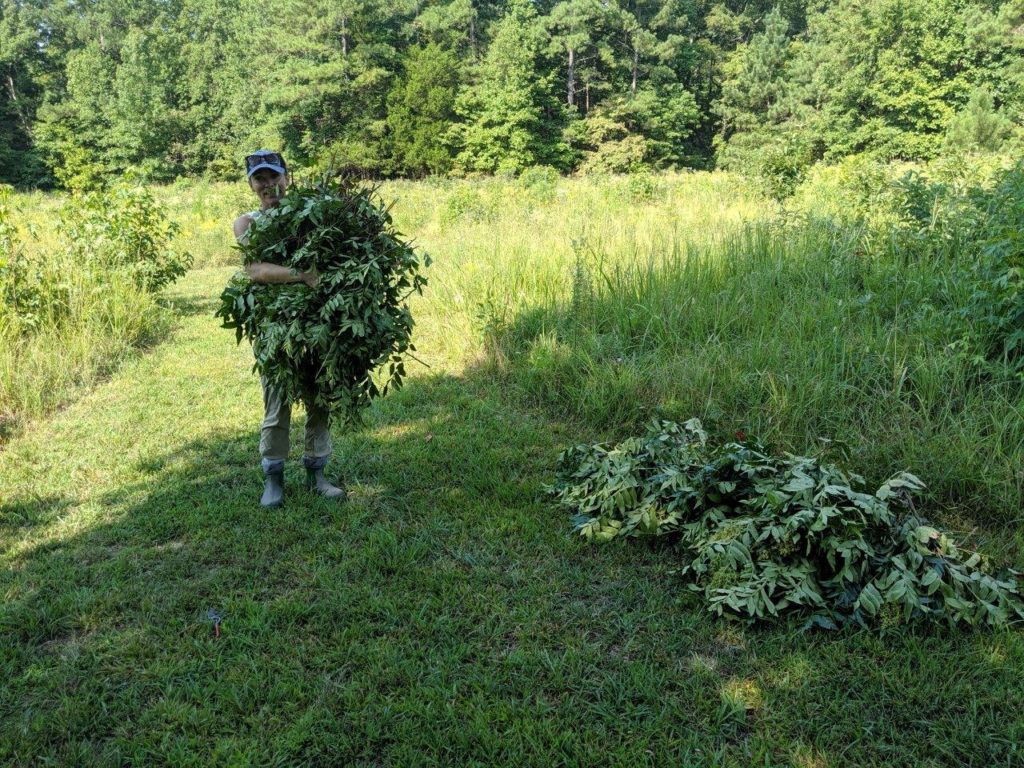 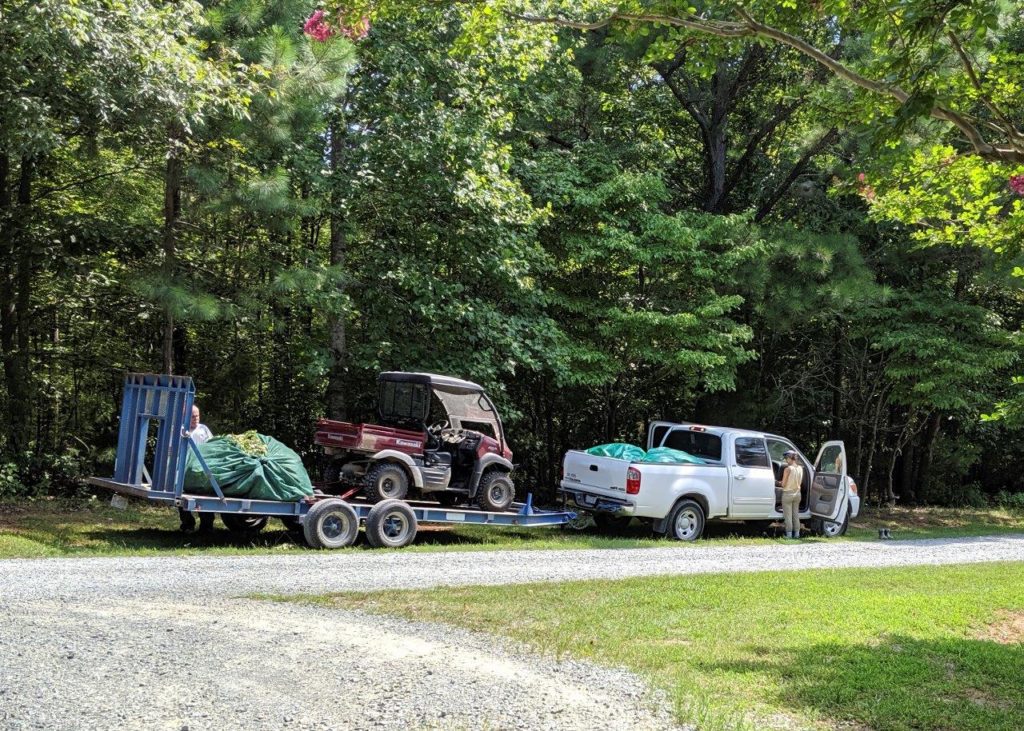 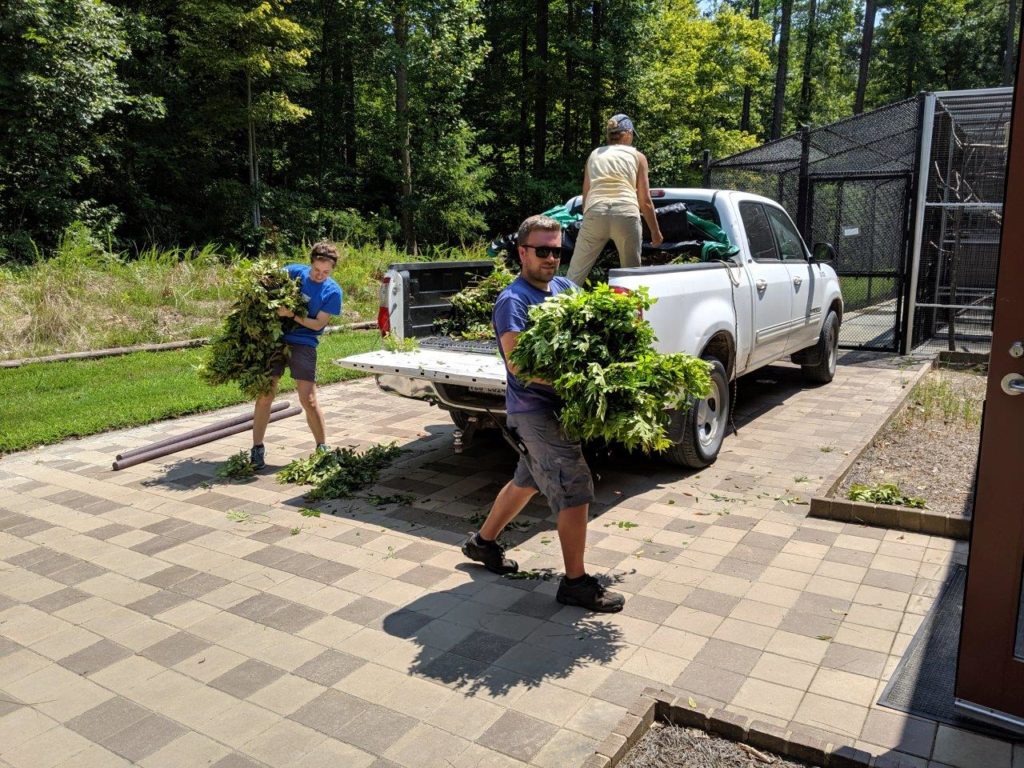 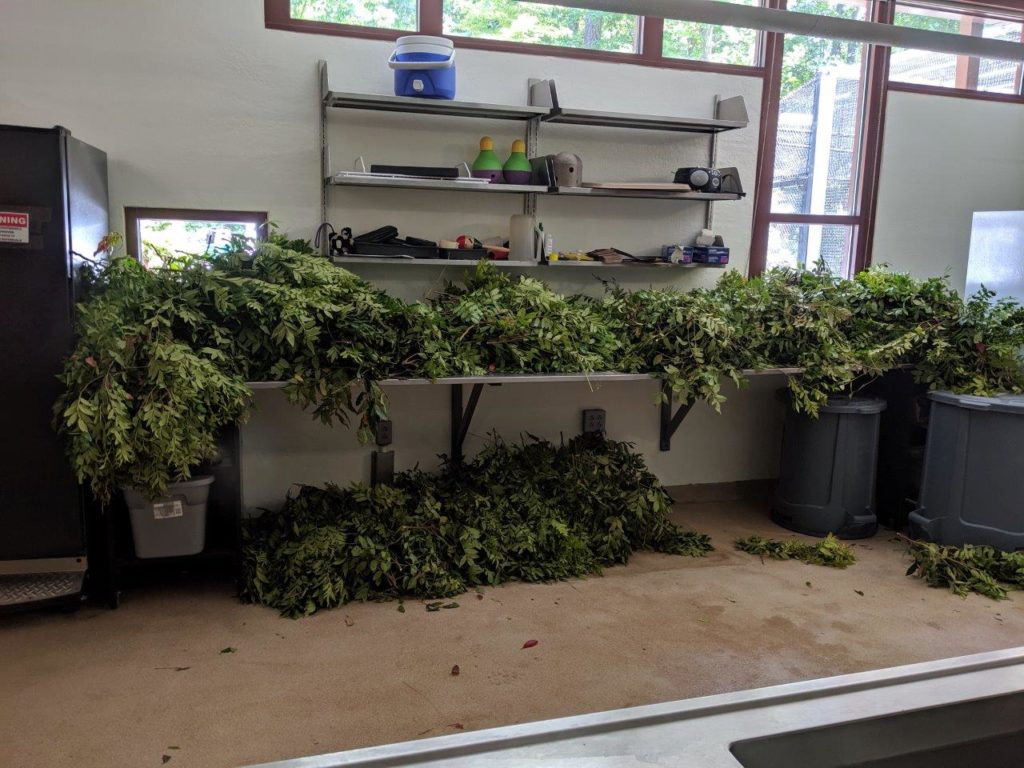