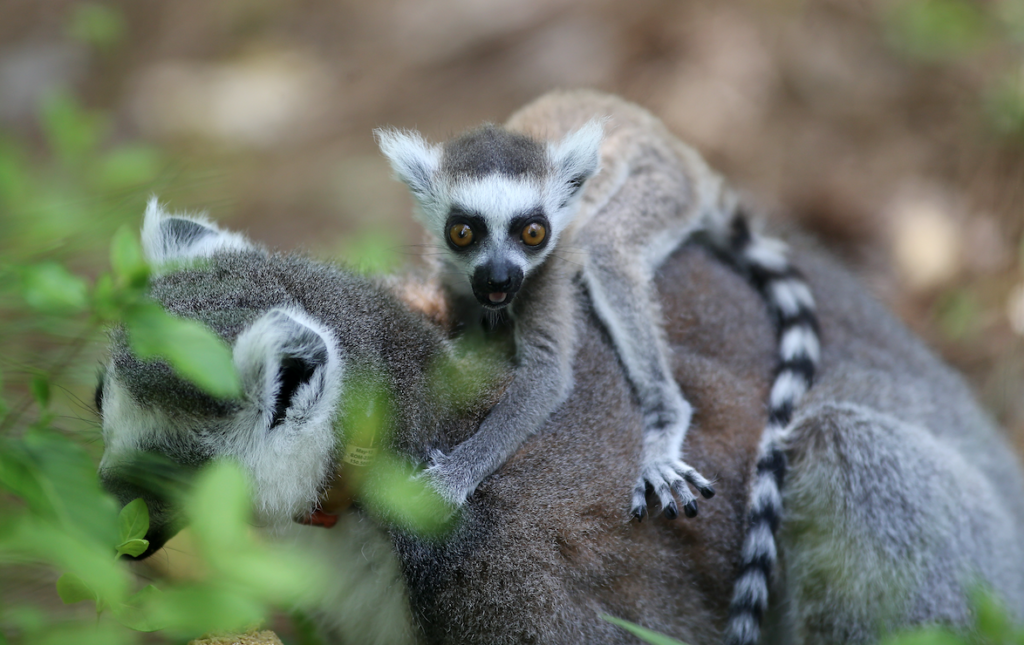 Atticus was born on March 23rd to first-time parents Alena and Stewart. He is one of two new ring-tailed lemurs born this year at the Duke Lemur Center. Photo by Robert Karp.

For the first time since 2016, there are baby ring-tailed lemurs at the Duke Lemur Center! For the final days of Baby Week 2021, we are so excited to share Atticus and Scout!

Although endangered in Madagascar, ring-tailed lemurs are the most common lemur species in human care. Because the population is so large and genetically diverse in the United States, breeding opportunities don’t come around often—in fact, it had been five years since our last ring-tailed lemur infants! Last fall, animal care staff were invited to play matchmaker, working with the Species Survival Plan in place for ring-tailed lemurs to determine which pairs would produce the most genetically distinct offspring. Ultimately, two new breeding pairs were created: Sierra Mist and Licinius, parents of Scout; and Alena and Stewart, parents of Atticus! By regulating the number of infants born into human care every year, Species Survival Plans help endangered species stay genetically healthy and make sure there is always enough space in facilities like the Duke Lemur Center. 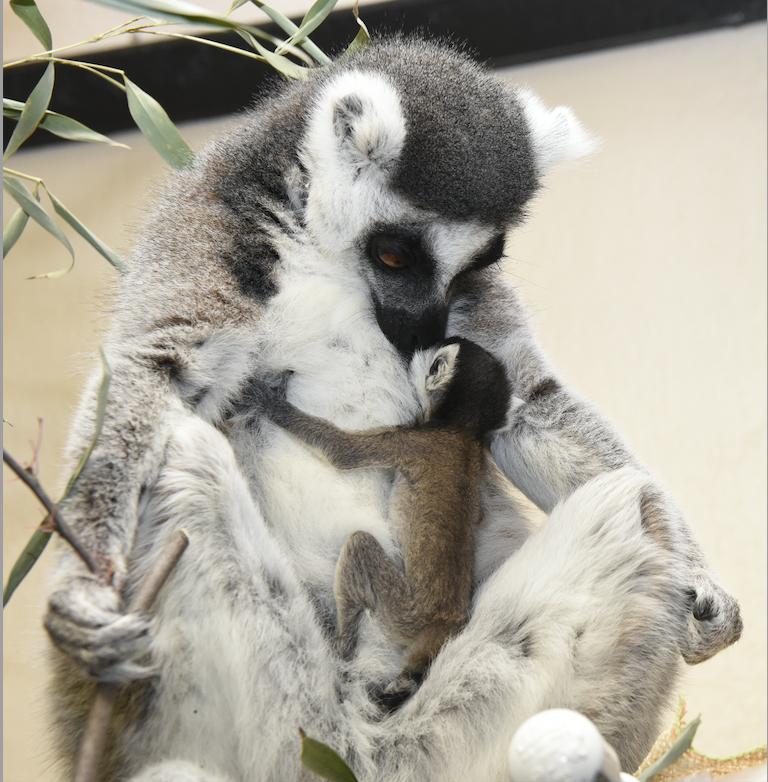 Scout was born on April 1, 2021. Since her arrival, she has grown into a bold youngster, making the most of her family’s forested enclosure. Photo by David Haring. 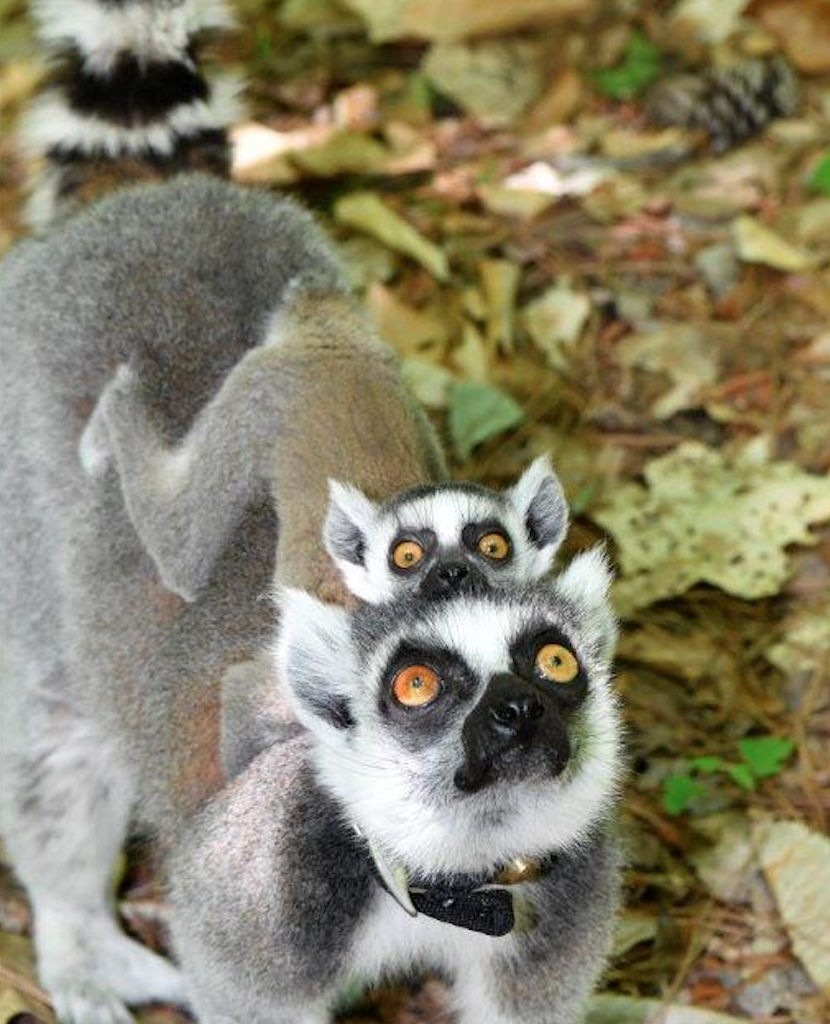 Scout doesn’t spend as much time with her parents as Atticus does, but Sierra Mist is always nearby to give her daughter a ride. Photo by David Haring.

Scout has definitely embraced her fearless namesake, frequently exploring her forested habitat on her own, although she stays near her parents. She has been seen off of her mom, nibbling on flowers and fresh leaves. 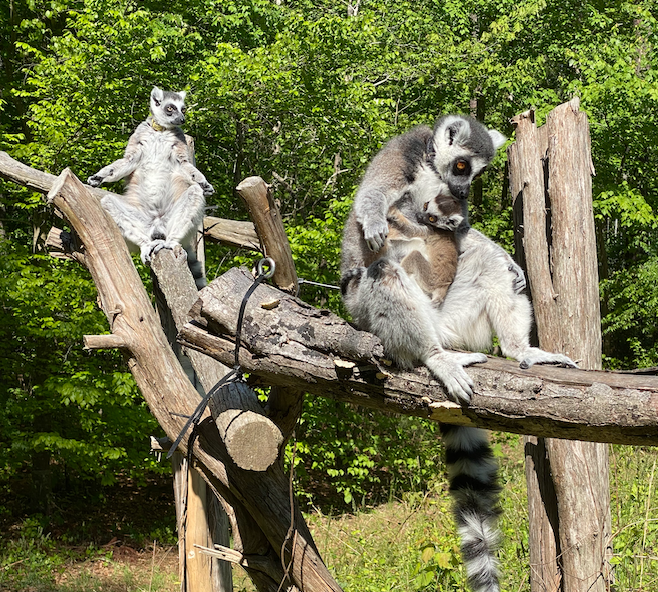 In ring-tailed lemur society, females are dominant over males. Mom, Sierra Mist, has full control of how much time Licinius spends interacting with Scout. He is very respectful of their space. Photo by Jodi Stirk.

Dad, Licinius, is one of the DLC’s oldest lemurs. At 28, he is a perfect gentleman, respecting dominant female Sierra Mist’s space and spending as much time with Scout as she allows. The family spends their days exploring their seven-acre Natural Habitat Enclosure, frequently resting with and grooming one another. 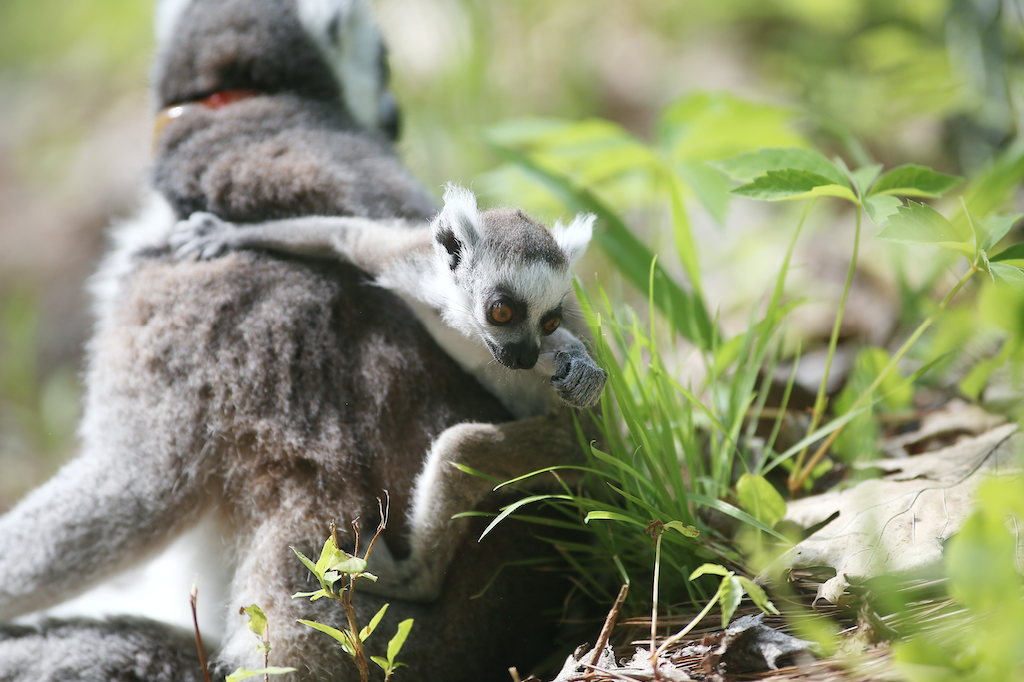 Atticus does his foraging from his mom’s back. Alena is a little nervous to let her first infant out of her sight. Photo by Robert Karp.

Atticus’s family, on the other hand, is a little less focused on adventure. Although Alena and Stewart are experienced free-rangers, they have not experienced parents. Alena is less comfortable letting her new son explore on his own, so he spends much of his time on and around her. Atticus doesn’t seem to mind his helicopter mom too much and has taken advantage of the extra nursing time he has been allowed. 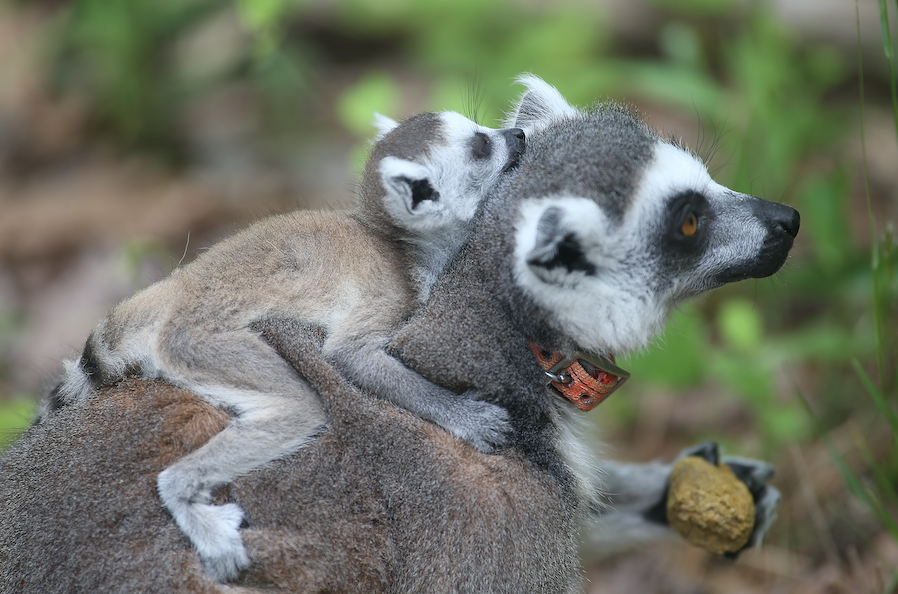 Watching lemurs grow up in the forest while learning from their parents is one of the very best parts of the Natural Habitat Enclosures of the Duke Lemur Center. We can’t wait to share even more photos and videos of this duo, and all of our other Baby Week 2021 infants. Make sure you are following us on social media to see their adventures, and thank you for celebrating with us!

The Duke Lemur Center has welcomed numerous infants this summer through our conservation breeding program, and we’re announcing five—yes, FIVE! —of the newest babies this week!

Here’s how to make sure you don’t miss ANY of these special announcements, or the accompanying photos and videos:

Meet our other BABY WEEK infants:

How you can help ring-tailed lemurs

Send a “baby shower” gift: Make a lemur’s day by sending a special gift in Scout and Atticus’s honor via the DLC’s amazon.com wishlist!

Contribute to our little literary lemur’s “scholarship fund”: Did you know it costs $8,400 per year to care for one lemur at the DLC—including Scout and Atticus?  We rely upon donations from individuals like you, who personally invest in our work to care for lemurs and protect their habitat in Madagascar. To learn more about the DLC’s “return on investment,” please see our stewardship booklet and 2020 director’s report.

Adopt a ring-tailed lemur: If you want to learn more about ring-tailed lemurs AND help support their care and conservation, please consider symbolically adopting through the DLC’s Adopt a Lemur Program! Your adoption goes toward the $8,400 per year cost it takes to care for each lemur at the DLC, as well as aiding our conservation efforts in Madagascar. You’ll also receive quarterly updates and photos, making this a fun, educational gift that keeps giving all year long! Adoption packages start at just $50. Please visit our Adopt a Lemur homepage to learn more.

A heartfelt THANK YOU for your support —we couldn’t do this work without you!