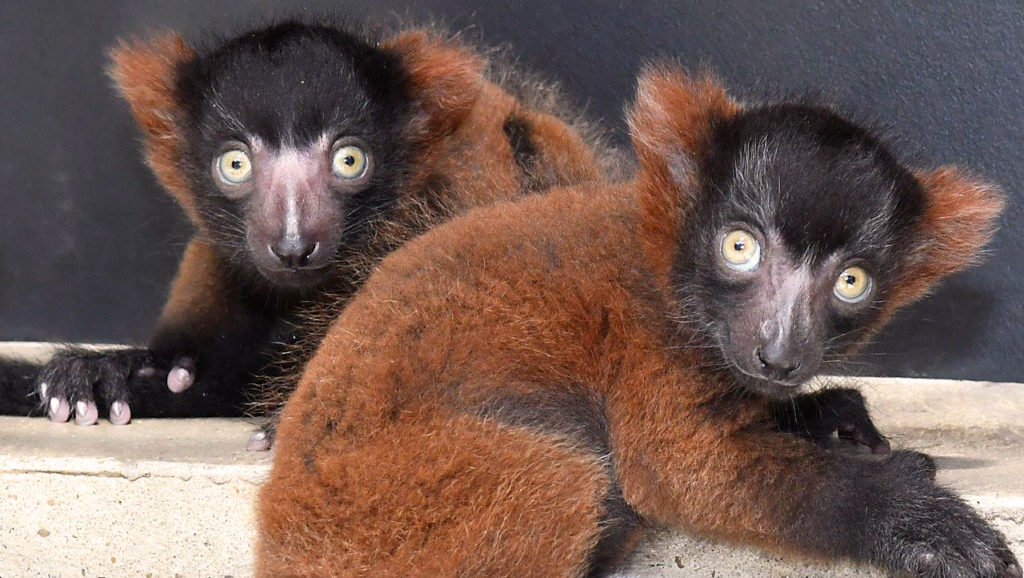 Critically endangered ruffed lemur (Varecia rubra) infants Judith and Mae were born at the Duke Lemur Center on May 14, 2018. Photo by David Haring.

The Duke Lemur Center is delighted to report two new additions to the critically endangered red ruffed lemur family! Infants Mae and Judith were born on May 14, 2018 to parents Pandora and Comet. The twin sisters are already super active youngsters, making sure to explore every ramp and doorway they can find!

Keeping in tradition with last year’s ruffed lemur infant Buzz (after Buzz Aldrin who, with Neil Armstrong, was one of the first men to walk on the moon), Mae and Judith are no exceptions. The little ladies are named after the first African-American female astronaut Mae Jemison and Challenger mission specialist Judith Resnik.

Red ruffed lemurs have an extremely restricted range in the wild. They are only found in the primary forests of the Masoala Peninsula and the region north of the Bay of Antongil in northeastern Madagascar. The lemurs are typically found to live in moist, tropical, low-lying forest with tall trees.

Sadly, the survival of this CRITICALLY ENDANGERED species is threatened by human encroachment and hunting. Habitat loss from deforestation as well as frequent natural disasters like cyclones are only a couple of the numerous threats against this species.

Lemurs like Buzz, Mae, and Judith are crucial for the survival of their species. Together, they and other lemurs at accredited zoos and conservation centers around the world create a “genetic safety net” that helps sustain a healthy and genetically diverse population of red ruffed lemurs for the long-term future. 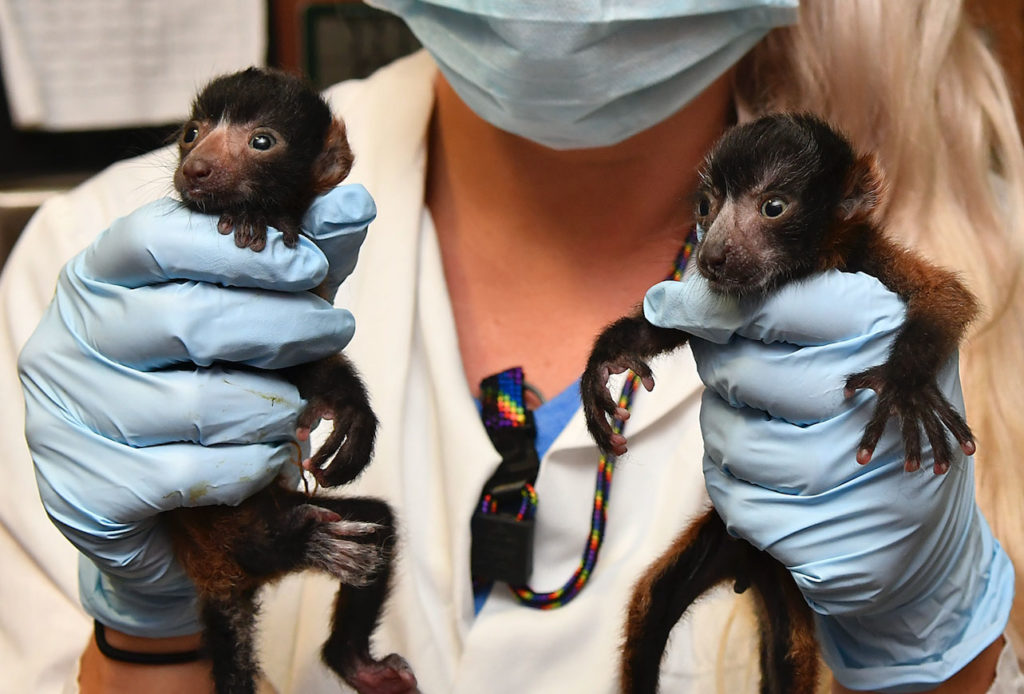 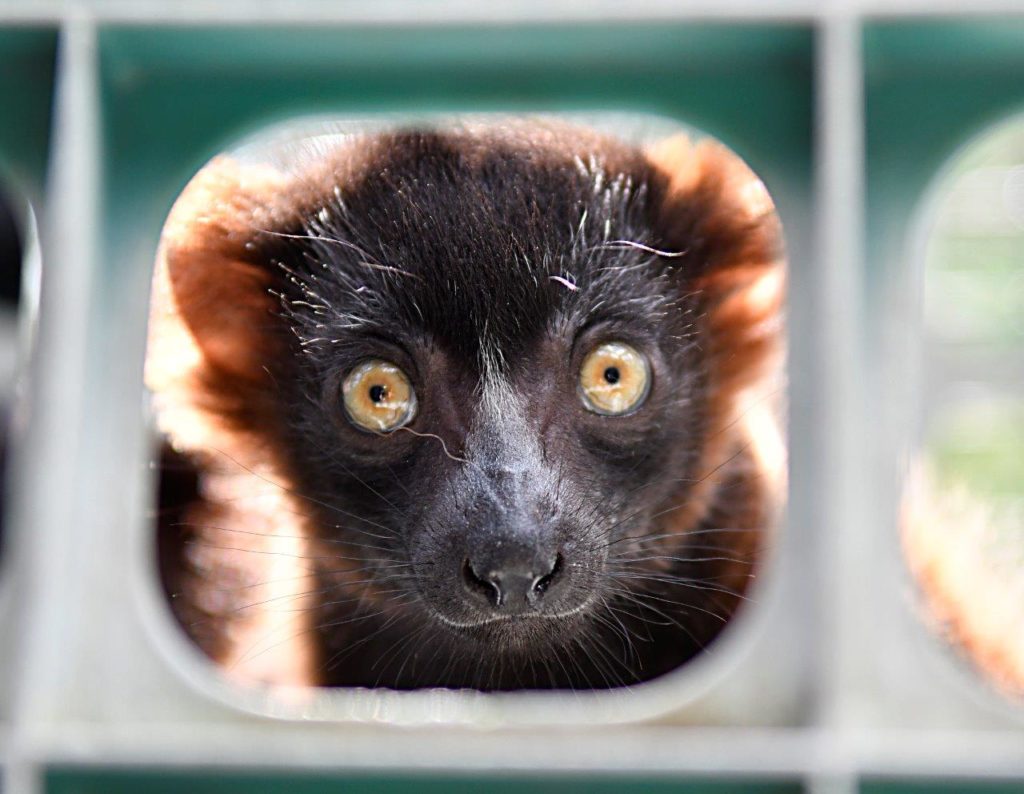 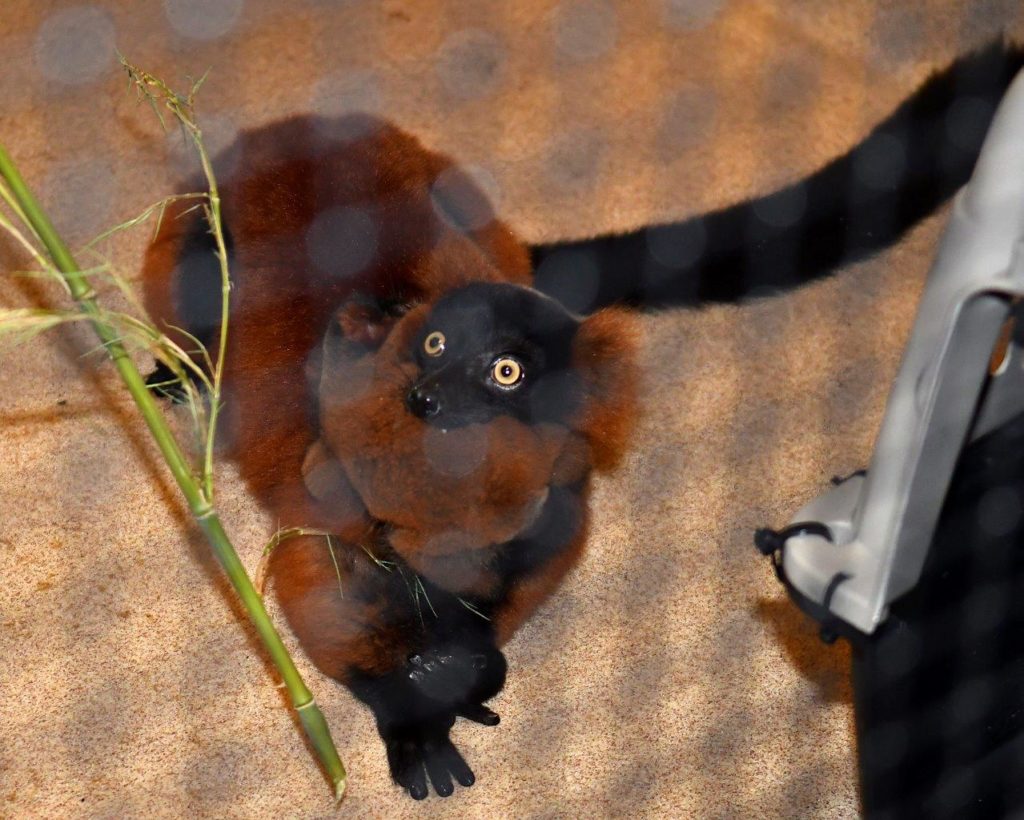 Pandora carrying one of her twins in her mouth. Because ruffed lemurs don’t carry their infants on their backs/bellies like other lemurs, they mouth-carry them instead. Photo by David Haring. 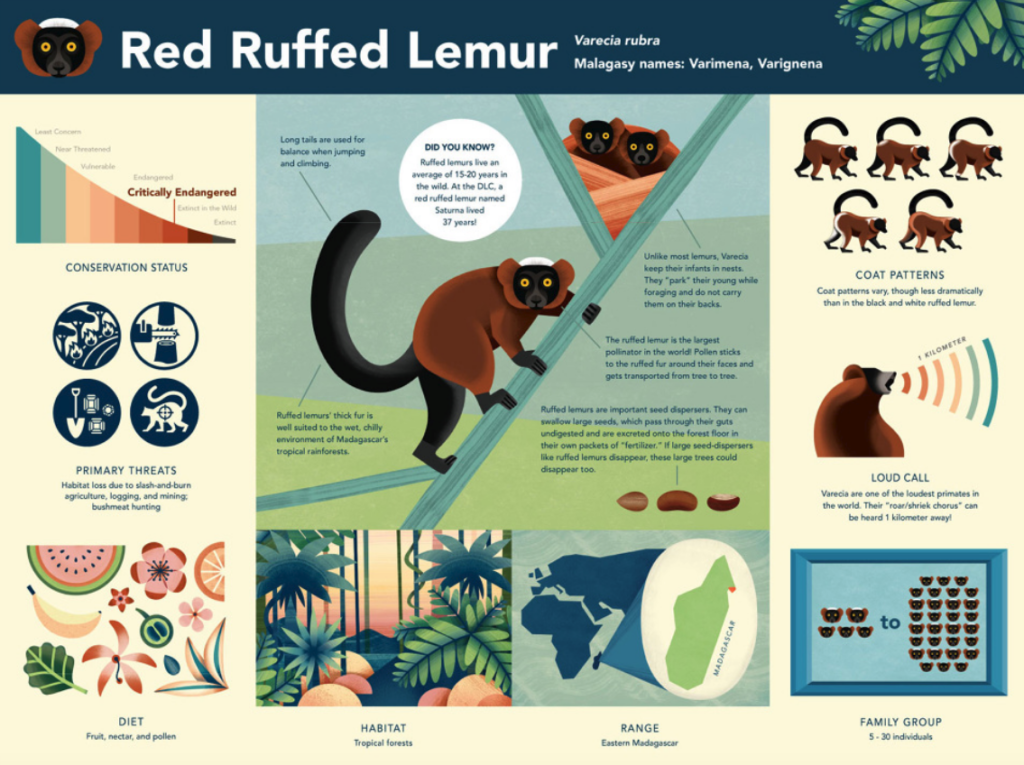