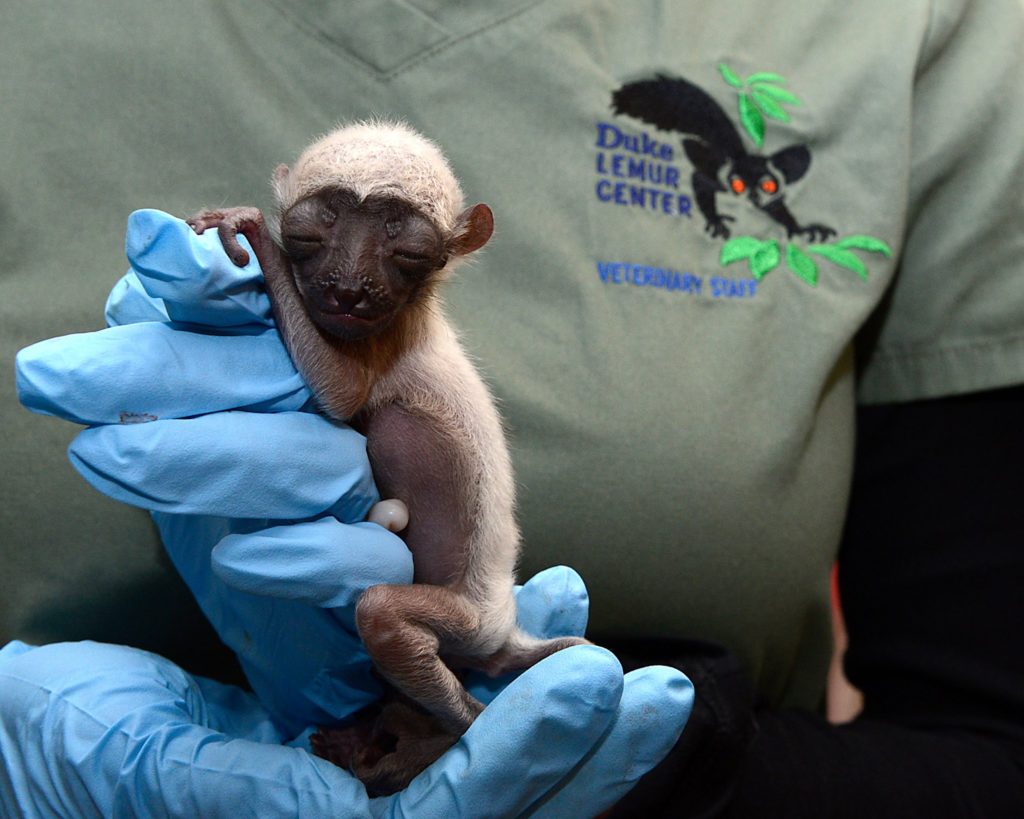 The Duke Lemur Center is accredited by the Association of Zoos and Aquariums (AZA) and works within a network of other AZA-accredited institutions nationwide to develop and adhere to Species Survival Plans (SSPs), which use carefully planned conservation breeding programs to create a genetic safety net for rare and endangered species.

SSPs outline the breeding plans for each species as determined by a team of experts, which selects breeding pairs of males and females based on how genetically valuable their offspring would be to the captive population. The goal of each SSP is “to ensure the sustainability of a healthy, genetically diverse, and demographically stable population for the long-term future.”

Because we work within a network of excellent and responsible zoos, conservation partners, and other facilities, breeding plans are managed cooperatively. This means that, if the breeding recommendations aren’t in-house, we may send one of our lemurs to another facility for breeding or even receive a new male or female to pair with one of our lucky residents. For example, our new female crowned lemur, Sanura, was recently transferred from the Cleveland Zoo to the DLC because the SSP had determined that she’d be a good genetic match for Zuberi, one of our resident males. In this way, facilities across North America (and even around the world) all work together to build and maintain a genetically viable population of each species we care for and breed.

Because of the continuing pressures of population growth, poverty, and forest habitat destruction, it’s a very real possibility that some species of lemur could go extinct in the wild. If they do, then those species’ survival will be based solely on animals surviving within human care.

This is why genetic diversity among our lemurs is so important. The more genetically diverse a population is, the more resilient it is, the healthier it is, and the better it can adapt to environmental pressures — crucial factors in the fight to protect lemurs from extinction.

At the invitation of the Government of Madagascar, one of the DLC’s newest conservation initiatives is to develop a conservation breeding program for Madagascar’s zoos, and to help the island’s zoos and wildlife parks establish best practices in lemur care. In doing so, the DLC has the opportunity to improve the care and welfare of over 600 lemurs representing 20 endangered species, housed in 14 licensed zoos across Madagascar. This initiative may protect these species from extinction by maintaining a population of lemurs that one day may be the best candidates for reintroduction to Madagascar’s forests, to reinforce or re-establish wild populations.

The Duke Lemur Center is uniquely qualified to build and manage such a program, given our long history caring for lemurs and our 35+ years’ conservation and research experience in Madagascar.